The whodunnit tipped to be this summer’s must-read: Debut novelist wins comparisons to Agatha Christie with gripping story about a drunken night out – and an ending that reviewers say is ‘impossible’ to predict

A debut novelist has won comparisons to Agatha Christie with her gripping whodunnit which reviewers have hailed as ‘impossible’ to predict.

Caitlin Wahrer, from Maine, is set to release her first book The Damage, which documents the fall-out from a drunken night out which ends in the main character being hospitalised, later this summer.

The plot jumps between 2015, when the attack took place, and 2019, when the terminally ill detective who took on the case opens up in a final conversation about what happened in the fallout from the attack.

Reviewers have said the book is an ‘all-consuming read’ while calling the gripping ending ‘head-spinning and impossible to guess’. 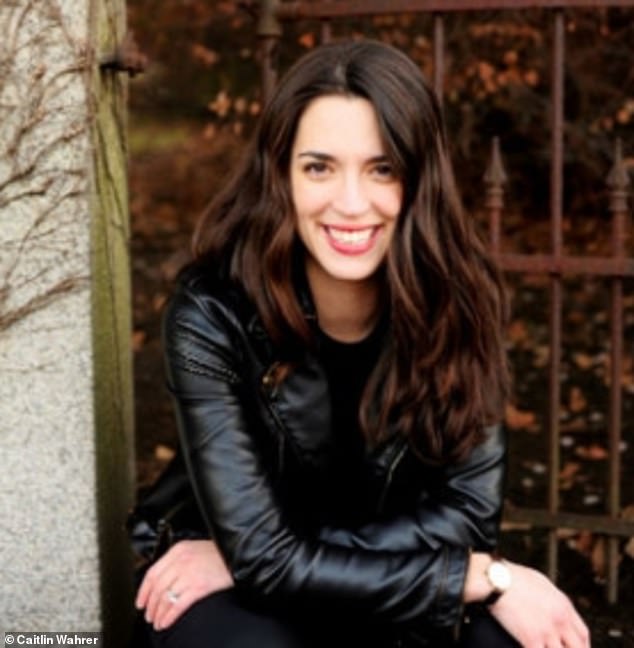 Caitlin Wahrer, from Maine, is set to release her first book The Damage, which documents the fall-out from a drunken night out which ends in the main character being hospitalised, later this summer

Caitlin’s debut novel follows Nick Hall, who is a ‘a junior in good standing at the University of Maine, Salisbury’ as he is stood up by a man on a date.

He ends up meeting an ‘uncomfortably handsome’ stranger who introduces himself as Josh instead while buying tequila shots in the bar.

The following day, Nick wakes up from a violent sexual assault, beaten bloody in an unknown motel room and unable to remember what has happened.

‘Josh’ is untraceable but forensic evidence and a photograph taken by a friend identifies him as Ray Walker, who is quickly arrested.

Because of Nick’s sexuality, the rape quickly becomes hot fodder within their small town community.

The plot documents the fall-out from the attack from the point of view of several different characters, including Nick’s older half brother, Tony, who is enraged by the assault and desperate to seek revenge.

Ray, out on bail, continues to dispute his version of what happened and insists the sexual encounter was consensual. 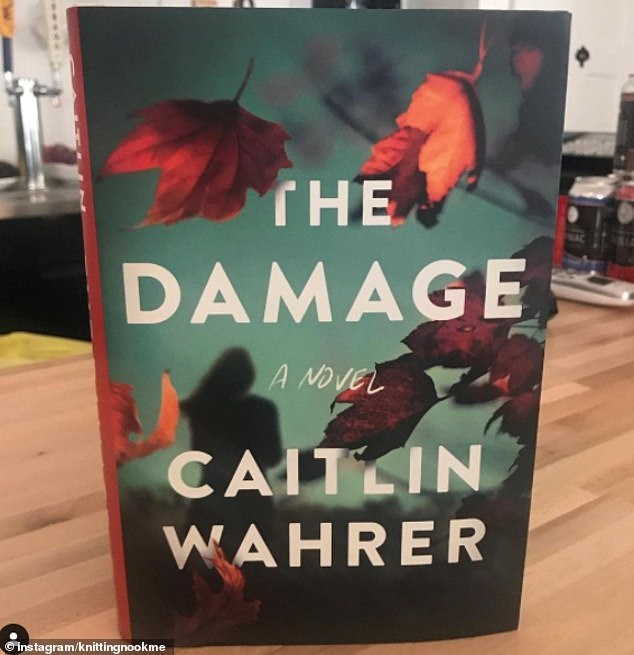 Meanwhile Tony’s wife Julia, who is a defense lawyer, grows increasingly concerned about her husband’s threats, while detective John Rice works on the case.

She begins to realise ‘the naive little house cat who believed in rules and order was being toppled by the puma who knew that some days, the only law is kill or be killed.’

Eventually, Raymond disappears before the trial and questions are raised over whether Tony has anything to do with the disappearance.

Caitlin, who was born in Maine, left the state for college but returned to attend law school and practice law.

She now practices civil litigation in Portland, and lives with her husband, also a lawyer, and their son.

She has worked on cases involving some of the broad issues she writes about in The Damage.

The lawyer hit the headlines in 2017 for arguing an Augusta man convicted of sexual assault against a child that statements he made to authorities shouldn’t have been allowed at trial, because the police officer displayed ‘excessive friendliness.’ 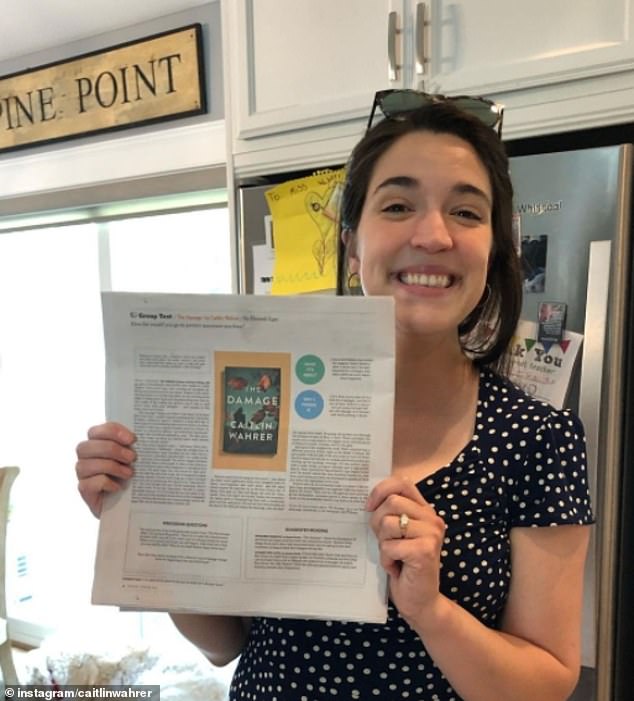 Caitlin, who was born in Maine, left the state for college but returned to attend law school and practice law

Reviewers have heaped praise on the debut novel, with the Elisabeth Egan writing in the New York Times: ‘We won’t learn the real reason for their post-mortem until the end of the book; all is revealed in a head-spinning, Agatha Christie-style wrap-up.

‘(I don’t care how good you are at predicting the outcome on ‘Law and Order.’ You won’t predict this one.)’

Meanwhile horror writer Stephen King hailed it a must read on your summer list.

He wrote: ‘The Damage pulled me in from the first page with smart narration, characters I cared about, a hold-your-breath plot, and a terrific final twist. Put this one high on your summer list.’

‘With a consummate authorial hand, Wahrer weaves a brilliantly layered story of a horrific crime and how it forces each member of a loving family to confront the harrowing question of what kind of person they truly are.

‘The style of this novel is as elegant as the characters are breathtakingly real and the plot undeniably compelling.’