SARAH VINE: It’s the poor Queen who is being punished by Prince Harry’s diva drama

Let me get this straight. Prince Harry will not be attending the memorial service for his late grandfather, the Duke of Edinburgh, on March 29. But he will be flying to the Netherlands in mid-April to attend the Invictus Games, a sporting event for military veterans that he founded in 2014. Wow. Even by his low standards, that’s low.

Actually, why am I even surprised? If it’s a choice between doing something selfless for his long-suffering grandmother and looking after his own interests, then it’s obvious from the past few years which one this petulant Prince is going to choose. There’ll be no shortage of adoring fans to welcome him in the Hague; the reception back home might be a tad more critical. And, as we know all too well, Prince Harry doesn’t take kindly to criticism.

Harry hasn’t actually provided a reason for not attending the memorial, but his decision comes in the midst of his battle with the Home Office about the provision of his security when he does deign to visit his family in Britain.

According to his lawyers (the Prince mostly communicates through lawyers these days), he ‘does not feel safe’ in the UK. This is because the Home Office is refusing to provide bells-and-whistles police protection for him on the grounds that he no longer lives here or carries out any official duties. 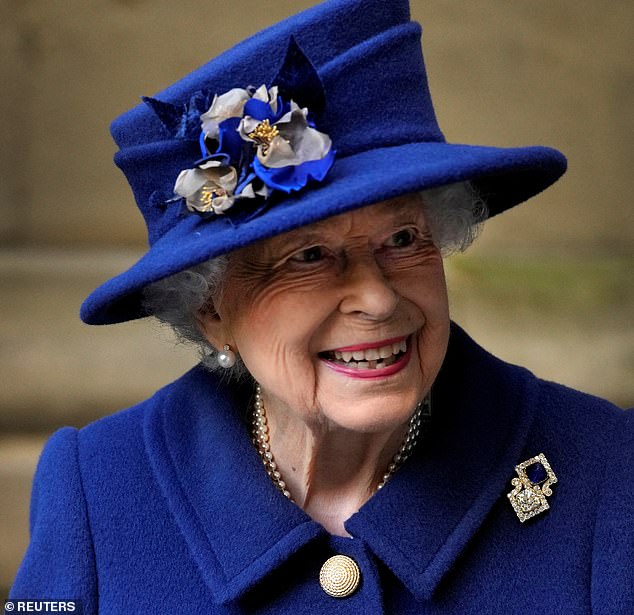 If it’s a choice between doing something selfless for his long-suffering grandmother and looking after his own interests, then it’s obvious from the past few years which one this petulant Prince is going to choose

As with all rich and entitled people who find themselves in the unfamiliar position of not being able to obtain exactly what they want, the Prince has offered to pay the bill. But still the Home Office has said no, on principle. The dispute is ongoing.

Intriguingly, Harry has been granted ‘exceptional’ status – which means full police protection can be provided to him on a case-by-case basis. So it’s quite possible the Home Office would have arranged security for him at Prince Philip’s memorial. In any case, most of the time he’d have been part of the Royal entourage, which is positively bristling with security.

Even if the Home Office had said no, this whole not feeling safe assertion is absurd. It’s not like Harry would have had to stay in some cheap Airbnb in Hounslow and struggled to the service in an Uber. He’d still have access to Frogmore Cottage, which is in secure grounds in Windsor Castle. And I’m sure he could have cadged a lift to and from the service with one of his cousins. He could even have spent a night or two at his brother’s, or his dad’s –although it might have been a little awkward, given all the things he and his wife said about them to Oprah.

Even so, I’m sure Charles and William, both skilled diplomats, would have glossed over all that for the chance to spend a bit of time with him. But this is Harry. He is such a diva, there HAS to be drama.

Seriously, Mariah Carey has nothing on our Prince Harry. 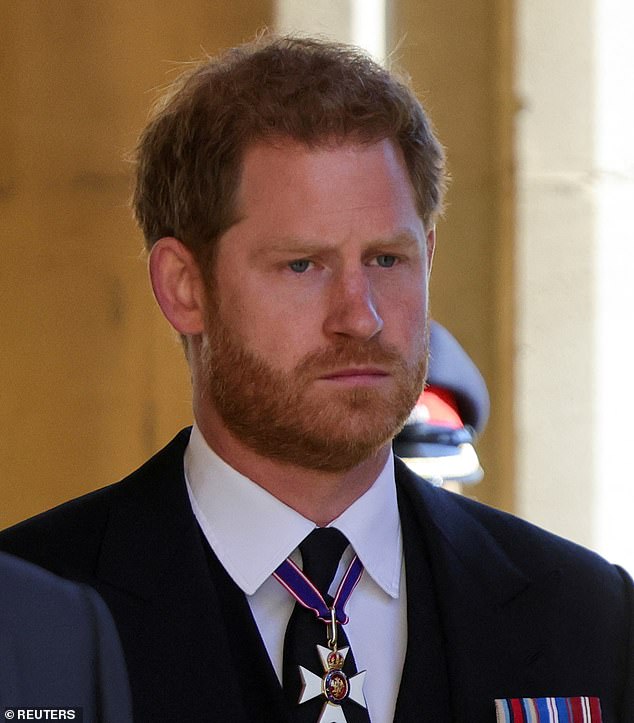 Seriously, Mariah Carey has nothing on our Prince Harry. Mostly, I feel sorry for the Queen

Mostly, I feel sorry for the Queen. Harry being a selfish, spoiled prat is one thing, but brutally letting down a 95-year-old woman who has spent her entire life in the service of others is quite another. The British public, even those who don’t entirely agree with the Monarchy, are very fond of Elizabeth II. Over many decades, she’s demonstrated that she’s a thoroughly decent person who, quite honestly, does not deserve to be treated in such a shoddy way by her own grandson.

Whatever Harry’s reasons for saying ‘no’ to his memorial invitation, there is something deeply distasteful about it all. The same, by the way, goes for choosing a highly personal pet name for your daughter – Lilibet, the name the late Duke affectionately called his wife – but then not bothering to bring the child to meet her namesake. Lilibet is nine months old now, and no one’s seen hide nor hair of her.

Some are even starting to wonder whether she will ever visit the UK during the Queen’s lifetime. It’s almost as though they chose that name less as a gesture of genuine affection and more because it suited their purposes.

Given Harry’s latest craven decision, I really wouldn’t put that past him.

Kim Kardashian bemoans the fact that ‘nobody seems to want to work these days’ and encourages women to ‘Get your f***ing a** up and work’. I guess she would know.

After all, she’s made a career out of getting her ‘a** up’ – or maybe that should be ‘out’ – at every available opportunity.

Bottom line: it’s precisely because of people like Kardashian that young women think all they have to do to strike it rich is make a sex tape and post pictures of their bottoms on Instagram. If she can’t get the staff, she’s only got herself to blame.

In common with thousands of other householders, my energy provider, Shell – to whom I was assigned after the other lot went bust – emails to say my current direct debit of £236 a month will increase to just under £600.

The company’s boss takes home a salary of £6 million. Can someone explain again why the Government is ramping up National Insurance instead of imposing a windfall tax on energy firms?

For once, I agree with Lineker

It’s not often I agree with frightful Gary ‘fill your boots with licence-payer money’ Lineker, but his suggestion of an independent regulator to ensure a ‘fit and proper person test’ for football club owners strikes me as very sane.

The Government has finally deprived Roman Abramovich of control of Chelsea Football Club. But let’s not forget Everton and Arsenal also have Russian links in the recent past (via sanctioned oligarch Alisher Usmanov).

Newcastle Utd, meanwhile, is owned by the Saudi Public Investment Fund – chaired by Mohammad bin Salman, who presides over a regime guilty of a host of human rights abuses, not least abducting and killing journalist Jamal Khashoggi in 2018. It’s time British football took a long, hard look at itself – and cleaned up its act once and for all. 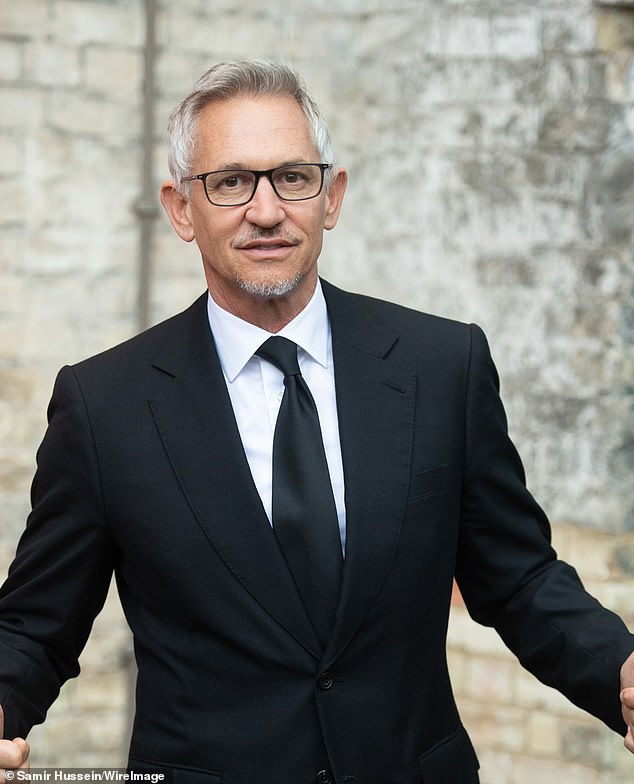 It’s not often I agree with frightful Gary ‘fill your boots with licence-payer money’ Lineker, but his suggestion of an independent regulator to ensure a ‘fit and proper person test’ for football club owners strikes me as very sane

That said, I have limited sympathy for the Russian Instagram influencer bawling her eyes out because the Kremlin is about to ban the social media platform.

No mention of the war – just self-pity. Wait until she finds out she can’t get any more lip filler. 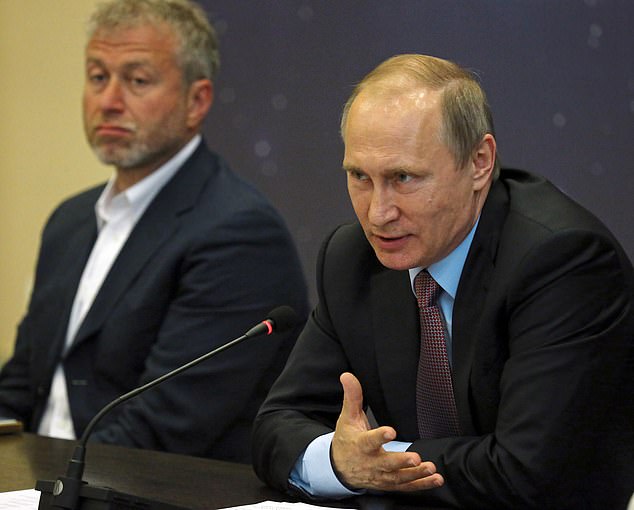 The weirdest thing about the latest pictures of Katie Price who, despite supposedly having no money and narrowly avoiding jail for drink and drug driving is celebrating her 13th boob job, is not the absurd size of her breasts but the odd location of her navel – it’s practically at her sternum. At this rate she’ll be wearing her nipples as earrings by the time she’s 50.

To the debate as to what constitutes a woman, Sir Keir Starmer adds his contribution: ‘A woman is a female adult and, in addition to that, trans women are women.’ That makes no sense. If a woman is a ‘female adult’, by which I presume he means an adult human with female reproductive organs, how can a trans woman, who does not have female organs, also be a woman?

Have you had a chance to watch This Is Going To Hurt, about a junior doctor’s experiences of life on a maternity ward? I’m a bit late to this party (it came out on iPlayer a month ago), but it has a mixture of dry humour and grimness that is so much part of the British psyche.

Ben Whishaw is outstanding as Adam Kay, the real-life medic who wrote the book on which the series is based. It should be required viewing for all Health Ministers.

I have a dream too: no clickbait

Martin Luther King was a giant of a man, someone who understood the power of language and the importance of balance and fairness.

So it has saddened me this week to discover that his daughter, Dr Bernice King, does not appear to have inherited his values.

She gleefully jumped on the ‘Prince William racist’ bandwagon after it was reported that he had said something about war in Europe being less common than war in Africa. 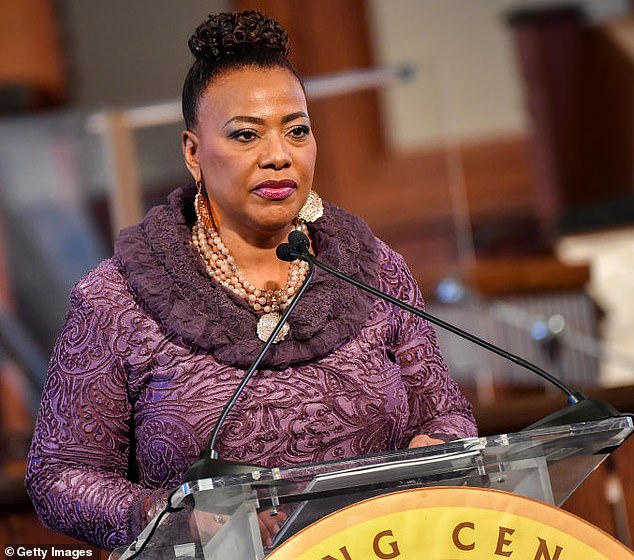 So it has saddened me this week to discover that his daughter, Dr Bernice King, does not appear to have inherited his values

This, according to Dr King, was an ‘horrific’ example of his in-built prejudice. When it then turned out that he had said nothing of the sort, merely that for his generation the idea of war in Europe felt quite alien, instead of acknowledging crossed wires and apologising, she doubled down.

One expects this sort of clickbait nonsense from Harry and Meghan sycophant-in-chief Omid Scobie (who put the story about in the first place). But shouldn’t a woman of Dr King’s standing know better?

Once again, US Vice-President Kamala Harris is filmed bursting into laughter at a question about the war in Ukraine.

And we’re not talking a grimace, or a wry smile; we’re talking full guffaw. Is there something wrong with her? If so, we should be told.

Bad enough America has a President who can’t tell the difference between Ukraine and Iran. It also appears to have a VP who thinks the indiscriminate killing of civilians is some kind of hilarious joke. 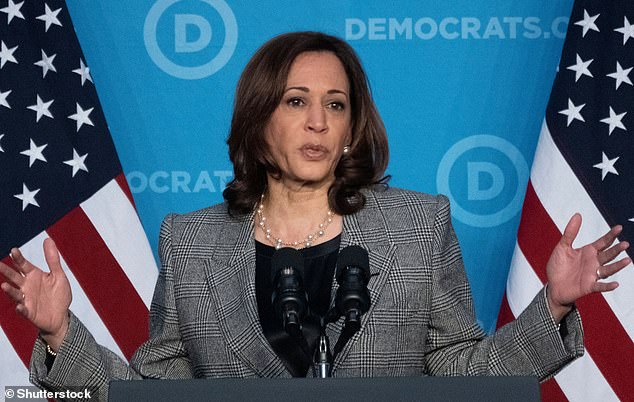 Once again, US Vice-President Kamala Harris is filmed bursting into laughter at a question about the war in Ukraine

Last week 68-year-old grandmother Pulvinder Dhillon was killed when a van crashed into the car she was in. It had stalled on the fourth lane of the M4 near Reading. As there is no longer any hard shoulder on that stretch, there was nowhere for her vehicle to go. The expansion of these so-called ‘smart motorways’ has been suspended pending further safety data. Doesn’t the mounting death toll tell you everything you need to know?