Kramer reveals what happened when she reunited with Mike for the first time since the split.

Jana Kramer returned to her now-solo podcast, Whine Down, this week to discuss how she’s holding up following her divorce from Mike Caussin.

She began this week’s episode by first thanking fans for sending their messages of support, after she returned to the podcast last week for her first taping after the couple’s split.

“Divorce sucks,” she told her listeners. “it’s a really awful feeling, I hate it, I didn’t want this.” She said she was trying to get out of that mind-frame however and start thinking about how she’s going to move forward. 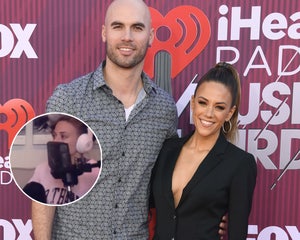 Jana Kramer Breaks Down In First Podcast Since Mike Caussin Split: 'It's Not F—ing Fair'

“I have to get myself off the couch and find a way now to try,” said Kramer, who, at the time she recorded the new episode, said she was still feeling “kinda numb,” had a “few good cries” earlier in the day and was still holding onto “a lot of anger” toward her ex.

“Right now I have a lot of resentment because of how things are going and it’s making me just angry, which I think I need to have a piece of angry so that way I don’t get too sad,” she explained to guest and life coach Cherie Healey. “I made the right decision, but I am starting to feel a little too much … I feel like someone is just take, take, take, taking. You took everything. You took my family away from me. That’s where I’m stuck right now at being angry.”

She then revealed what happened when Caussin asked whether he could come to her home and build bird houses with the couple’s kids; Jolie, 5, and Jace, 2.

“He hasn’t moved into his new place, so I let him come and see the kids, obviously,” she said. “And then I went out there, but then I got struck with this emotion, like, this isn’t real. I’m not ready to do this yet. I would have loved to have done this, but I’m still mad … I would love to do that, but I gotta go to the room. I can’t do this right now.” 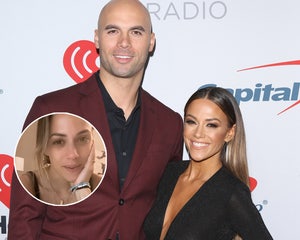 Explaining her current state of mind, Kramer said she fears she’s “going to resent him for the rest of my life for breaking up our family, and that seems so heavy to carry.”

Healey told her to try and keep her mind on the positives and told her that the best thing she and Mike can do is be good to themselves and find a way to display good, healthy love for their children with their future relationships.

“I was dreaming that it was always something that it wasn’t,” she said of her marriage to Caussin. “I don’t know if that image is actually real. It was real in my dreams. It’s real that I made it up that it was this happy family. That’s what I’m losing, this idea of what I’ve dreamt and prayed and fought for.”

Her new podcast comes after Kramer celebrated her first Mother’s Day as a single mom, saying that motherhood was clearly the best thing to come out of her relationship with Caussin.

“The last month I kept saying ‘why.’ Well now I know the why. It was so I could be a mommy to these two incredible babies,” she wrote. “Being chosen as your mom will always be the greatest chapters of my life. Happy Mother’s Day to all the mommas out there however that looks.”

While Kramer has been pretty open about the split on both social media and her podcast, Mike hasn’t said a word. 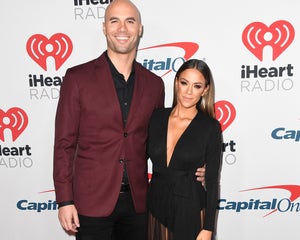