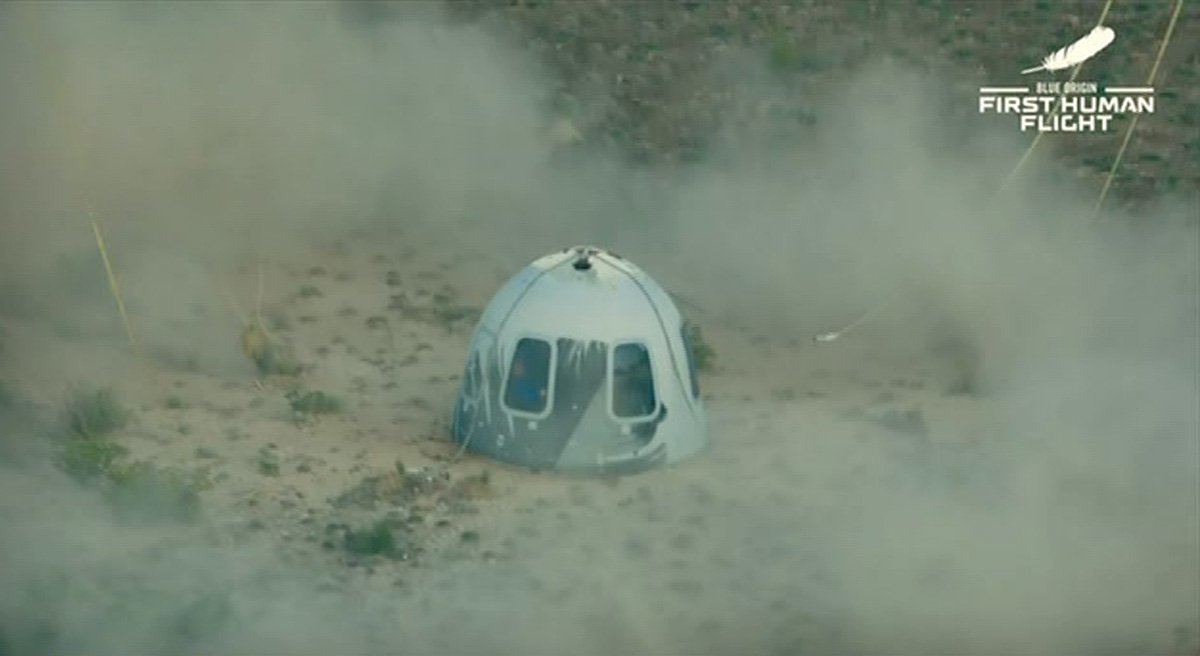 Amazon CEO Jeff Bezos landed safely back on Earth after a blistering 11-minute journey to space.

Accompanying Mr Bezos was his brother, Mark, and female pilot Wally Funk, 82, an avid aviator who trained with Nasa to go to space in 1961 but never had the chance.

The flight, which lasted around 11 minutes from launch to landing, saw astronauts experience three or four minutes of zero-gravity.

They travelled above the Karman Line, which is considered to be the boundary of space.

After launch, the crew could be heard cheering and shouting. 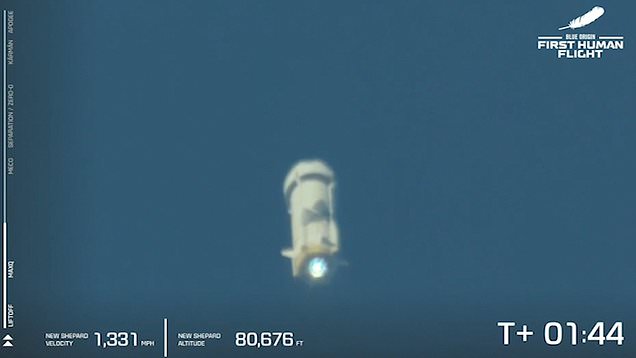 Shortly after the landing, a voice that appeared to be that of Bezos could be heard saying: ‘Best day ever.’

When asked by mission control how he was, his brother Mark said: ‘I am unbelievably good.’

Blue Origin also auctioned off the fourth seat on the flight to a mystery bidder, who paid $28 million for the privilege. That bidder dropped out due to a ‘scheduling conflict’ so the spot was taken by 18-year-old Oliver Daemen.

Mr Daemen’s father had been in the bidding for the auction but hadn’t reached the top spot.

The company confirmed he was the first paying customer, but did not disclose the price of his ticket. A family spokesperson said it will be considerably less than the winning bid.

The New Shepard rocket, named after US astronaut Alan Shepard, landed near launchpad Launch Site One, in Texas, shortly after the capsule containing Mr Bezos detached at 250,000ft (76km).

The six-person capsule, after experiencing microgravity at the peak of the flight, then landed with parachutes in the desert.