Not into the drama! While she wants to focus on Mike “The Situation” Sorrentino’s homecoming, Jenni “JWoww” Farley is completely thrown off during the Thursday, March 5, episode of Jersey Shore: Family Vacation.

In Us Weekly’s exclusive sneak peek, Farley, 34, receives paragraphs of text messages from ex-husband Roger Mathews — and she immediately runs away from the table and into a bathroom to deal with it.

“Literally I’m in the bathroom crying. I’m like, ‘F—k, I want to be here with Mike but it looks like I have to go home,’” she says in her confessional. “It’s just, like, two f—king worlds torn and I’m like, I thought this was handled. I got divorced.” 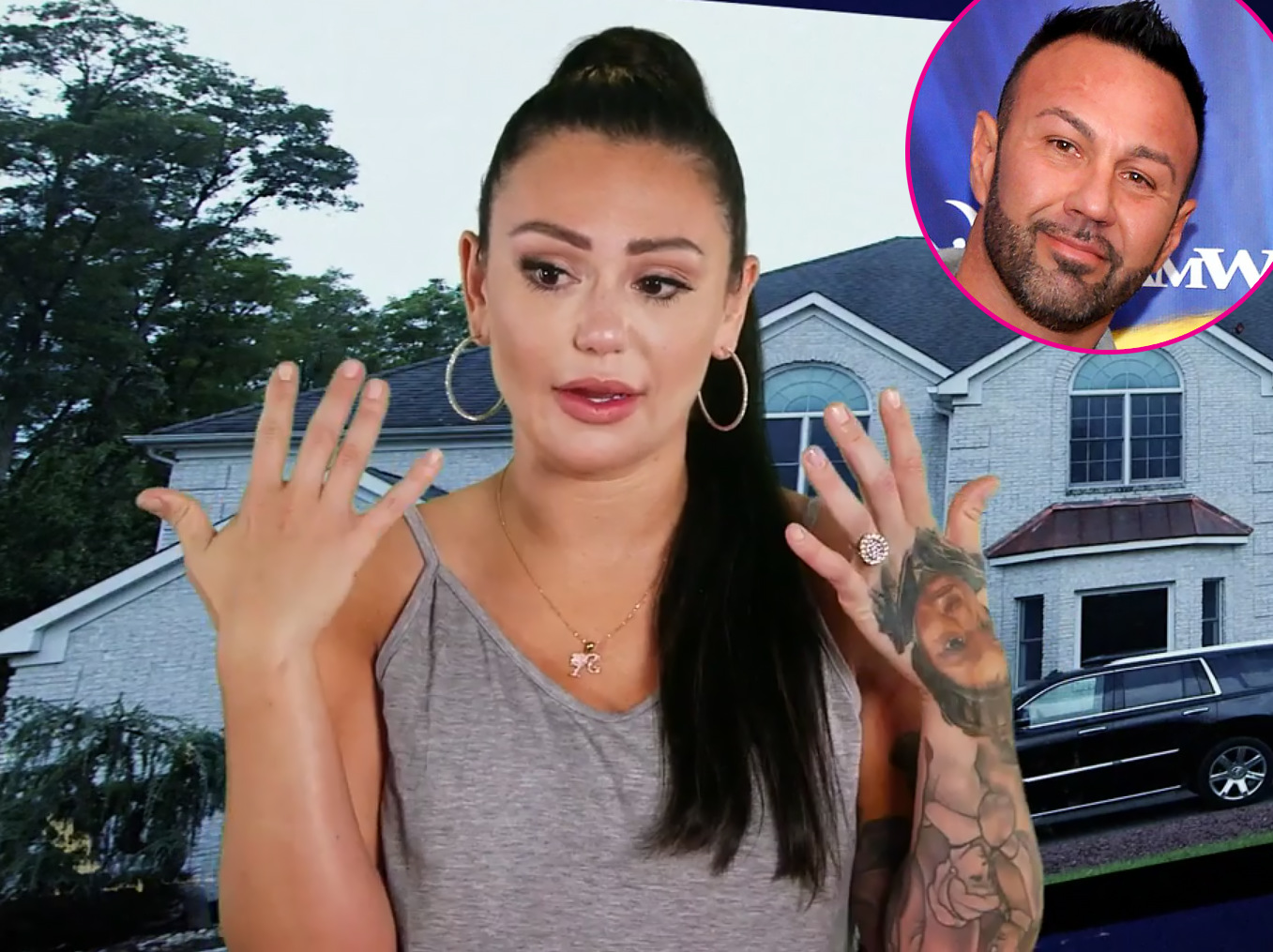 Farley and Mathews, 44, went through a messy divorce after she filed in September 2018. They finalized the divorce in August 2019, after both making claims of abuse. However, she thought they were on the same page when it came to the custody of their two children, daughter Meilani, 5, and son, Greyson, 3.

“The situation with Roger is so sticky,” she says in a confessional. “We have a contract and we have to follow it but I really thought if we’re, like, great coparenting and working with each other, we could, like, switch off. Apparently that’s just not the situation right now.”

Nicole “Snooki” Polizzi later comes to check on Farley and though she tells her best friend to do whatever she needs, the host, 32, is clearly annoyed that Mathews is trying to ruin Farley’s time.

Last month, the Rules According to JWOWW author opened up about how she and Mathews were handling life after divorce.

“We just had Meilani’s Christmas special at her school and we were both sitting in the audience,” she told Us in February. “We try and balance — like if I have the kids, I make sure he brings the flowers. Or if he has the kids, I’ll bring the presents to show up. So, you know, they like it as well, us sitting together and just hanging out.”

She has since moved on with wrestler Zack Carpinello while Mathews is now dating Danielle Miele.