Skip to content
HomeLifestyleJessie and Lennie Ware: The pop star who made her mum famous

Jessie and Lennie Ware: Never work with your mum (or your daughter) 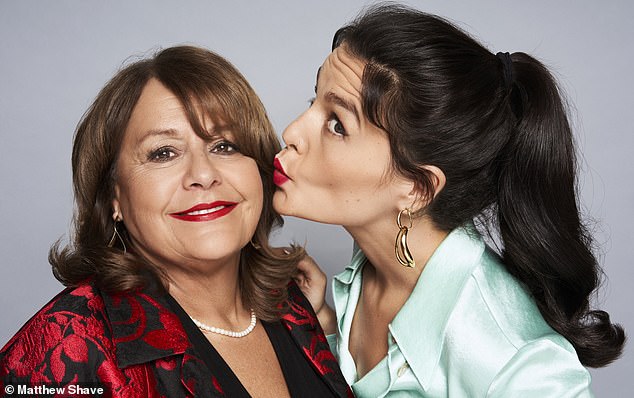 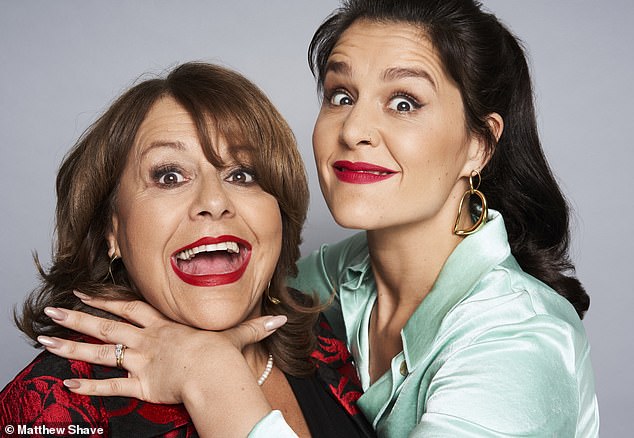 Lennie Ware is sitting with her daughter Jessie, telling me about her recent university reunion in Birmingham. She was at the bar with her old mates, she tells me, and one offered to buy her a drink. As he was ordering, the bartender said to Lennie, ‘Do I know you?’ ‘And I said, “I don’t think so.”’ It took a moment for the bartender to make the connection, but something about the voice seemed familiar. Then she twigged. ‘The barmaid said, “You’re Lennie! I love your podcast.” And she was a young woman of about 24.’ Lennie chuckles, not quite believing that this is happening to her; that, at the age of 68, she is famous enough to be recognised by barmaids born in the 1990s.

And indeed she is. Two years ago Lennie worked nine to five as a social worker; now she fits recording the podcast around her day job, and it has earned her legions of fans. In fact, their podcast Table Manners now has ten million listeners. ‘My friends were a bit impressed,’ Lennie continues as if she hasn’t heard. ‘But they think I’m doing a blog. They don’t know what a podcast is.’

Three years ago, a friend of Jessie’s suggested she launch a podcast. Jessie was already famous as a singer-songwriter. With four Brit nominations under her belt, she’s had three top-ten albums, collaborated with Ed Sheeran and counts Adele as one of her best friends. Her most famous song, ‘Say You Love Me’, has had a whopping 120 million streams on Spotify.

But after Jessie’s last album in 2017, she admits she wasn’t enjoying music any more. ‘I had a baby and I didn’t feel like I was doing a very good balancing act of being a mum and working. The podcast was just supposed to be fun – it wasn’t supposed to be a business.’

But it turned into a hugely successful one. The premise is simple: Jessie, 35, and her mother invite a celebrity into their home, cook them a meal, then chat to them over food and wine. Now in its ninth season, Jessie and Lennie have interviewed – and cooked for – an array of famous guests, including Nicole Scherzinger (who only found out about the podcast when Prince told Nicole he was a fan of Jessie’s music), Sadiq Khan (who confided that he’d be running for a second term as mayor) and George Ezra (where Jessie over-marinated short ribs and they had to order a takeaway).

The duo have also scooped a UK Audio Production Award and attracted a legion of loyal listeners, of which I am one.

They have now written an accompanying cookbook, filled with recipes from their own kitchen – ranging from Lennie’s mother’s chopped and fried gefilte fish to the lamb with pistachio herb crust that Jessie cooked for her first anniversary date with her now husband, Sam, a personal trainer. (The couple have two children, a girl aged three and a boy of 11 months, whom Jessie chooses not to name in interviews.)

At first, Lennie was meant to do the cooking while Jessie did the interviewing, but Lennie’s natural curiosity took over and she started asking questions. 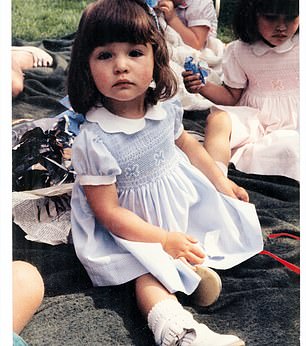 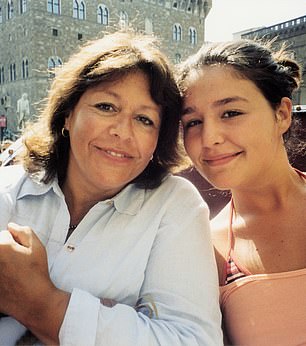 ‘Lennie’, I ask, ‘are you someone who finds it difficult when people say nice things about you?’

‘Yes,’ her daughter answers for her.

Why is that? ‘I don’t know,’ Lennie replies. ‘Because I’m only here for Jessie. It’s not about me. My friend Claire says if you get a compliment you should just say thank you. I always feel embarrassed.’ This sincerity is sweetly apparent on the podcast. The two are never trying to be anything other than themselves and the result is an atmosphere so convivial that the interviewee often ends up revealing far more than they ever intended. Nigella Lawson admitted to being a fussy eater. And after pop star Cheryl opened up about new motherhood and splitting from her ex, One Direction’s Liam Payne, he also came on.

‘He was very sweet,’ says Lennie. ‘With a bod to die for! At the end we always have a selfie and I said, “Liam, you can just strip off now.” And he looked at me like I’d gone mad.

When Nicole Scherzinger was a guest, they were pleasantly surprised by how much she ate. They cooked her a Thanksgiving meal and ‘she’d never had bread sauce,’ Jessie says. ‘She was, like, “What is this?” I think she really appreciated having a home-cooked meal.’

‘She was lovely,’ Lennie says dreamily. ‘She had the best bosom I’ve ever seen. She’s tiny, like this narrow – and a proper bosom. And that wasn’t false because it’s like…’

Jessie rolls her eyes. ’Mum, really think about what you’re saying because things go in the paper. If you want to talk about Nicole’s boobs…’

‘Oh, no!’ Lennie says, mortified. ‘She was just a really handsome woman.’

The dysfunctionality is particularly acute at the moment, as the two are living in Lennie’s house in Clapham, South London, while Jessie’s home is being renovated. It has, they admit, been somewhat trying, given that they now live and work together. They had an argument the week before about Jessie not cleaning up after herself.

‘I stay quiet while she shouts,’ Jessie says. ‘I did look into short-term letting. No one thinks they’re going to work with their mum, especially when…’

‘So,’ Lennie butts in, ‘my study, which is meant to be sacred, is full of boxes of Jessie’s and a bike and buggies. I don’t even have space to go in!’

‘My desk is,’ Lennie protests. ‘But it’s an organised mess.’

Jessie was ten when her parents divorced (her father is the former Panorama reporter John Ware). Lennie was working and raising three children – her eldest, Hannah, is an actress in LA; her youngest, Alex, is a doctor with a penchant for making cakes (he made the blackberry and custard tart when Nigella came round). 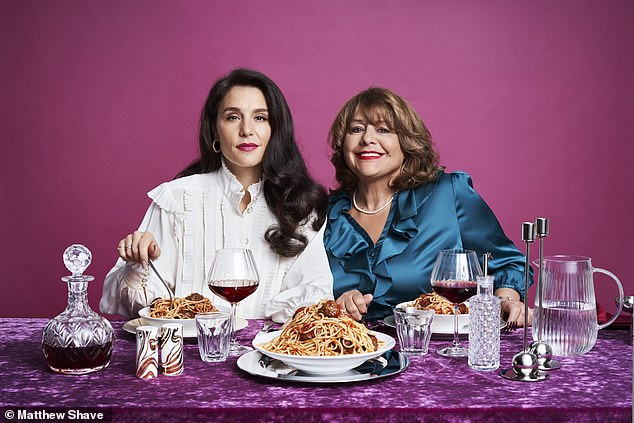 Lennie says she coped with the change in family circumstance the same as she always had: cooking vats of spaghetti bolognese. ‘I wasn’t strict,’ she says. ‘Because John had gone, we were more of a team. I’m not saying I’m their friend – I was their mum…’

‘I wouldn’t say we got away with murder,’ says Jessie, ‘because I don’t think we were naughty children. But I’m stricter than you.’

‘You’re much stricter than me,’ Lennie says. As a grandmother, she admits she’s a soft touch.

‘My son only blows kisses to her,’ Jessie says. ‘I try to get one, but he just blows them to Mum.’

Lennie beams. ‘My granddaughter did say, “I’d like to ride on an elephant, could you sort that out?” I had to say: “I don’t think I can this week…”’

Did any of Lennie’s children go through odd food phases? ‘Hannah,’ Jessie says. ‘She was obsessed with pigs.’ There isn’t time to ask what this means – they’re already on to another topic. Keeping them on track is like wrestling tadpoles.

The Wares often ask their podcast guests what their earliest food memories are, but when I pose the same question they struggle to answer. There are too many – fish and chips eaten on a car journey to Wales; Jessie’s toes wiggling with anticipation as soon as a plate of food approached her high chair, and so on. ‘I just loved food,’ Jessie says. ‘Nothing’s changed. I’m obsessed by it. I think about it the whole time.’

They find their dream last meal easier to visualise. Jessie’s would be chicken soup and matzo balls, then traditional Christmas dinner and her mum’s trifle or tiramisu. Lennie’s would be a sourdough black bread from the Jewish bakeries in Manchester, where she grew up, with ‘really sharp cheddar cheese and tomatoes and lots of black pepper’. It strikes me that while both meals are different, they share a certain comforting wholesomeness, which seems an accurate reflection of Jessie and Lennie themselves. They are more similar than they might think, but I truly hope they never stop their good-humoured bickering. It’s such a lovely thing for the rest of us to listen to. 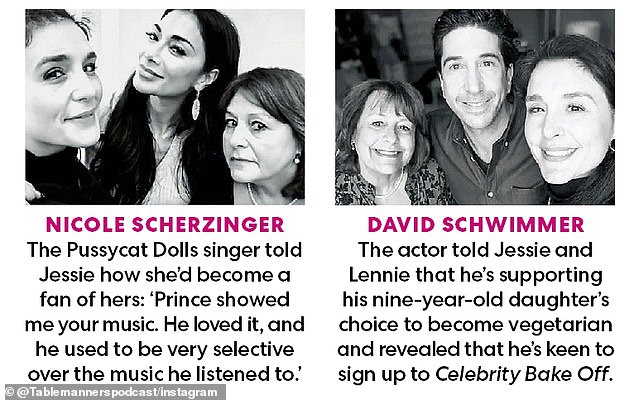