Phe is toxic to the brain at high levels. For this reason they must live on a severely restricted diet.

US firm BioMarin’s drug Kuvan, which could help 600 UK sufferers lead a normal life, has been available in the UK for 11 years – but not on the NHS.

On Saturday we launched a new campaign to demand BioMarin and the NHS thrash out an immediate deal for the drug after talks failed over pricing.

And families at the annual National Society for Phenylketonuria conference in Ashford, Kent, rushed to snap up copies of the paper – and posted a video shouting, “Thank you Daily Express”.

Siblings Holly and Callum Graham, of Godalming, Surrey, both have PKU and vowed to support our health justice crusade.

Callum, 26, said: “I’m so grateful you are fighting with us. I hope this will help us get a solution at last.” 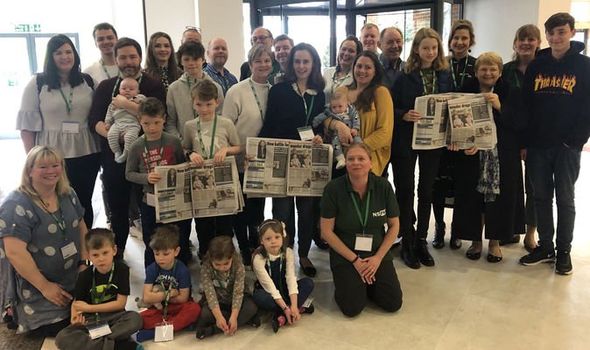 Heidi told us: “I’ve struggled with my PKU for my whole adult life. It’s so hard to cope every day.”

Kuvan, available here since 2008, reduces levels of Phe but has yet to be approved by NHS drugs appraiser, the National Institute for Health and Care Excellence (Nice).

NHS England wants BioMarin to re-engage with the Nice process after the firm withdrew last October.

But BioMarin says the NHS wants an unrealistic 80 per cent discount.

BioMarin told us there is “no realistic probability” of getting a deal done while the NHS insists on the massive markdown.

The firm told the Daily Express: “BioMarin has offered the lowest tier of pricing in the world to NHS England – but the NHS does not recognise the burden and severity of phenylketonuria.” 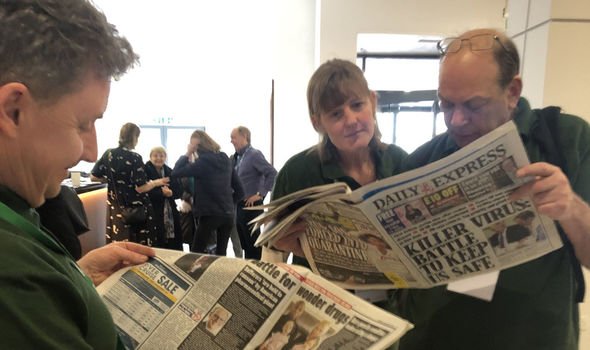 Evelina Hudson used to work as a translator but had to give it up to care for seven-year-old Derren.

Derren was born with PKU but his non-identical twin brother George is PKU-free. The pair have a 10-year-old brother and a sister aged nine.

Frustrated Evelina, 43, said Kuvan would make a huge difference to the diet and mental health of Derren, who has to take foul-tasting synthetic protein supplements.

She said: “I cannot work because of the emotional needs and physical food care required by Derren.

“If he continues without Kuvan, I fear he will suffer mental health issues.”

The single mum, from Sutton, south London, spends much of her day cooking separate meals for her family. 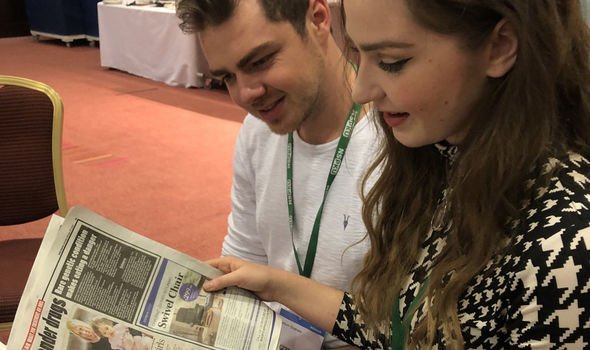 Evelina said: “His most common emotional state about food is hate and depression – already, at this young age.

“Kuvan would help Derren to finally enjoy food and feel good. It would bring some normality and I could feel I can return to work.”

Former Blue Peter presenter Peter Purves has blamed trips to steamy exotic locations as part of the show for his six-year battle with an aggressive cancer.

The 81-year-old revealed that he had been diagnosed with melanoma, a type of skin cancer, in 2014. He suggested that sun exposure from his time in countries like Ivory Coast and Ethiopia were the cause.

The veteran TV host, who presented the BBC children’s show from 1967 to 1978, said: “I travelled to 27 countries with Blue Peter in the 1960s and early 70s. We were going to places like Morocco on safari in a Land Rover. I went to Ivory Coast, to Ethiopia and Mexico at a time when very few people travelled.”

He added that his TV travels came at a time when warnings about skin damage were rare. 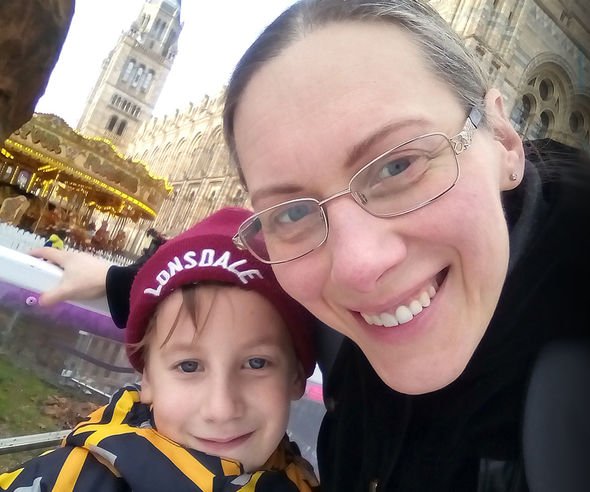 “I would put oil on my skin and fried myself, which is probably why I eventually ended up with melanoma. I either fried it or I didn’t protect my skin at all. It was just stupid,” he said.

Speaking about his diagnosis, the father-of-two, who was given the all-clear eight months ago, said: “My wife was very worried and I’m sure my children and my sister were. We all were, but I came through it.

“I think I’m in reasonably good nick for an old ’un.”

Purves also spent 41 years as the Crufts dog show commentator before Channel 4 dropped him in December, a decision he criticised as “ageism”.

Now cancer-free, he has been asked to return to Crufts this week to present the coveted Best in Show award.

He said: “I’m delighted because I love being at Crufts and meeting everyone.”

Ministers back our campaign

The Department of Health and Social Care yesterday backed our battle for Kuvan – stressing they too want an NHS deal. 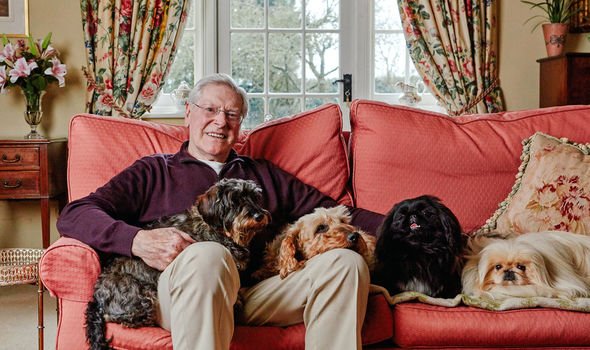 But they said the US firm must first re-engage with drug appraiser the National Institute for Health and Care Excellence (Nice).

Nice was appraising Kuvan, below, for use on the NHS but BioMarin withdrew from the process last October, unhappy about proceedings.

A DHSC spokesman told us: “Thank you to the Daily Express for bringing this issue to the forefront with their new campaign.

“We understand how distressing this condition is for those affected and their families.

“Nice began its process of evaluating the clinical effectiveness of Kuvan and whether it should be funded for NHS patients.

“Unfortunately, the manufacturer of Kuvan, BioMarin, has withdrawn from this process and Nice has had to suspend its appraisal.

“We urge BioMarin to re-engage so that patients can begin to benefit from this treatment as soon as possible.”