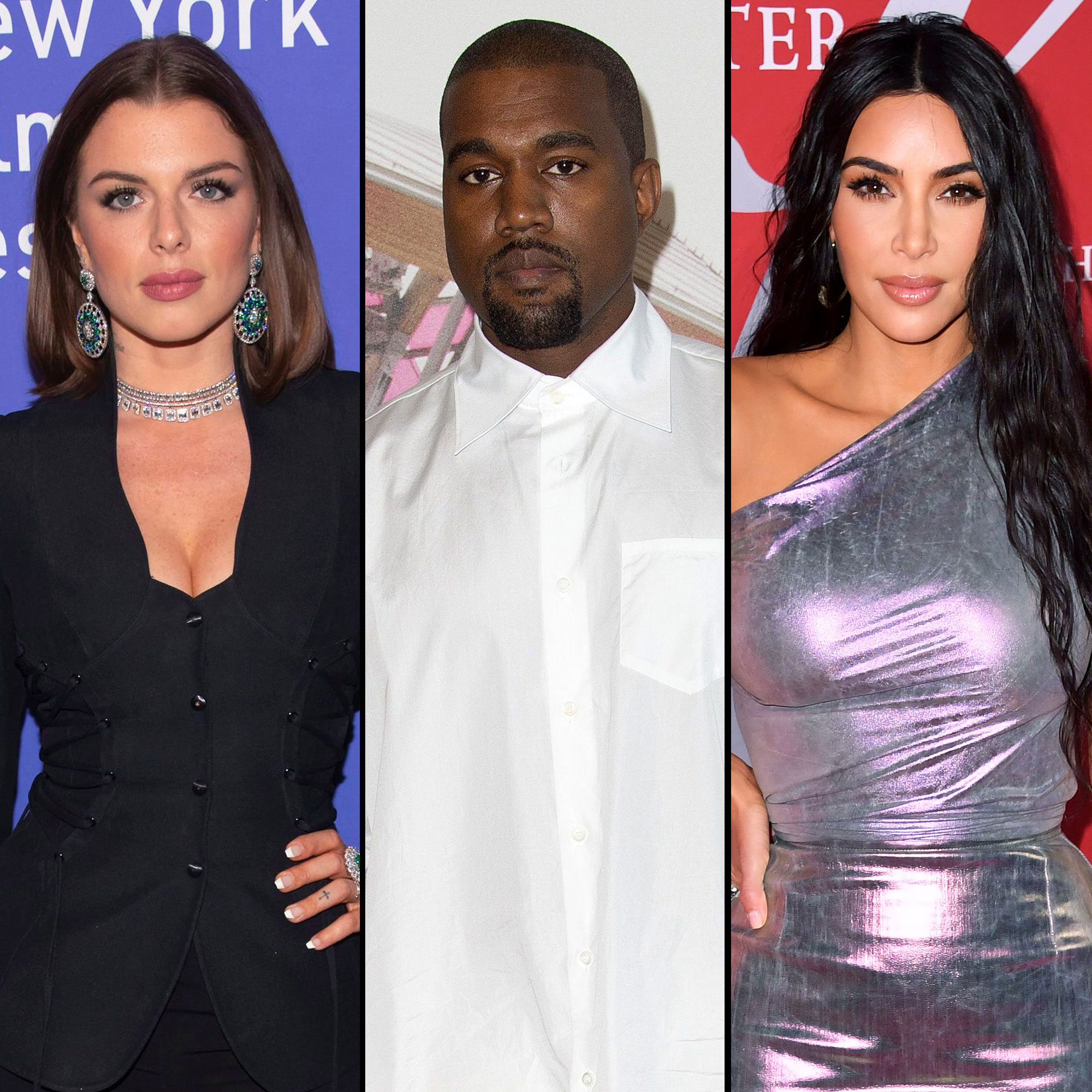 What you see is what you get. Julia Fox addressed criticism about her relationship with Kanye West, denying that the pair were only spending time together for attention.

The Most Surprising Celebrity Hookups of 2021: Kim and Pete, More

During an appearance on the “Forbidden Fruits” podcast on Thursday, January 13, the 31-year-old model discussed how her mutual friends with the 44-year-old rapper were able to sense their strong chemistry.

“I feel like, to the people who know us both personally, like, all the people that we have in common, like, friends in common, have texted me like, ‘Oh, my God, this makes so much sense,’” she detailed, claiming that her outings with West weren’t just a “PR stunt.”

Fox added: “There’s always people that think every single celebrity scandal is a setup. I personally don’t. Listen, for right now, I’m just living in the moment and I don’t have any expectations — there’s no labels, none of that. It’s just people that make each other feel better.”

The Italy native also opened up about her her budding romance compares to Kim Kardashian‘s relationship with Pete Davidson. After eagle-eyed followers pointed out that Fox and Davidson, 28, had done a 2019 photo shoot together, the Uncut Gems star explained that it was “really not that serious.”

The actress continued: “But it is funny to see where people go with their conspiracy theories. I love the Paper Magazine cover of me and Pete, that shoot that we did and we’re the Barbie dolls.”

Fox clarified that the conversations happening about her new romance with the Grammy winner come from a “meta” place, saying, “We were all connected, like even prior. You know what I mean? We’re all artists.” 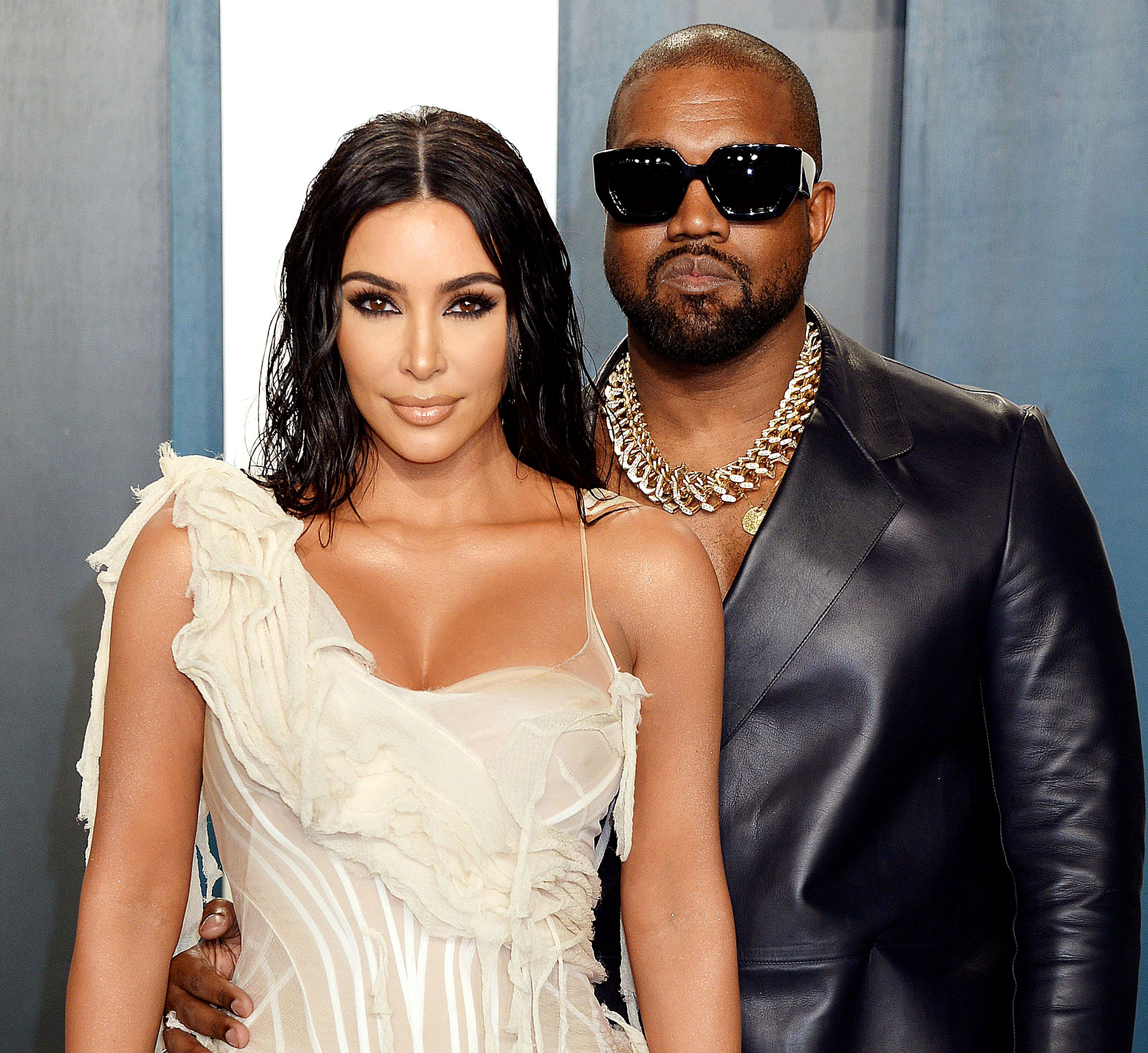 The pair sparked dating rumors earlier this month when they were photographed getting close during a dinner date. As they continued to spend time together, a source exclusively told Us Weekly that the twosome were “having fun,” noting that West “wanted to get to know her better.”

Fox later gushed about the “instant connection” that she felt with the “Stronger” artist following their intimate date nights in Miami and New York City.

“His energy is so fun to be around,” she told Interview magazine on January 6. “He had me and my friends laughing, dancing and smiling all night. We decided to keep the energy going and fly back to New York City to see Slave Play. Ye’s flight landed at six and the play was at seven and he was there ON TIME. I was impressed.”

She continued: “After the play we chose to do dinner at Carbone which is one of my favorite restaurants. Obviously. At the restaurant, Ye directed an entire photo shoot for me while people dined! The whole restaurant loved it and cheered us on while it was happening.”

The Yeezy designer’s appearances with Fox came on the heels of his public attempts to win back Kardashian, 41, following their February 2021 split. Late last year, West made headlines when he claimed that he never received any divorce papers as the beauty mogul was spotted spending time with Davidson.

Everything Kanye Has Said About Kim Kardashian Since Their Split

“SNL making my wife say ‘I divorced him’ on TV because they just wanted to get that bar off, and I never have seen the papers. We’re not even divorced,” he said during an appearance on Revolt’s “Drink Champs” podcast in November 2021, referring to the Skims founder’s Saturday Night Live hosting debut one month prior. “So how we — because [it’s] no joke to me, my kids want their parents to stay together. I want their parents — I want us to be together.”

Kardashian, who shares children North, 8, Saint, 6, Chicago, 3, and Psalm, 2, with her estranged husband, later filed paperwork requesting to be declared legally single and to restore her last name.

“The parties’ marriage has irremediably broken down. [Kardashian] no longer desires to be married to [West],” the December 2021 documents stated, noting that there was “no possibility of saving” the marriage. “There is no question that the marriage of the parties is no longer viable. [Kardashian] has no desire to reconcile with [West] and wants their marriage terminated.”