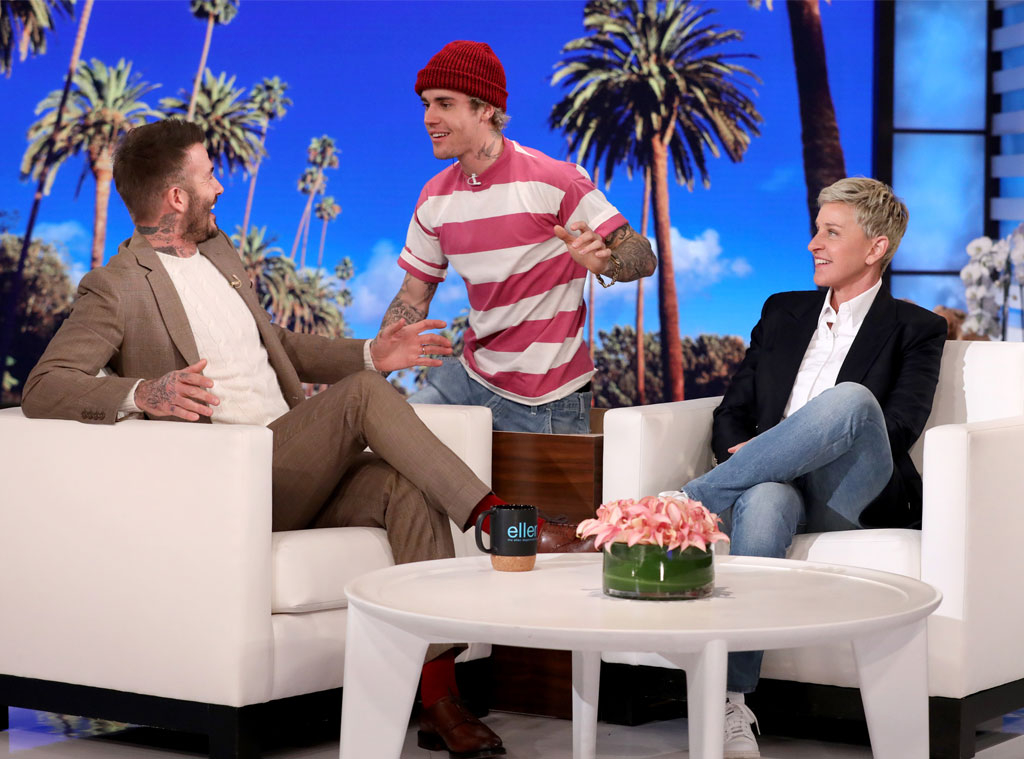 Watch your back, David Beckham!

On Wednesday, the professional athlete joined Ellen DeGeneres‘ Scare Hall of Fame during his visit to The Ellen DeGeneres Show. And, dare we say, the daytime host totally outdid herself this time.

As the two discussed his family life and his recent cameo on Modern Family, Ellen strategically segued the conversation into David’s anecdote about bringing his children Brooklyn Beckham, Romeo Beckham, Cruz Beckham and Harper Beckham to trick-or-treat at Justin Bieber‘s house this past Halloween. Little did the dad of four know, the “Yummy” singer was waiting in the wings to scare him.

“We all follow Justin on Instagram, of course,” David began. “And we’re all fans and we all love him. And it’s coming to the end of our night of trick-or-treating. The kids have had far too much candy and enjoyed themselves a lot. And on the way back, Romeo turns around to me and he said, ‘Justin’s…giving snow cones away….’ So, I DM’ed him and he got back within, like, seconds…so we went straight ‘round there. Turned up. And, yeah, we all got snow cones.”

After wrapping up the story, Justin suddenly jumped out from the coffee table and stunned the soccer player, letting out a big scream as he emerged.

Thrilled to see his buddy, David chuckled and gave the “Intentions” singer a hug as Justin apologized for the fright. “Sorry, they wanted me to do that,” he said, before running off stage. “I gotta go.” 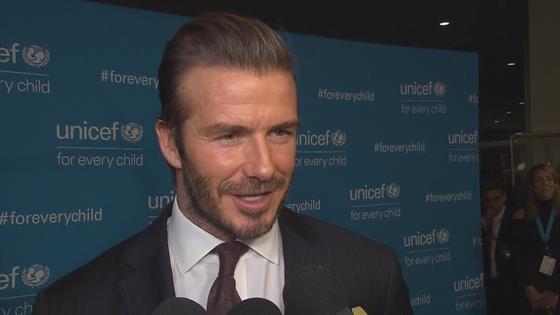 Despite just being scared by Justin, the former L.A. Galaxy star had nothing but nice things to say about him. “Do you know what?” he said to the audience. “I know you all love him, but he’s the most amazing human being. He really is. He really is. For someone to achieve what he has achieved and still be an amazing person and to be doing what he’s doing…”

Watch the epic scare go down in the hilarious video above!