Skip to content
HomeLifestyleKardashians Grill Addison Rae: If She's Hooking Up with Kourtney

“What the f— did you do to Kourtney to make her so happy?”

Addison Rae is in the hot seat.

In E!’s preview for Thursday’s episode of “Keeping Up with the Kardashians,” the TikTok star is questioned by the Kardashian-Jenners, who are curious about the 20-year-old’s friendship with Kourtney Kardashian, 41.

“We all decided to get to the bottom of Kourtney and Addison,” Khloe says in a confessional with Kim. “So, we invited Addison over for lunch but, without Kourtney. ‘Cause, we just wanna ask a couple questions and get to know her more.”

“We just want to feel her out a little bit,” Kim adds.

While at the table, Kim asks Addison where she’s from and about her living situation (she’s from Louisiana and lives with her parents) before Scott immediately jumps in, asking, “Have you ever been arrested?”

Before Addison even answers the question, Kris asks her what her blood type is and Khloe quickly follows up by inquiring about Addison’s credit score. Kim then proceeds to ask if Addison has any siblings.

Kendall then chimes in following her family’s rapid-fire questioning, saying “Oh my god, you guys. Are you interrogating this poor girl?”

However, Kendall’s comment didn’t stop her family members from grilling Addison, in fact, they dig deeper, wanting to know what Kourtney says about her family and who is her favorite.

Khloe then goes on to ask, “What the f— did you do to Kourtney to make her so happy?”

Addison, again, doesn’t appear to get a moment to answer the question before Kim brings up the “elephant in the room,” sharing that, at one point, they had questioned if Addison and Kourtney were more than friends.

“Honestly, at the beginning, we were like wait, are they…hooking up? If it was that kind of relationship,” she says and Scott adds, “I’m still thinking that. That was the elephant in the room…It’s OK if you are.”

Addison assures the group that she and Kourtney are not hooking up.

“No, we’re not,” she replies with an awkward smile. “No, but it’s just very weird that that’s what the impression was.”

While Kim points out that they only thought about it for “just like two seconds,” Scott jokes that it was more “like four.”

Kendall then pipes up, admitting that the conversation is making her “uncomfortable.”

See how it all went down in the clip, above!

“Keeping Up with the Kardashians” airs Thursday nights at 8 p.m. on E! 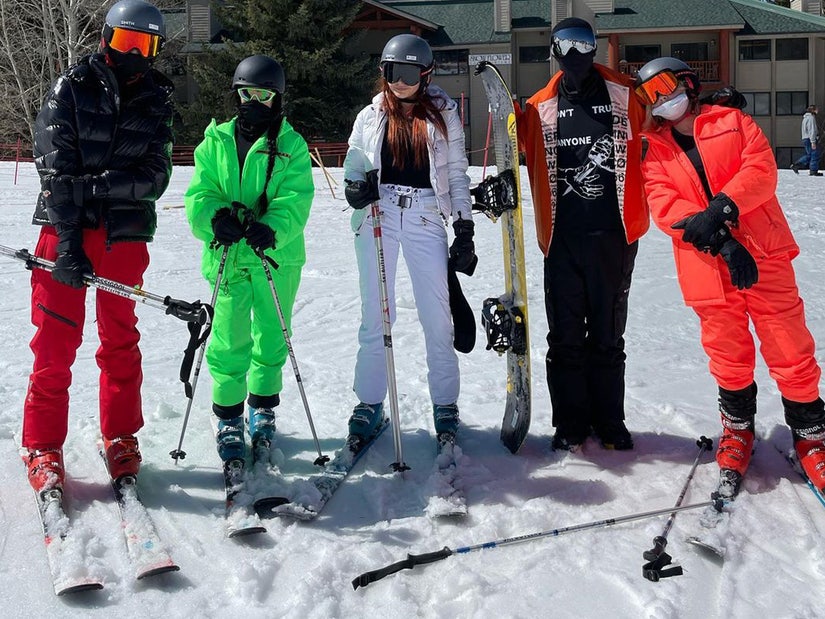