‘Retired’ landlord in his 40s, who shares a house with two women in their 20s, is labelled ‘creepy’ for seeking new housemate with ‘good energy’ who DOESN’T have a job ‘outside the home’

A man in his 40s, who lives with two women in their 20s, has been forced to delete his advert for a new housemate after social media users raised concerns about his list of expectations.

Ruth Blaney shared a screenshot of the advert to Twitter, in a post about Dublin’s rental market, saying that it’s ‘never normal’.

The would-be landlord said that the new housemate should not have a ‘job outside the home’, and that the room would be best suited to someone like a writer, artist or student, who will prioritise gardening and being part of ‘our little community’.

The man soon deleted the advert as social media users questioned not only the criteria in his advert but also his choice of current residents, with one commenting: ‘Owner is “retired” in his 40s living in a house with a load of young women? Interesting.’ 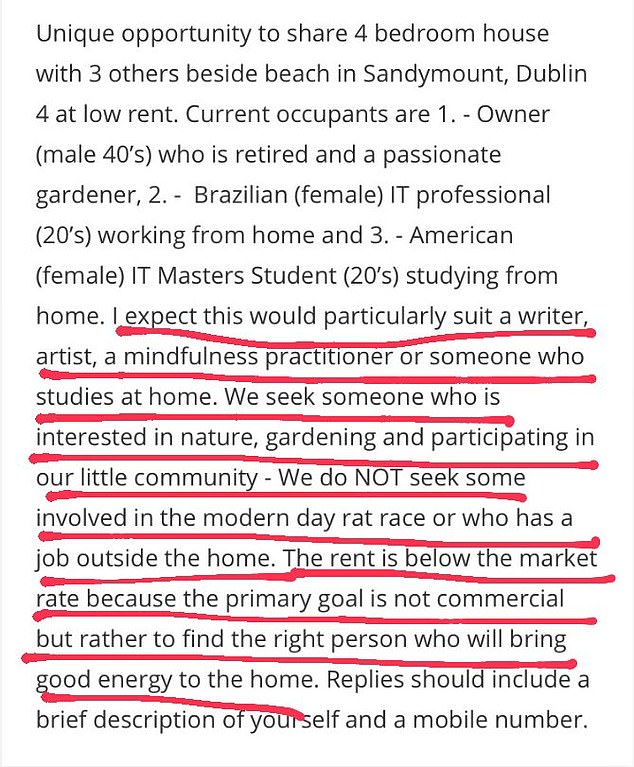 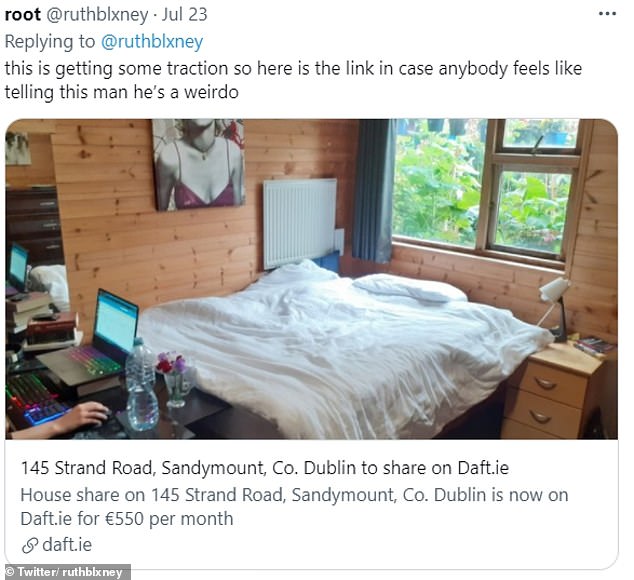 As the post went viral, she shared a link to the advert for the room available for €550 per month, saying: ‘This is getting some traction so here is the link in case anybody feels like telling this man he’s a weirdo’.

The section of the now deleted advert that Ruth shared, read: ‘Unique opportunity to share four bedroom house with three others beside beach in Sandymount, Dublin for low rent.

‘Current occupants are 1 – Owner (male 40s) who is retired and a passionate gardener, 2 – Brazilian (female) IT professional (20s) working from home and 3- American (female) IT masters student (20s) studying from home.

‘I expect this would particularly suit a writer, artist, a mindfulness practitioner or someone who studies at home. We seek someone who is interested in nature, gardening and participating in our little community – We do NOT seek some involved in the modern day rat  race or who has a job outside the home. 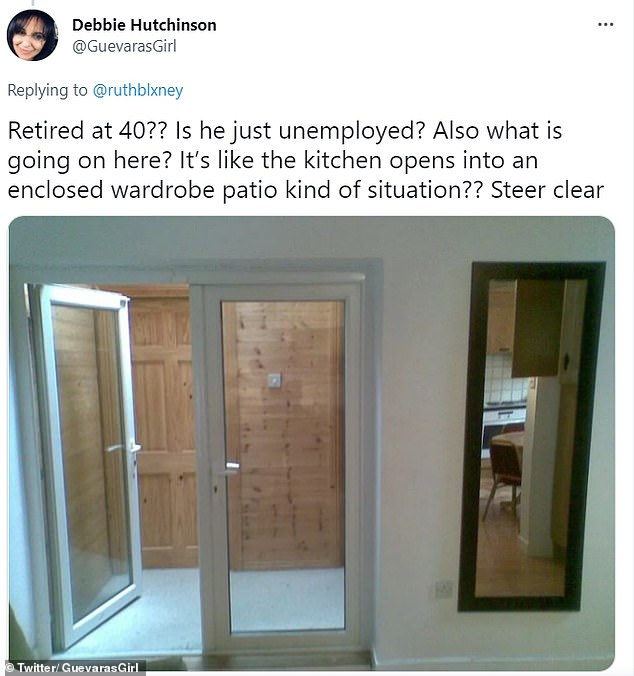 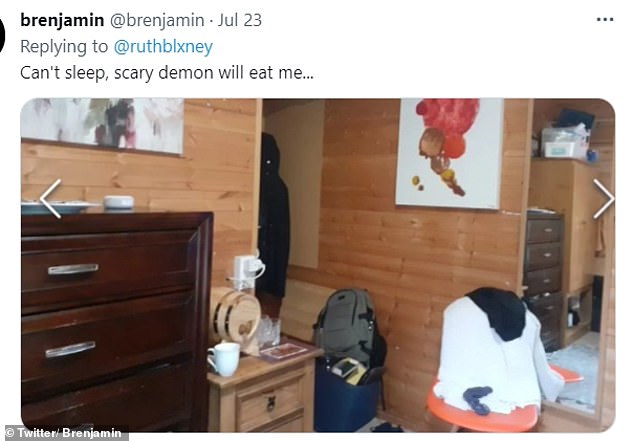 ‘The rent is below the market rate because the primary goal is not commercial but rather to find the right person who will bring good energy to the home. Replies should include a brief description of yourself and a mobile number.’

One response to the post shared a photograph of the interior, while warning people not to apply for the accommodation, saying: ‘Retired at 40? Is he just unemployed? Also what is going on here?

‘It’s like the kitchen opens into an enclosed wardrobe patio kind of situation? Steer clear’

Many other responses accused the landlord of trying to start his own cult and said his advert seems ‘creepy’.

Having received a of backlash the man edited the advert before it was finally deleted.

One person wrote: ‘Sounds like one of those cults where it’s just a pervy man wanting young women using the false pretense of a community and other cultish jargon, that’s my hot take I stand over it.’

‘Classic sex for rent vibes off that ad,’ another said.

‘I wonder if the successful applicant also happens to be a girl in her 20s,’ another said.

A flood of responses to the post accused the landlord of trying to start his own cult, while questioning why he’s living with women in their 20s