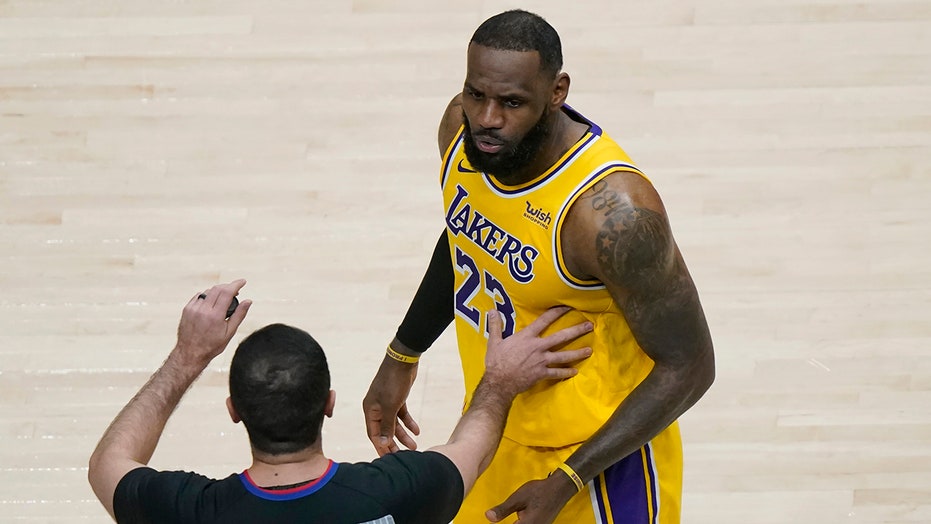 There were a limited number of fans in Atlanta, Ga., Monday night due to the coronavirus pandemic, but that didn’t appear to stop Los Angeles Lakers superstar LeBron James from getting in a heated argument with some along the sidelines.

Hecklers appeared to jaw with James during the fourth quarter of the contest between the Lakers and the Atlanta Hawks, which led to referees stopping play and security getting involved, according to a video of the incident posted on Twitter.

The fans in question were allegedly two women who were escorted from State Farm Arena. One of them gave the middle finger on her way out, according to The Athletic’s Chris Kirschner.

LEBRON JAMES REACTS TO TOM BRADY’S 10TH SUPER BOWL APPEARANCE: ‘AT OUR AGE, WE CAN STILL DOMINATE OUR SPORT’ 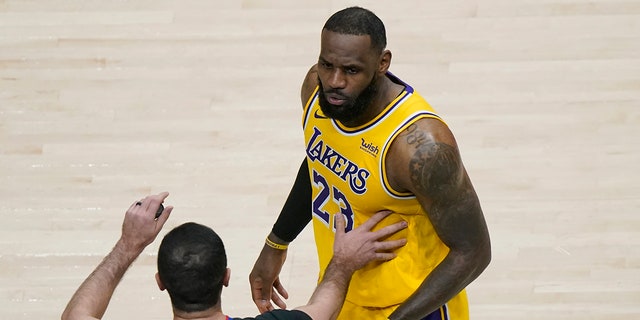 Los Angeles Lakers forward LeBron James (23) is restrained by an official as he reacts to a fan in the second half of an NBA basketball game against the Atlanta Hawks, Monday, Feb. 1, 2021, in Atlanta. (AP Photo/John Bazemore)

James appeared to shake off the incident, scoring 21 points, as the Lakers defeated the Hawks 107-99.

Last week, a Cleveland Cavaliers executive celebrated a missed shot from James at the end of the 3rd quarter during a game between the Lakers and Cavs. James would explode in the 4th quarter leading his team to a 115-108 victory in the contest.

He remarked after the game that the unidentified person in question last week “got a little bit too excited.”