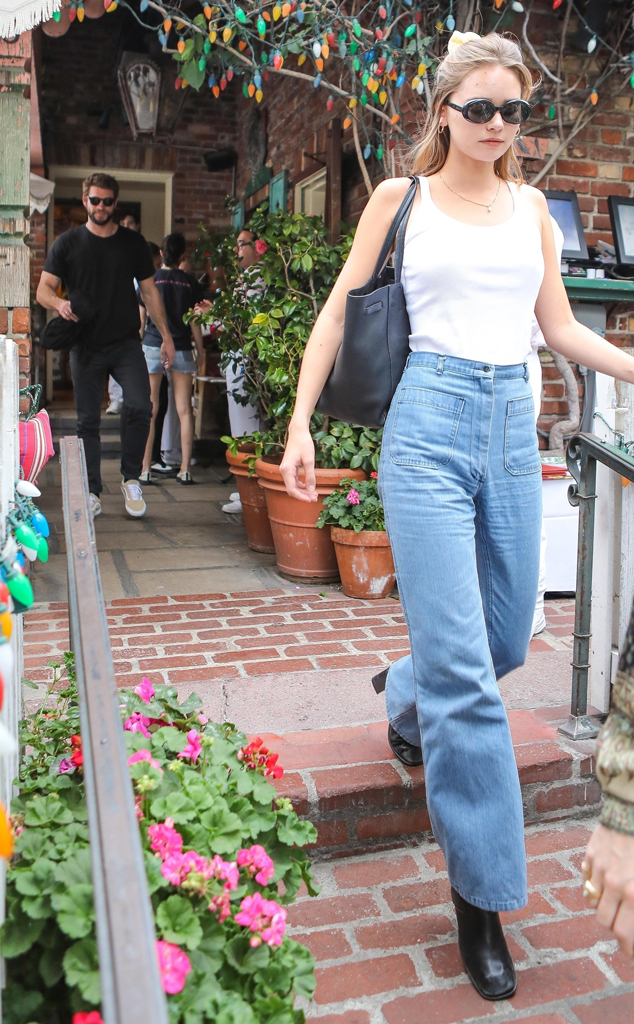 Liam Hemsworth and girlfriend Gabriella Brooks are still going strong! The Hunger Games actor and his leading lady stepped out for lunch with his brother, Luke Hemsworth, and his wife, Samantha Hemsworth, on Thursday afternoon. Cameras spotted the group enjoying a meal at The Ivy in Los Angeles, along with some close pals.

Photos show model Gabriella—donning sunglasses, high-waisted jeans, a white tank top and boots—exiting the celeb hotspot just ahead of Liam, who sported dark jeans and a T-shirt, paired with sneakers.

This family outing seems to show that things are going well for Liam, 30, and Gabriella, 21, who first sparked romance rumors in late 2019. Relationship speculation first started in December, when the actor was spotted introducing Gabriella to his parents while out for lunch in Australia.

In early January, Liam and Gabriella, who are both from Australia, confirmed their relationship status with a PDA-packed day at the beach in Byron Bay.

Following their time in Australia, the couple took their romance to Southern California, where they were spotted kissing.

Amid his budding romance with Gabriella, Liam has finalized his divorce from Miley Cyrus. The former couple, who tied the knot in Dec. 2018, announced their split in Aug. 2019.

“Liam and Miley have agreed to separate at this time,” a rep for Cyrus said in a statement at the time. “Ever-evolving, changing as partners and individuals, they have decided this is what’s best while they both focus on themselves and careers. They still remain dedicated parents to all of their animals they share while lovingly taking this time apart.”

Liam later confirmed the split on his Instagram, wishing the “Slide Away” singer “nothing but health and happiness going forward.”

The actor filed for divorce from Cyrus in late August.