Skip to content
HomeLifestyleMan Utd 0 Chelsea 0: Edinson Cavani almost scores with first touch and Maguire gets away with penalty in drab draw

WELL, AT LEAST IT WASN’T PAY-PER-VIEW.

Frank Lampard will be happier with taking away a point – and a clean sheet – from the ground where his Chelsea managerial career began with a 4-0 beating. 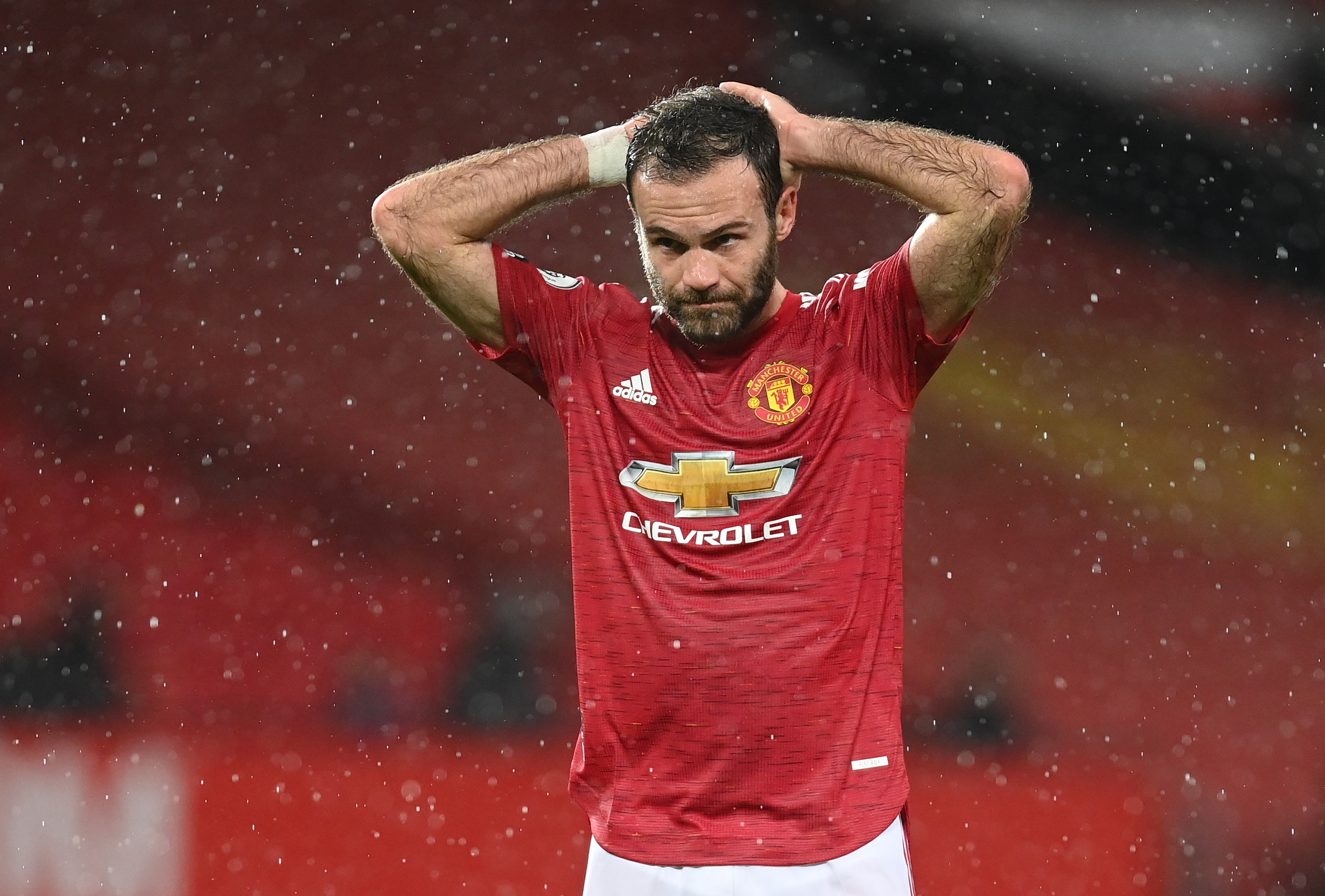 But a clash between the Premier League heavyweights failed to deliver and anyone looking for a knockout punch was better off forking out for the UFC extravaganza.

Harry Maguire may have a future in the octagon if the headlock he applied to Cesar Azpilicueta during the first half is anything to go by.

But just when you wanted VAR to intervene and create some interest, the incident was allowed to pass without punishment on a forgettable evening.

United had the better chances and Chelsea goalkeeper Edouard Mendy made three very good saves, but overall the home side did not do enough to deserve victory.

Lampard was searching for a Goldilocks performance.

The Chelsea defence had been as weak as the attack was strong when his side let a three-goal lead slip against Southampton the previous weekend.

But against Sevilla in the Champions League, a clean sheet came at the expense of failing to score at the other end. 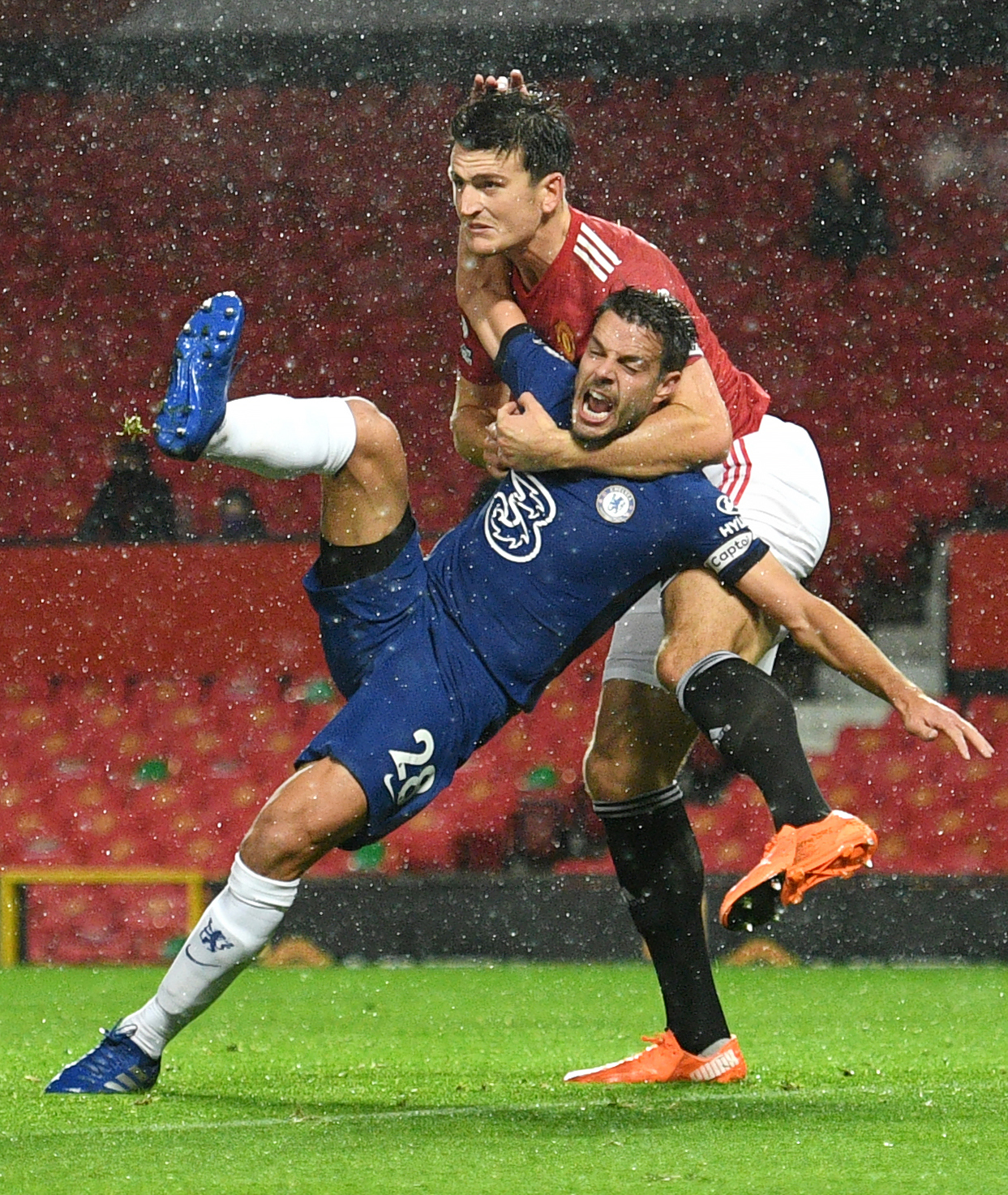 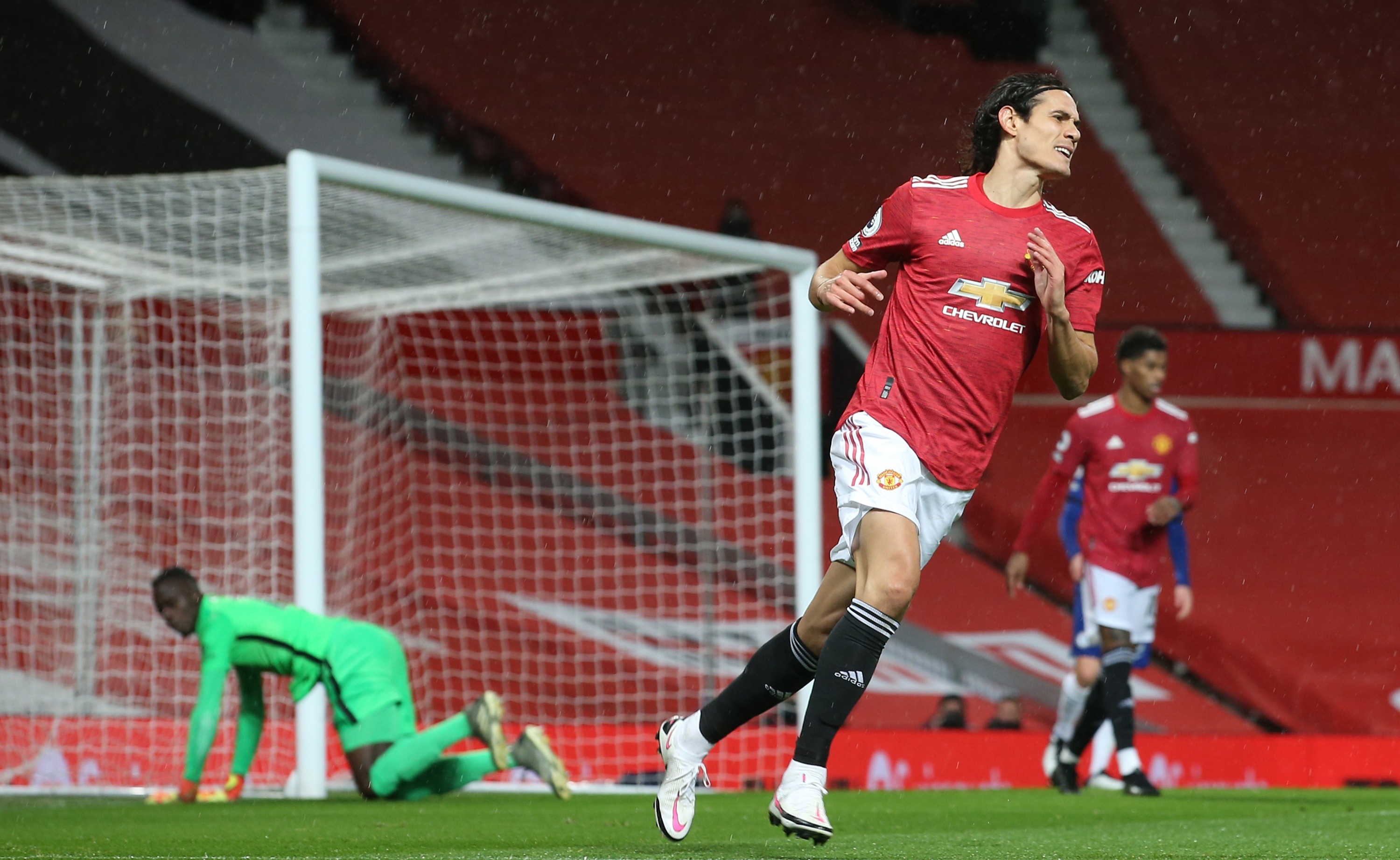 In a bid to get it just right, Lampard made just one change in personnel from the Sevilla game but changed shape to a 3-4-3.

On the flipside, Solskjaer was seeking to build on the momentum of back to back wins after the Tottenham fiasco.

His decision not to stick with the three-man defence that had done so well in Paris drew pre-match scorn from some United fans.

But he was simply keeping faith with the same 11 that had won 4-1 at Newcastle in the Premier League..

In the end, neither man was the winner and nor was any neutral who had tuned in hoping for some entertainment to warm their cockles on a grim autumnal evening.

Most of the first half was a damp squib and you couldn’t blame it all on the typically horrible Manchester weather.

In admittedly difficult conditions, both sides were crippled by caution like a nervous couple on a first date, both scared to make the first move.

A shot on target did not occur until the 28th minute and that was a tame free kick by Chelsea wing back Reece James.

It summed the problem up, really, because none of the attacking players on the pitch was making any impact whatsoever. 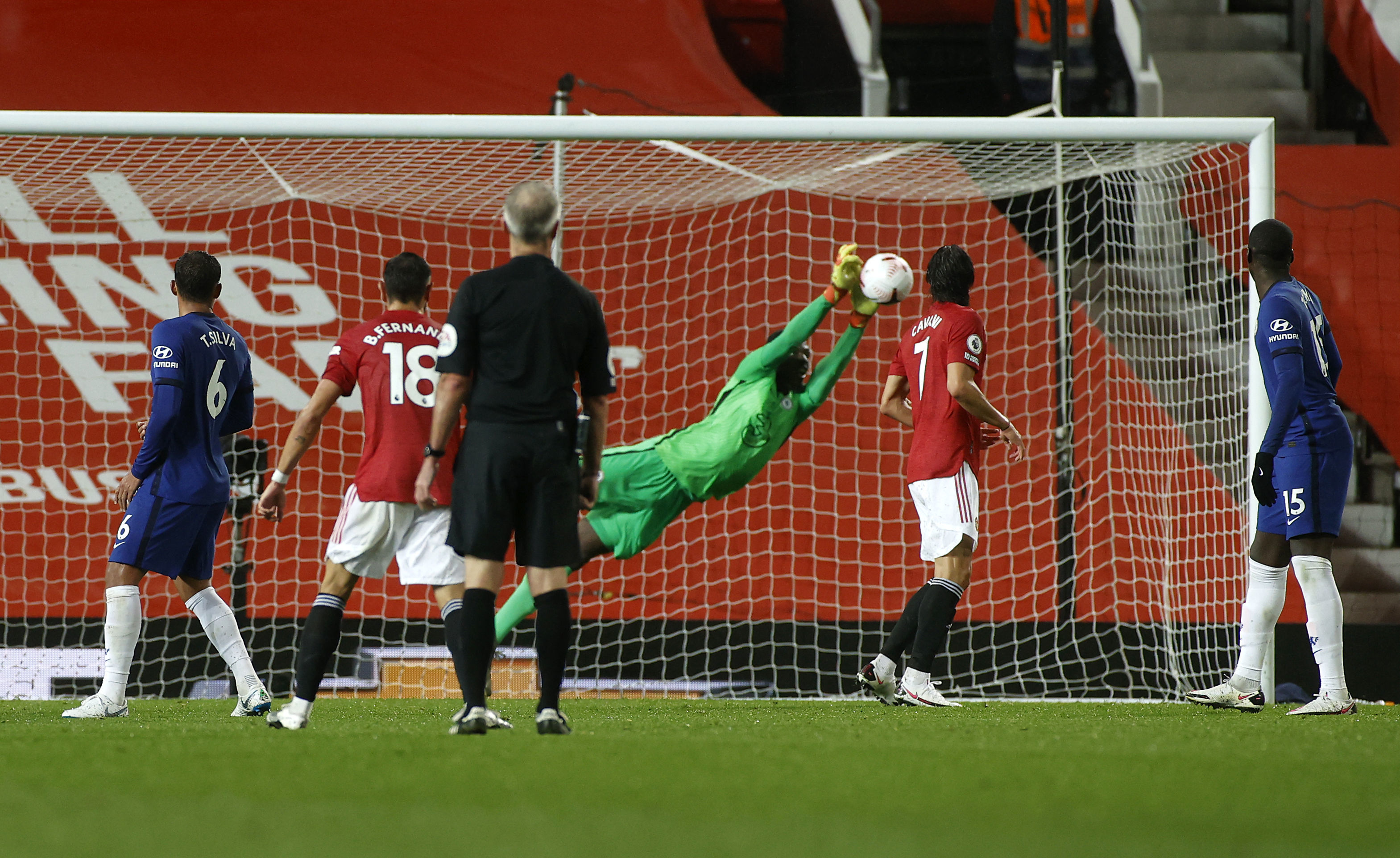 Although the Blues enjoyed a lot of possession, they were unable to turn it into chances for their front three.

Perhaps Blues ‘keeper Mendy was as bored as the viewers and that’s why he chose to sweep a Kurt Zouma backpass across his own goal and behind for a corner.

Poor Marcus Rashford, United’s lone striker, had more support from Tory MPs for his child food poverty campaign than he had from his team-mates for most of the first half.

And when Juan Mata laid a chance on a plate for him, the England international was unable to gobble it up.

Rashford ran clear and had plenty of the goal to aim at, but hit his shot close enough to Mendy for the Senegal stopper to deflect it away with his right leg.

If anything, Mendy’s stop from a curling Mata shot a few minutes later was a better save.

Rashford did have a half-decent shout for a penalty for a foul by Thiago Silva that VAR refused to award. But moments earlier technology had not even been used to review the incident in which Maguire had grabbed Azpilicueta around the neck.

So the better chances to United but neither side deserved to be ahead at the break.

And the same was still true before an hour had elapsed, so Solskjaer acted, bringing on Edinson Cavani and Paul Pogba.

It immediately produced some excitement as Cavani, with his first touch, diverted a Bruno Ferdnandes cross into the side netting.

It was more threat than Kai Havertz and Timo Werner managed to pose at the other end in more than 70 minutes, and it was the two Germans who made way as Lampard searched for match-winning inspiration.

It didn’t look like coming, for either side. When the ball broke for Pogba, his unconvincing shot was blocked by Cavani.

Solskjaer dismissed reports of Mason Greenwood’s poor timekeeping in the build-up to the match. But the England youngster arrived too late to change the course of the game.

And the game ended goalless, as it probably deserved to be.