The Manchester United ace, 23, is currently preparing to represent the Three Lions at the European Championship. 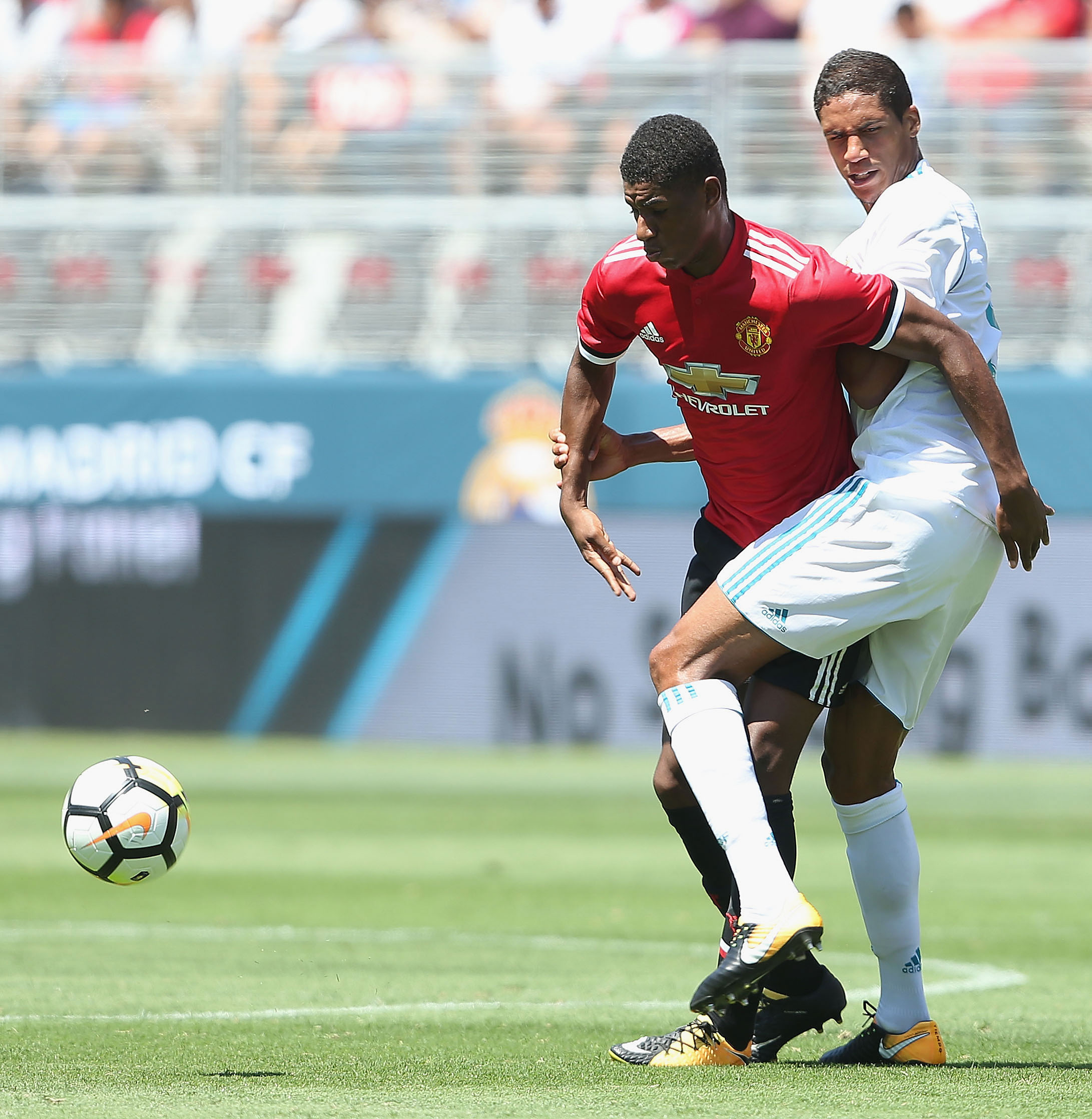 He warmed-up for Sunday’s big kick-off against Croatia by scoring a penalty to fire his country to a 1-0 friendly win over Romania last weekend.

Despite the lacklustre victory for Gareth Southgate’s side, England still remain joint-favourites for the tournament along with France.

The two nations could meet at Wembley if the Three Lions win Group D and Didier Deschamps's side finish as runners-up in Group F.

That could lead to Rashford coming up against Real Madrid’s Varane – who has been linked with a summer transfer move to United.

And the Red Devils frontman recently revealed the former Lens ace was one of the hardest defenders he has taken on.

During a recent fans' Q&A, Rashford was asked by a supporter named Daniel M to reveal the toughest defenders he has tried to get past in the Premier League and at international level.

And he was quick to name Varane along with Liverpool’s Netherlands star Virgil van Dijk and Madrid legend Sergio Ramos.

Rashford responded: “That is a tough question, Daniel.

“I think an individual is different to a unit. Some teams defend really well as units and it’s teams like Burnley, for example, who do everything as a four.

“So if one pushes up, they all push up. If one drops, they all drop. It can be, at times, difficult to find space.

“But then there are some top individual defenders – van Dijk, Ramos.

“I thought, when we played against Real Madrid in a friendly, that Varane played and he was quite tough. So there are a few people.”