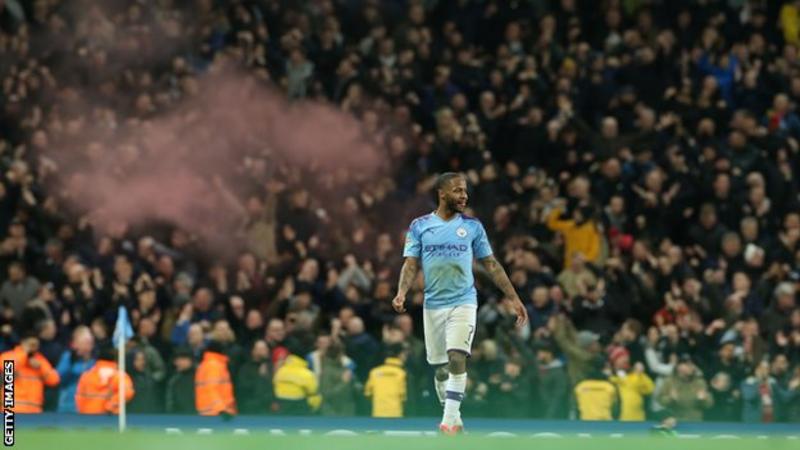 Manchester City can still have a “successful season” despite looking like relinquishing their Premier League title, says forward Raheem Sterling.

Pep Guardiola’s side, champions for the past two seasons, are 22 points behind leaders Liverpool going into Sunday’s derby against rivals Manchester United.

City have already won the Carabao Cup and remain in the Champions League and FA Cup.

Sterling told Football Focus the league campaign had been “disappointing”.

He said: “The Premier League, the bread and butter, fair play to Liverpool they have been better than everyone.

“I wouldn’t say we gave up – we weren’t consistent enough for long enough. We didn’t purposely give away the title.”

They lead 13-time European champions Real Madrid 2-1 going into the home leg of their last-16 tie and face Newcastle in the FA Cup quarter-finals.

“It is always nice to get a trophy,” said Sterling. “Now it is the business end and we have a lot to fight for. We are one trophy down and confident we can go to do major things this season. It is just as special as always.

“If you are not winning trophies you will finish the season very disappointed. Our motivation is to win every trophy we are involved in.

“We can finish in the top four and win the other two cups. It could still be a successful season.”

Sterling has 20 goals for City this season but has not found the net in his past 11 games for the club, and his scoring record against United is dreadful – he has failed to score against the Red Devils in 19 games for City and Liverpool.

“It happens,” he said. “Before January I was at 20 goals, after I haven’t scored yet but I’m five goals away from beating my record from last season and so confident I will be able to do it.

“At first I wasn’t taking in that I hadn’t scored against [United] and then the last two years I have known the record and have started to think about it too much.

“Now I am not thinking about it. I know I am going to get a moment.”

‘Game has grown in magnitude’ 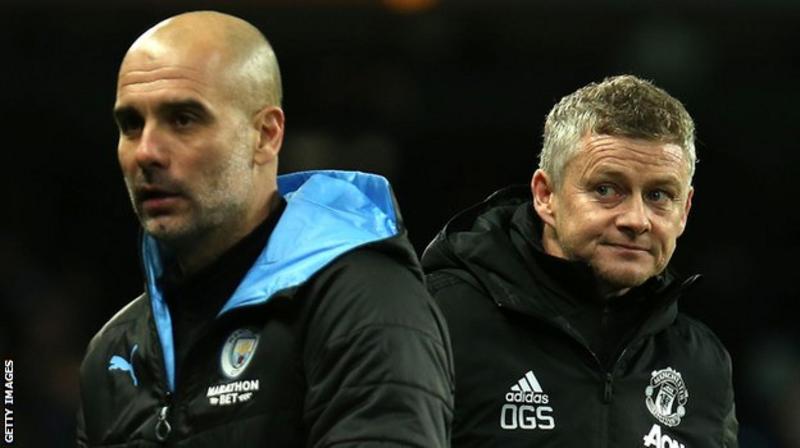 United go into the game at Old Trafford on the back of a nine-game unbeaten run in which they have kept seven clean sheets and scored 22 goals.

With 10 games remaining, they are just three points adrift of fourth-placed Chelsea in the race for a Champions League spot, while City themselves are in fine form, winning their past five games.

“It is miles more important now than it was when I came to the club,” United boss Ole Gunnar Solskjaer told Football Focus. “I didn’t feel that derby thing against Manchester City early on. It even took a few years before we played them because they weren’t at the top level.

“The bragging rights lasts more than Monday morning. We have to speed that up because we have been behind them for too many years.”

Guardiola added: “From what I saw they follow [Solskjaer] absolutely. They’re getting better. Right now is maybe their best moment of the season.

“Always it’s so nice, one of the nicest ones, I love it – it is always special. Of course the situation is a bit different. We look to improve, to finish second not [win] the title.

“For them it is more important in qualifying for the Champions League.”

Watch Football Focus on Saturday on BBC One from 12:00 GMT for the full interview