The 19 best ‘Friends’ outfits from Rachel, Monica, Phoebe and more

Sarah Paulson once went to a “makeout party” thrown by Carrie Fisher, where the “Ratched” star said she was rejected by Matthew Perry.

Paulson, 46, shared the anecdote during an appearance on “Jimmy Kimmel Live!” Monday, recalling that it happened at one of many “interesting parties” held at late author Gore Vidal’s house.

“There was a hat with names in it, and you were supposed to makeout with whomever’s name you pulled out of the hat,” she said, revealing that Shirley MacLaine and Queen Latifah were also in attendance.

“Matthew Perry pulled my name out of the hat and then promptly left the room.”

The “American Horror Story” star explained that she knew the “Friends” alum, now 51, had picked her name because he told her.

Paulson told Jimmy Kimmel that she and Perry had a mutual friend, which she suspects is why the whole situation was uncomfortable for him.

“We knew each other a little bit through one of my very best friends in the world, so it was awkward,” she said. 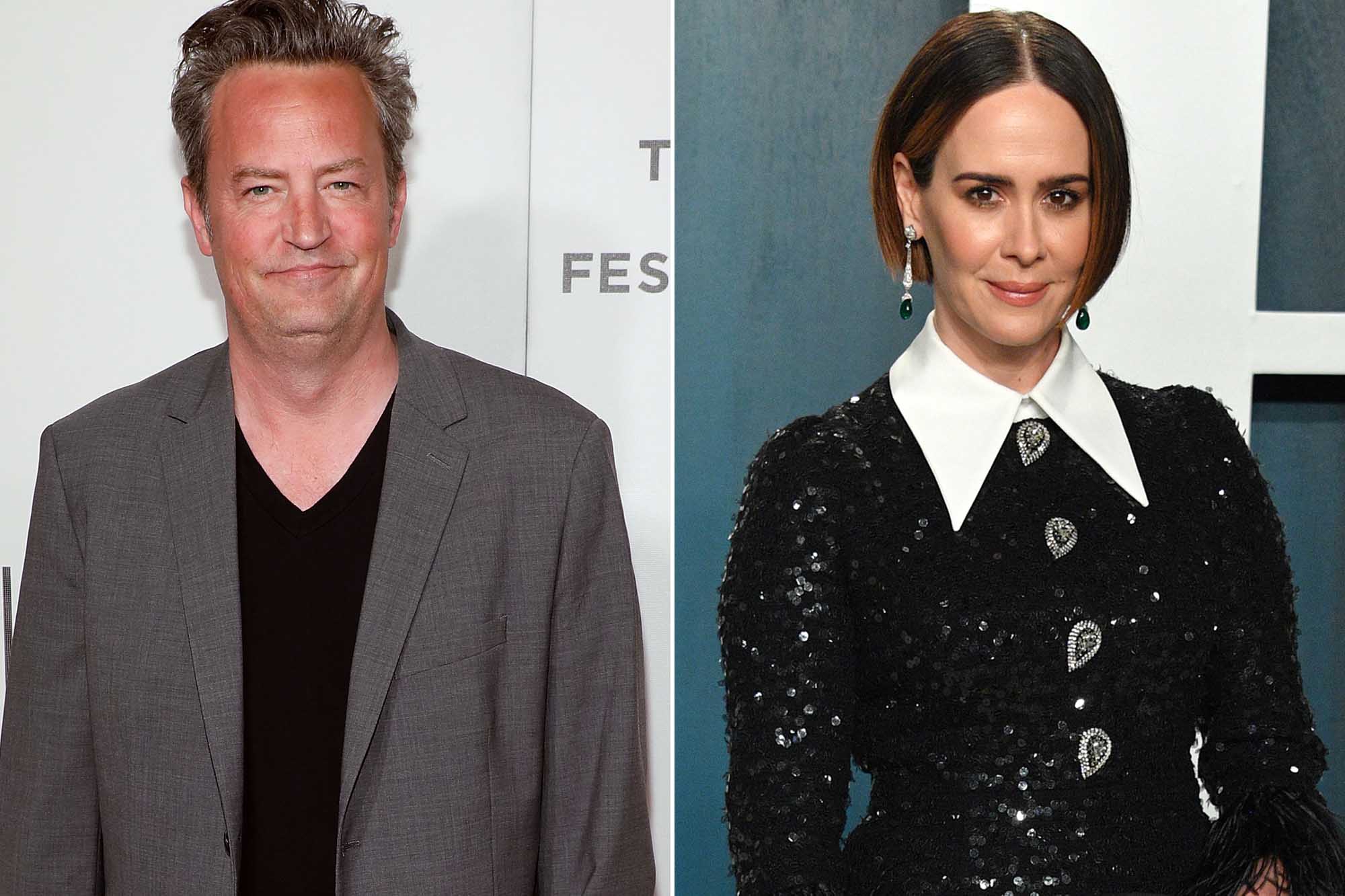 Years later, however, the pair ended up locking lips anyway while working on a project together.

“We ended up playing romantic partners in a show called ‘Studio 60,’ and I got my kiss,” she said, jokingly adding, “I got several kisses. And boy, did he regret not taking me up on it back at Gore Vidal’s makeout party.”

Kimmel, 53, responded by joking that Perry probably didn’t remember much from those years, which Paulson agreed with.

“He probably thinks we did make out at that party,” she said.

Perry has long struggled with substance abuse issues, once admitting that he doesn’t “remember three years” of filming “Friends.”

The actor was most recently romantically linked to Molly Hurwitz, though they pair broke off their engagement in June.

Paulson, for her part, has been dating Holland Taylor since 2015.