Forever his bloody valentine. Megan Fox and Machine Gun Kelly are engaged less than two years after her split from Brian Austin Green.

“In July of 2020 we sat under this banyan tree. We asked for magic,” she captioned an Instagram video of the proposal on Wednesday, January 12. “We were oblivious to the pain we would face together in such a short, frenetic period of time. Unaware of the work and sacrifices the relationship would require from us but intoxicated off of the love. And the karma.”

Fox continued: “Somehow a year and a half later, having walked through hell together, and having laughed more than I ever imagined possible, he asked me to marry him. And just as in every lifetime before this one, and as in every lifetime that will follow it, I said yes. …and then we drank each other’s blood 1.11.22.”

Kelly, for his part, shared an Instagram video of the ring. “‘Yes, in this life and every life,’” he wrote. “Beneath the same branches we fell in love under, U brought her back to ask her to marry me. I know tradition is one ring, but I designed it with Stephen Webster to be two: the emerald (her birth stone) and the diamond (my birth stone) set on two magnetic bands of thorns that draw together as two halves of the same soul forming the obscure heart that is our love. 1-11-2022.”

The actress, 35, sparked engagement speculation in September 2021 when a source exclusively told Us Weekly that she was spotted wearing a ring on her left hand at the 31-year-old rapper’s rehearsal for the MTV Video Music Awards. Fox presented at the ceremony, while Kelly (real name Colson Baker) performed with pal Travis Barker. 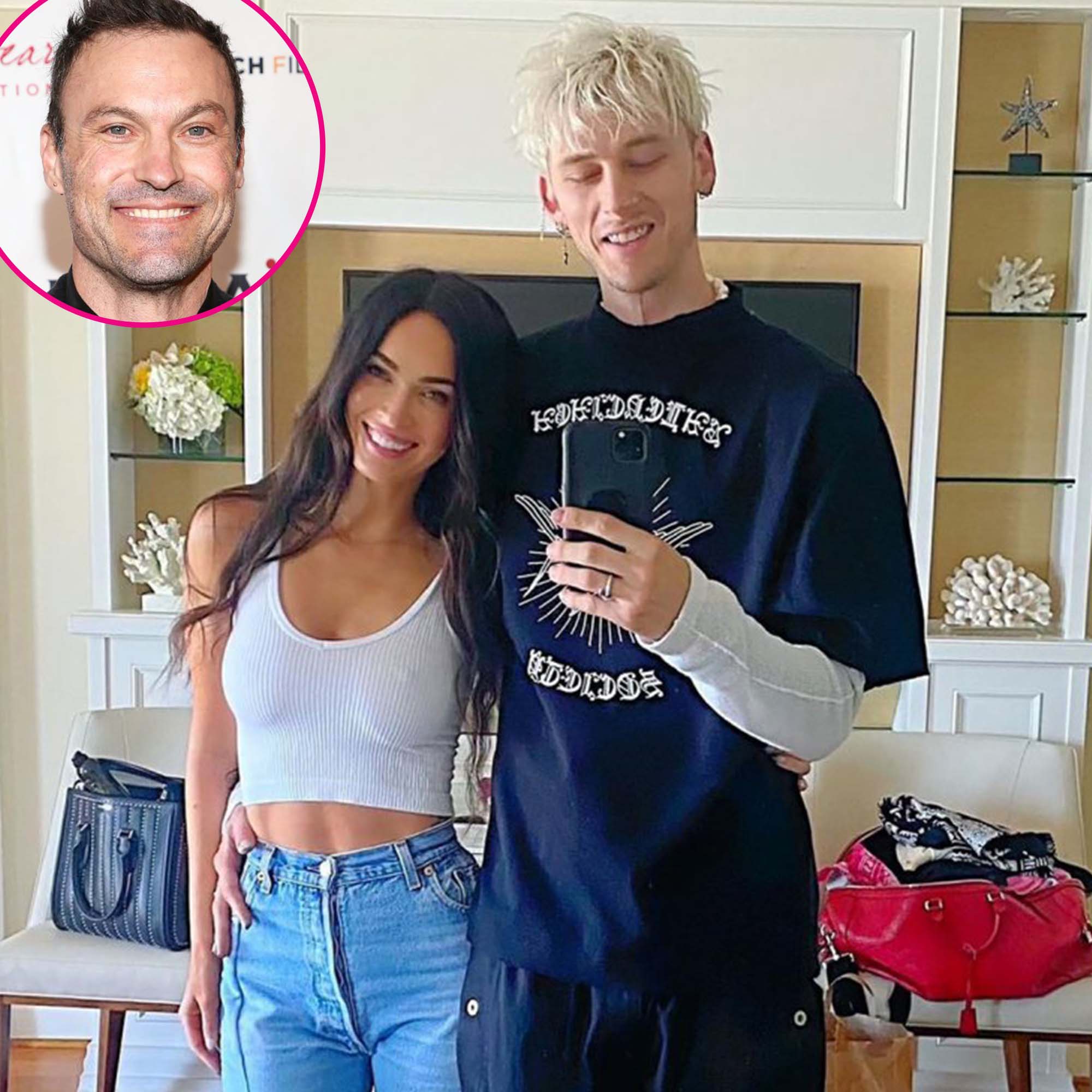 The Transformers star previously denied that she and the musician were planning to tie the knot in January 2021. After she was seen with a ring on that finger while out in New York City, she shared an Instagram Story photo of herself sporting a ring that read, “F–k you,” adding an eye-roll emoji to her post.

Fox and Kelly were first linked in May 2020 after meeting on the set of their film, Midnight in the Switchgrass. Green, 48, confirmed later that month that he and the New Girl alum — who share sons Noah, 9, Bodhi, 7, and Journey, 5 — had separated after nearly 10 years of marriage. She filed for divorce in November 2020, and they reportedly finalized the proceedings in October 2021.

The Jennifer’s Body star showed support for the Beverly Hills, 90210 alum’s relationship with girlfriend Sharna Burgess in July 2021, commenting, “Grateful for Sharna,” on a PDA-filled Instagram post of the couple. Green — who has been dating the Dancing With the Stars pro, 36, since October 2020 — shed light on his dynamic with Fox at the time amid speculation that her reply was shady.

“For people that need or want clarification. Megan and I get along great,” he wrote via his Instagram Story. “Neither of us are sending petty digs to each other. We both work really hard to get along and coparent well for our kids. Now stay safe and spread kindness and love.” 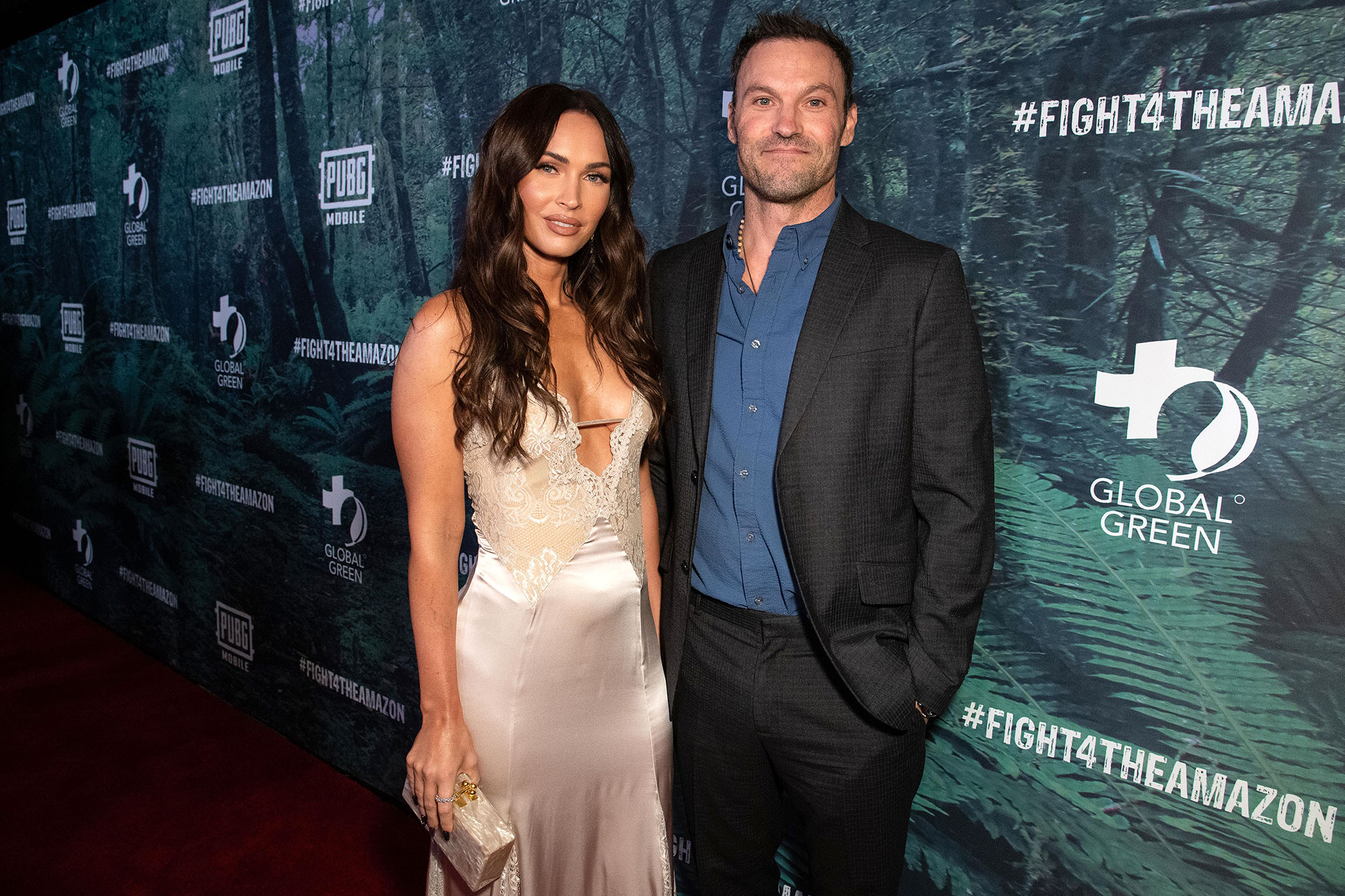 An insider told Us in July 2021 that Fox and Green were past their previous drama and concentrated on their new loves: “They’ve both clearly moved on and are happy in their own relationships. They’ve found soulmates essentially and are focusing on their own personal relationships now.”

As for the Teenage Mutant Ninja Turtles actress and Kelly, who shares daughter Casie, 12, with ex Emma Cannon, a source revealed in February 2021 that the pair were taking their time before settling down. While he was ready to “marry her in a heartbeat,” she was not “in any rush to get married again.”