Skip to content
HomeLifestyleMICHAEL GOVE: Britain can use sovereignty to be a force for good

We have taken back control and we’re not going to trade it away: MICHAEL GOVE says Britain can use its recovered sovereignty to be a force for good in the world

We are living, Pope Francis has said, not so much through an era of change as a change of era – one in which expectations and opportunities have been transformed.

The financial crisis and other failures of leadership from a past generation of political and business leaders have turned people against distant and unaccountable power-brokers. Citizens want to bring de-mocracy back home.

Bringing institutions back closer to the people they are supposed to serve is a critical demand for this new age. And putting the people’s priorities at the heart of a re-energised democracy means addressing inequalities and divisions.

This re-invigorated commitment to help undervalued communities and those families who have been overlooked goes hand-in-hand with a new approach to the accelerating pace of technological change. 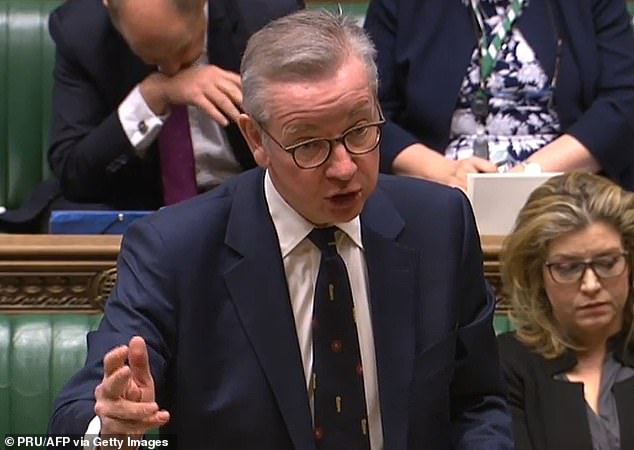 Our aim is to secure a comprehensive free trade agreement and find common ground on issues such as our fisheries, security and aviation, says Michael Gove

Nations which are flexible and nimble are best equipped to ensure new technologies can be harnessed in a way which benefits all – not just those with connections.

These new political realities can be seen worldwide, and they are particularly powerful in Britain. They lay behind the vote to leave the EU and Boris’s victory in the General Election, and mean we can now ensure the UK shapes this new era in a positive way.

And we can use our recovered sovereignty to be a force for good in the world and a fairer nation at home. We are entering a new chapter in the history of these islands.

This week, the Government will take significant steps to shape that future. We will set out our proposals for trading with the US, the world’s biggest economy and our strongest ally. In Brussels tomorrow, the Prime Minister’s chief negotiator, David Frost, will open talks with our EU partners about the shape of our new relationship, based on free trade and friendly co-operation.

Our aim is to secure a comprehensive free trade agreement and find common ground on issues such as our fisheries, security and aviation. I believe we can secure a great new deal but it is vital we are clear from the start that these talks are taking place in new times.

Yes, we want the best possible trading relationship with the EU. But we will not trade away our newly recovered sovereignty. 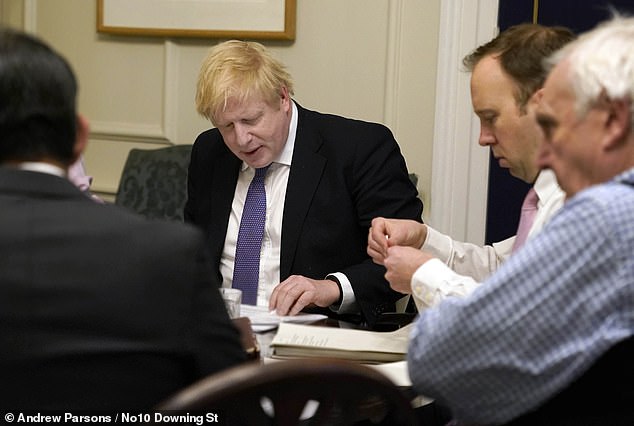 The vote to leave the EU and Boris’s victory in the General Election means we can now ensure the UK shapes a new era in a positive way, says Michael Gove

The UK’s approach to the future relationship was clearly set out by the Prime Minister during the Election campaign and again in his Greenwich speech last month.

First and foremost, we see it as one based on friendly co-operation between sovereign equals. Just as we respect the EU’s sovereignty, autonomy and legal approach, so we expect them to respect ours. That means there must be no obligation for our laws to be aligned with those of the EU or its institutions, including the Court of Justice.

Rather, each side will respect the other’s independence and the right to manage its own borders, immigration policy and taxes.

And we see the new relationship developing along the lines of the EU’s existing relationships with other dynamic sovereign states like Canada, Japan and South Korea. Because we will be seeking simple, streamlined and well-understood arrangements, agreement can be reached quickly. This will help both sides meet the aim, set out in the Political Declaration last October, of concluding a ‘zero tariffs, zero quo-tas’ free trade agreement.

Independence means not only full control of our borders, but also our waters. We can manage our precious maritime resources in a better way for the environment and jobs. Access to fish in UK waters will be for us to decide – a new approach which is both greener and fairer.

Both the UK and the EU uphold desirable standards on social and environmental protections. Indeed, the UK has a proud record of exceeding EU standards and having led the way to improving global standards in a number of key areas. On workers’ rights, for example, the UK offers a year of maternity leave – with the option for parents to convert this to parental leave. The EU minimum is just 14 weeks.

And on environmental standards, we were the first country in the world to introduce legally-binding greenhouse gas emission targets, in the 2008 Climate Change Act. More recently, we were the first major global economy to set a legally-binding target of net-zero emissions across the economy by 2050. Far from diluting existing protections, we wish – as our Environment Bill shows – to go further and faster than the EU in helping the natural world.

Clearly and emphatically, the British people decided the next chapter in our island story meant taking back control. This new era requires politicians to bring power home and to ensure the rules governing countries are made by those who are directly accountable to the electorate. That is the way to ensure every citizen’s voice is given equal weight, and which allows us to adapt most nimbly and flexibly to technological change. That is what we are delivering in ways that will benefit the whole of the UK.

In coming months, as the British chair of the joint UK/EU committee overseeing the Withdrawal Agreement, I will be making sure we continue to seek the best possible relationship with our friends and allies in Europe. But we would be neglecting our duty to the British people if we did not always put their welfare first. Because that remains the most important deal of all.