Breast-feeding with pride! Michelle Branch took to Twitter after being criticized for nursing at a park.

Sadie Robertson and More Celebs Clap Back at the Parenting Police

“I just got shamed by another mother (who was holding her own young infant!) for nursing my 6-week-old baby on a bench at a playground while my toddler was playing,” the singer, 38, tweeted on Tuesday, March 15. “She said I wasn’t ‘being modest.’ I am in shock that this kind of judgement was coming from a fellow mom!” 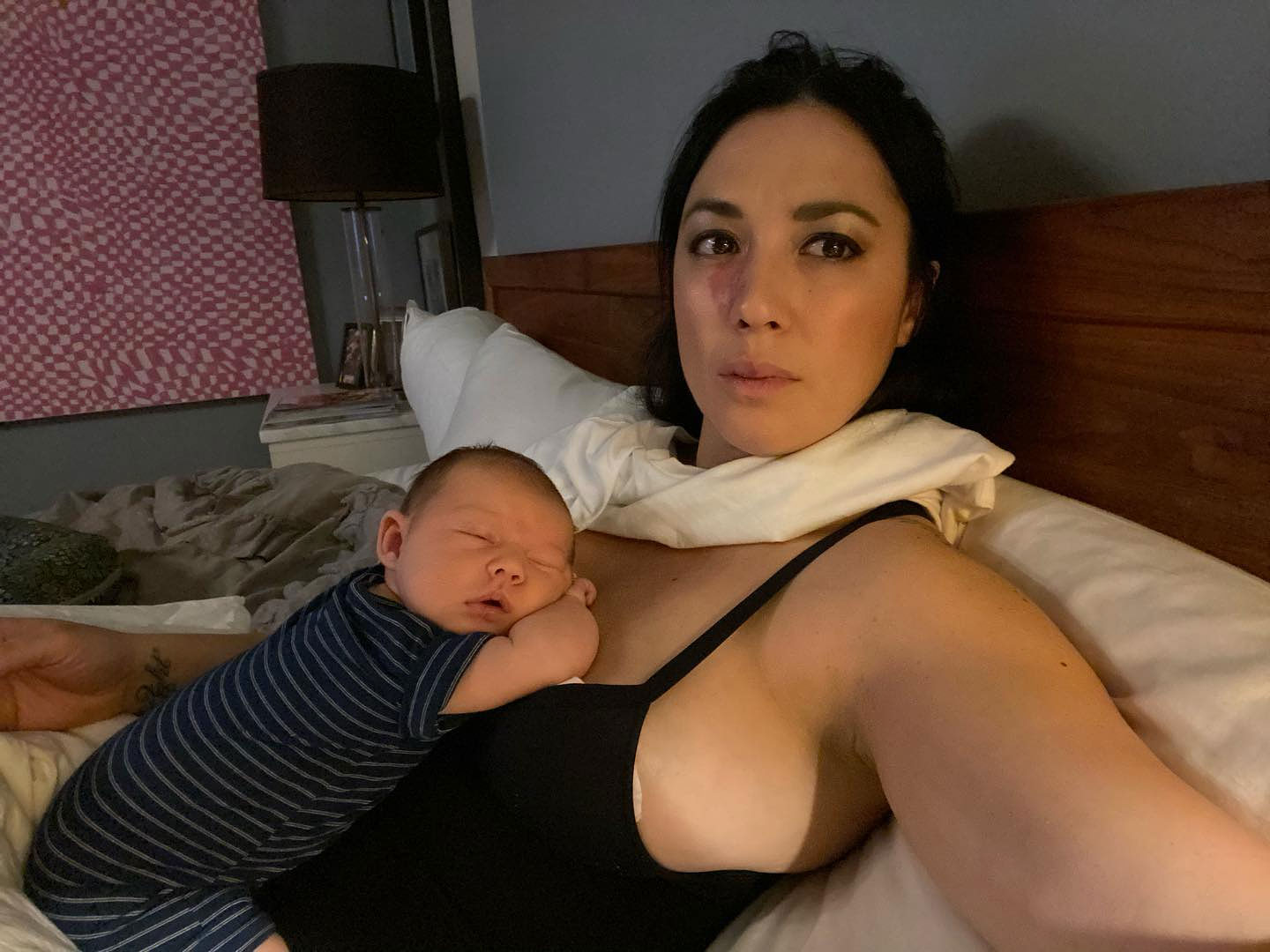 The Arizona native went on to clarify that she was wearing a nursing tank top and “was seated away from others” while breast-feeding her daughter Willie.

“It’s not like I walked into the crowd and whipped my tits out,” the songwriter, who is also the mother of daughter Owen, 16, and son Rhys, 3, added. “Being a mom is hard enough. Can we not judge one another for how we feed our babies?”

When one of the Grammy winner’s followers wrote that she “probably would have just whipped out [her] other boob and wiggled it at [the mom-shamer] menacingly,” Branch replied, “LOL. … I was in shock, so I didn’t say anything back. I’m fuming!”

“Just when we were rounding third and heading home (a baseball metaphor?! I know), 2020 was like, ‘Nah, I ain’t done yet,’” she wrote via Instagram at the time. “December decided to really finish us off with a bang! No, literally. A bomb went off in downtown Nashville yesterday. And to further twist a dagger in my heart, I experienced my first miscarriage (ugh! Motherf–ker!). But alas, between the crying and binge eating of Christmas cookies, I decided to put on lipstick and a dress. We drank champagne alllll day. Made an incredible meal and sang Christmas songs snuggled up by a roaring fire. 5 more days until 2021.”

Branch concluded that she was “limping to the finish line” of 2020, writing, “These people, my precious family, my husband, sister and kids have been the MVP’s. I couldn’t imagine spending a year isolated with anyone else [amid the coronavirus pandemic].”