A mother who felt like a ‘zombie’, because her new baby was so restless she didn’t get a full night’s sleep for more than three months, claims her son now sleeps for 10 hours a night – thanks to a ‘magic’ pillow spray.

Emily Pritchard, 26, and partner Ross Jewitt, 31, from Braintree, Essex, were left exhausted following the birth of their son Jesse last September, because the newborn woke up every two and a half hours without fail.

The first-time mother tried everything to get the tot, now five months, to bed and even splashed £100 on an expensive course in cranial osteopathy and played white noise.

Emily was so concerned that she even took her son to the GP, but nothing seemed to help Jesse to settle

However, salon manager Emily and Ross who owns a carpet fitting company, are now rejoicing after discovering a £10 sleep spray from Boots that they were recommended by a relative in December.

The couple claim that Bloom and Blossom’s The Very Hungry Caterpillar Baby Pillow Spray worked the very first time they used it,and Jesse has slept through for ten hours straight every night, allowing them to enjoy six weeks of undisturbed snoozing. 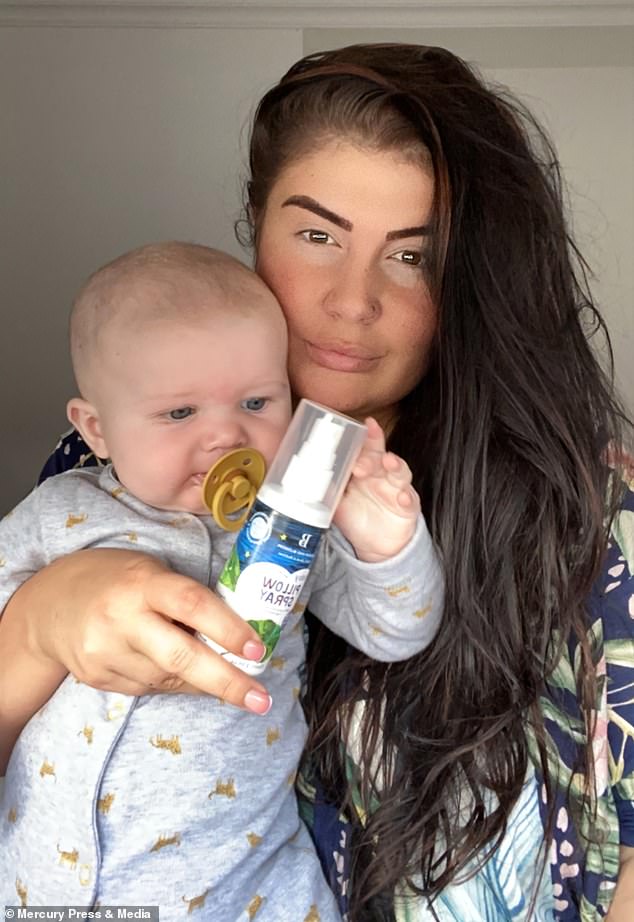 Emily Pritchard, 26, from Essex, claims Bloom and Blossom’s The Very Hungry Caterpillar Baby Pillow Spray has helped her newborn Jesse to sleep ten hours a night. Pictured: Emily with Jesse and the ‘magic’ spray from Boots

‘I got a big shock when I brought Jesse home.

‘He was waking up every two and a half hours, so I would be up three or four times a night.

‘I was like a zombie and stayed in my pyjamas all day – it was exhausting.

‘Ross was getting up for work completely shattered and Jesse was miserable, whingy and upset because he was so tired.

If a sleep spray doesn’t work, how to the experts recommend helping your baby to nod off?

Author of Your Baby Skin to Skin Rachel Fitz-Desorgher, shared her advice for helping babies to sleep with Femail

We all love those cute pictures of smiling babies in our Instagram feed. What a nasty shock when our own little bundle turns into a screaming wriggler every evening.

Babies are highly evolved to be very agitated through the long evening hours . Their painful writhing ensures that parents simply can’t help but pick them up and do everything in their power to soothe them. So here are my three top tips for soothing a restless baby.

1. Get moving: Babies love movement, so put some music on, cuddle your baby really close and rock out. If you stop, expect the wriggling to start up again, so make sure you have a very long playlist.

2. Do your vacuuming in the evening: White noise is notoriously soothing for humans and babies are no different. Vacuum cleaners, hairdryers, electric fans or a white noise phone app will all get those eyes drooping closed.

3. Grab some oil: Massage raises the level of soothing hormones in a baby’s bloodstream. So warm a soft towel, undress your baby and wrap them snugly and then, exposing one area at a time, enjoy gently massaging your baby. It might just become your favourite part of the day!

Rachel will be speaking at The Baby Show, London ExCel on 1st March 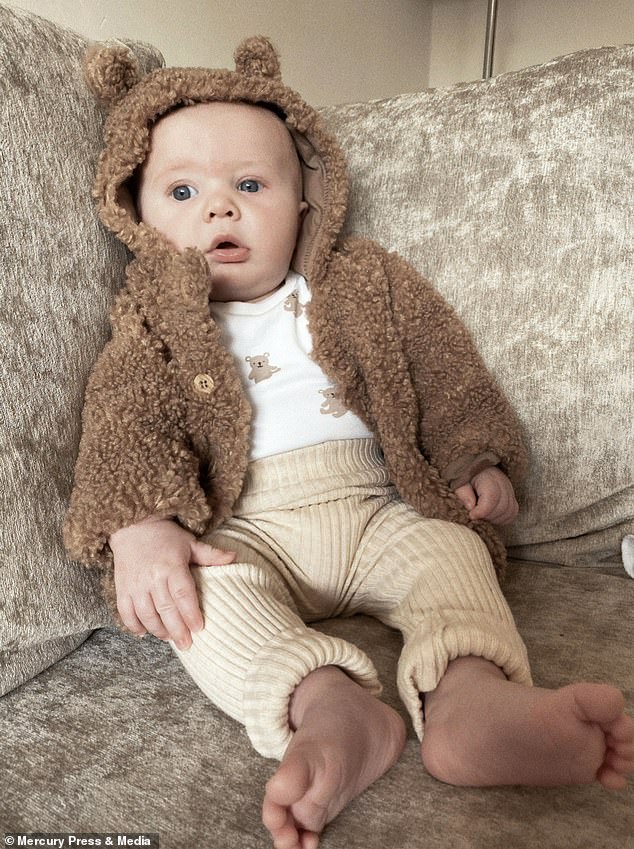 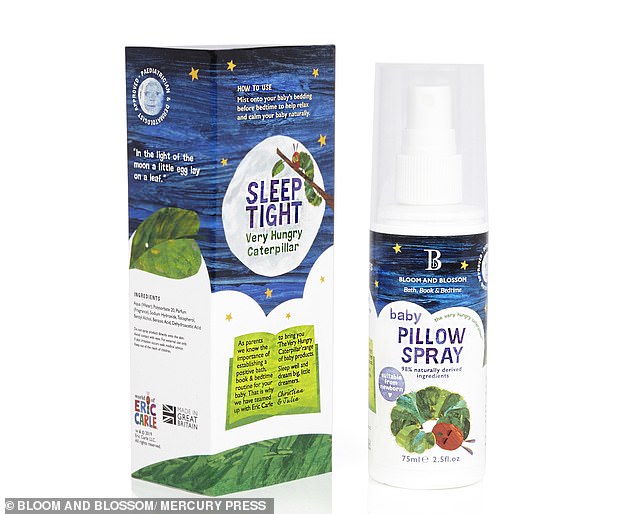 ‘Lots of people told me it was normal for the first couple of months, but it was still happening in December, four months after he was born.

‘I genuinely thought something was wrong with him. I even took him to the doctors.’

Desperate to find a solution to Jesse’s sleep problems, Emily tried everything from playing white noise to getting her son to sleep on his side.

After posting on social media about her dilemma, she spoke to her sister-in-law, who recommended Bloom and Blossom’s The Very Hungry Caterpillar Baby Pillow Spray, which was on offer at Boots. 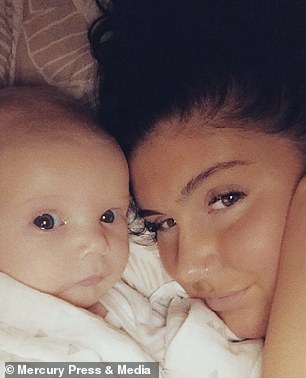 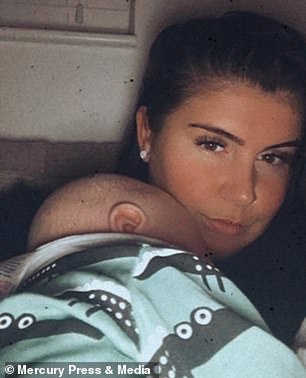 How much sleep should your baby be getting?

According to experts newborn babies sleep for up to 18 hours out of every 24 in their first few weeks.

However, parents can expect some sleepless nights because often babies won’t sleep for more than one hour to three hours at a time, day or night due to the need for frequent feeds.

At around six to eight weeks, newborns may sleep for shorter periods during the day and longer periods at night.

It is possible for a baby to sleep through the night from as early as eight weeks old, but each child is different.

Experts suggest encouraging habits to develop their sleeping pattern. Babies are usually able to fall asleep on their own from around three months old.

The £10 spray contains plants known for their calming properties such as Sicilian lavender, jasmine and ylang ylang.

Emily continued: ‘The first time I used it, it was like magic. He slept through the whole night for the first time ever.

‘I woke up three or four times that night just out of habit, but every time I checked Jesse he was fast asleep.

‘The following morning I woke up and checked the time. I couldn’t believe it when I realised he’d slept for 10 hours. 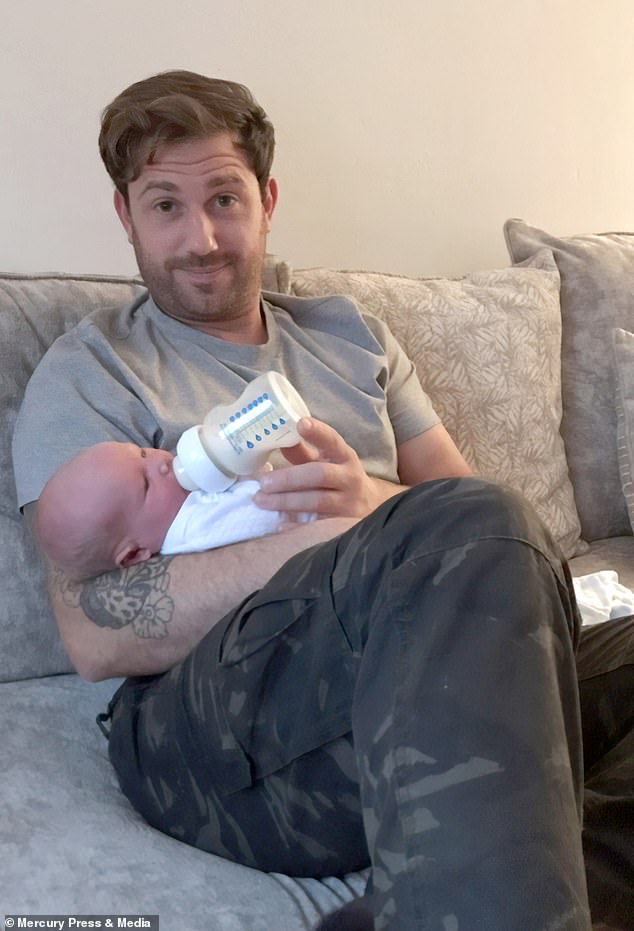 The couple claim the first time they used the spray, Jesse slept through the night for the first time. Pictured: Ross feeding baby Jesse

‘I now use the spray religiously.

‘I don’t want to stop using it in case he wakes up again.’

Jesse now sleeps for nine and a half hours every night, from 10:30pm to 8am.

Emily claims that she hasn’t had a disturbed night since she started using the spray, allowing her and carpet fitter Ross to get their beauty sleep too.

The new mum, who is now back at work, said: ‘When I was exhausted, I was not enjoying parenting.

‘Being a new mum, I felt like I wasn’t really there because I was so tired.

‘Now, Jesse has completely changed – he’s so smiley and happy.’