A busy mum of two has revealed how she is sometimes forced to make two or three different meals every night because of her fussy children.

But the mum has an ‘easy’ solution for when everything gets too hard at meal times – ‘dinner platters’.

The mum simply cuts up bits and pieces of fruit, makes a few mini sandwiches and pops other treats he kids like on a plate. 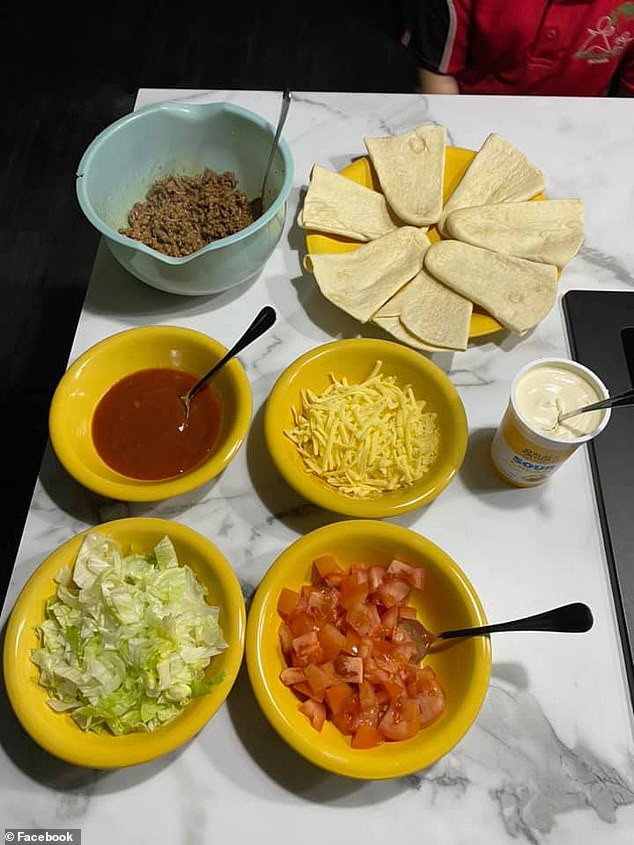 A busy mum of two has revealed how she is sometimes forced to make two or three different meals every night because of her fussy children. She recently made tacos but her son wouldn’t eat them

Do you make more than one meal each night for your family?

Do you make more than one meal each night for your family?

‘I try to keep them simple and cost affective seeing as we all eat different meals,’ she said.

She and her husband had tacos for dinner.

If the children don’t want to eat the ‘main’ meal then they are give something more cos effective, she explained in the comments.

Some parents said she should adopt the ‘eat what’s in front of you’ rule.

‘I don’t have the time, patience or money to make separate meals,’ one woman said.

‘I used to do that but after travelling through India, and seeing literally starving children and immense suffering it changed my perspective, when I got home if the kids didn’t want it then they could go hungry, about a week later they ate everything I served up,’ said one dad.

After she was attacked by parents who told her to teach her kids to be less picky at meal times she hit back immediately.

‘I understand some people use the old ‘eat what you’re given or starve’ and that’s completely fine. I don’t disagree with anyone, I myself am my own person and I like to do it this way,’ she said. 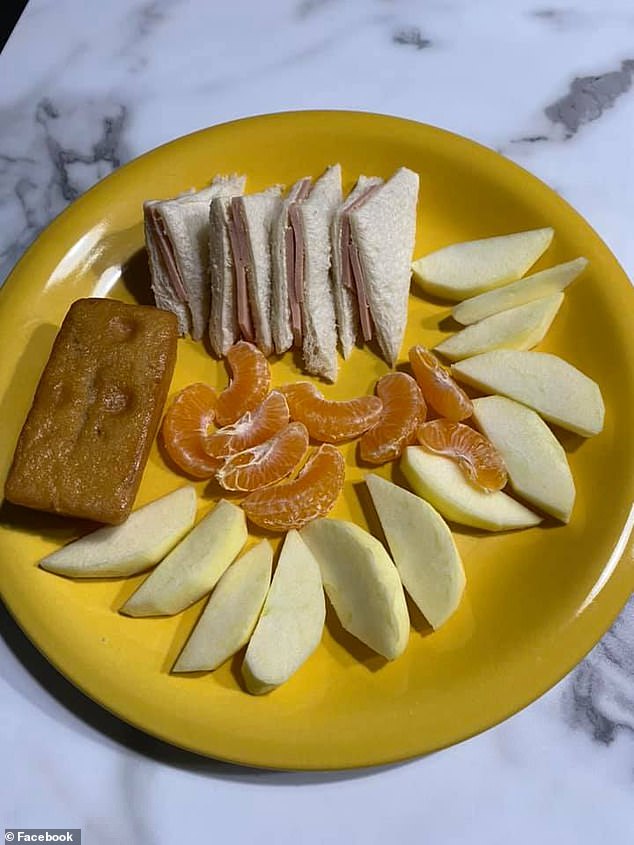 So instead she prepared him a ‘dinner platter’ with his favourite foods. She says this is the easy way out of cooking two or three different meals

‘I didn’t ask for hateful comments saying I will ‘regret’ my decisions. I’m happy if my family are happy.’

And others agreed with her.

‘I make different dishes every night also. I don’t like certain foods so I’m sure as hell not going to eat them or starve,’ one woman said.

‘Look at all these perfect parents. Half of you have probably microwaved party pies and fed them to your kids for dinner. But the moment a mum offers fruit and a sandwich for her child instead of tacos, it’s world war three.’