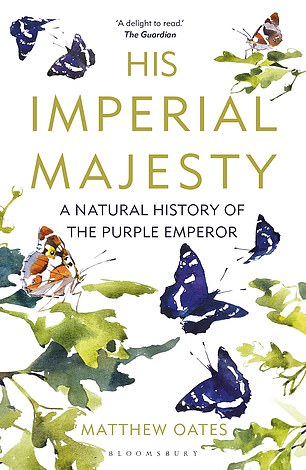 ‘Incredibly, only one person has died in pursuit of the Purple Emperor in Britain,’ writes the naturalist and poet Matthew Oates in his exuberant natural history.

First recorded in Britain in 1710, the Purple Emperor has been an object of obsession: Victorian butterfly enthusiasts would go to bizarre (and even fatal) lengths to capture one.

Oates has been obsessed with butterflies since he was a schoolboy, and now devotes his time to ensuring the future of Britain’s most magnificent species.

His captivating account of this ‘mysterious, elusive, ebullient, enthralling and highly amusing’ insect concludes on a positive note: although its numbers have been in decline, the Purple Emperor is now making a welcome comeback.

Nineteen-year-old Lucie Tang Churchill has been invited to the wedding of the year — a marriage between her childhood friend, Taiwanese heiress Issie Chiu, and an Italian aristocrat, Adolfo De Vecchi, on the island of Capri.

The only downside is that Lucie is chaperoned by her cousin, Charlotte, who is nicknamed ‘Madame Buzzkill’. No sooner have they arrived than Charlotte is complaining vociferously about the lack of a sea view from their luxurious hotel rooms.

She is overheard by a gloriously vulgar fellow guest, Rosemary Zao, who insists that Lucie and Charlotte take over her sea-view suites.

A homage to E.M. Forster’s novel A Room With A View, Kevin Kwan’s witty, frothy and entirely delectable romcom is a sharp but affectionate satire on the luxurious lives of the international smart set. 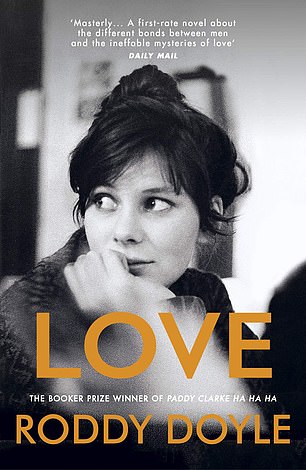 For Davy and Joe, a tour of the bars of Dublin becomes a night of memory, confession and the rediscovery of old friendship.

In their 20s, the two spent many nights like this, drinking, talking, trying to get off with women. But then they both got married, Davy moved to England, and the friendship dwindled to occasional meetings.

On this particular evening, both men are in the midst of life-changing events. A year ago, Joe ran into Jessica, a woman with whom both he and Davy were in love decades ago.

That encounter has changed his life in ways that he can hardly explain: ‘There is a reason why men don’t talk about their feelings,’ he says. ‘The words aren’t really there.’

But Roddy Doyle finds the words in this tender, funny novel about love, loss and male friendship.