It's too easy to miss brilliant streaming shows, movies and documentaries. Here are the ones to hit play on or skip.

Netflix’s first African original series is a ripper that delivers action, espionage, insight and exotic locations, challenges assumptions about Africa, and places strong female characters front and centre at every turn. Our heroine is the eponymous Queen Sono (Pearl Thusi), a glamorous and deadly agent for a mysterious South African spy agency dedicated to fighting injustice across the continent. But, charming as it is in places, Queen Sono is no sunny wish-fulfilment fantasy. Its Africa is still a place of monumental corruption, foreign exploitation and militia atrocities, and the South African characters in particular speak in jaded and bitter tones about the undelivered promise of their country's hard-won democracy. 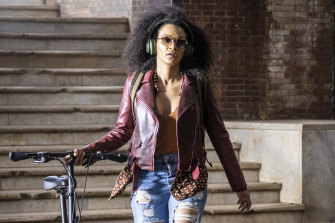 It looks as though the Big Bad is going to be Ekaterina Grimova (Kate Liquorish), a murderous Russian business-criminal out to manipulate wars and insurrections across the continent to rake in cash via her mercenary business. Neither Queen nor Ekaterina are averse to a spot of bone-crunching hand-to-hand combat, but where Ekaterina's wardrobe is mostly business and athletic wear, Queen's is all about the most head-turning new fashions. You might think such colourful clobber would be a hindrance in the secret-agent caper, but in the show's first big action sequence – a real kinetic one shot in the narrow streets and covered markets of faraway Zanzibar – shows how Queen can turn it to her advantage.

Other things, though, are a bit trickier for Queen to deal with. One of these is the legacy of her mother, a legendary freedom fighter – or notorious terrorist, depending on your view – who was assassinated in front of the five-year-old Queen. Another is Queen's former lover and comrade, Simon (Tuks Tad Lungu), who has become so disillusioned by corruption that he has taken up arms in a seemingly futile rag-tag insurrection making hit-and-run strikes across several countries. There are lighter moments too, many of them involving Queen's beloved grandmother (Abigail Kubeka).

Series creator and South African TV comedy veteran Kagiso Lediga achieves a fine balance of action, drama and reflection, and he organically presents socially conservative audiences with progressive perspectives on women, sexuality and religion. Viewers unfamiliar with Africa will find some preconceptions challenged (at one point the series juxtaposes a lowlife white family in a cramped, rundown house against black people living in the kind of luxury afforded by generously remunerated government office). Engrossing telly, and certainly never dull.

Can the gentle, Shakespearean avuncularity of Patrick Stewart succeed in sucking a dedicated non-Trekkie into the Star Trek universe? Yes, indeed! It helps that Star Trek: Picard seems leaner and less episodic than previous series, playing like a straight mystery action-thriller with fewer flourishes of philosophy and wardrobe. No prior Star Trek knowledge is required as old Picard (Stewart) comes out of retirement to try to find and save a kind of daughter figure he's never met from a band of extraterrestrial assassins.

The cast is a ripper but life is a succession of hammer blows in this sudsy but emotionally authentic series from veteran British writer Kay Mellor. A cascade of calamities afflicts working-class friends Linda and Gail (Phyllis Logan and Zoe Wanamaker) and their more upscale pal, Sue (Miranda Richardson), pushing them back into the intimacy – or at least the proximity – that they shared in their youth. Sue and Gail rally around Linda after the death of her husband, but suspicions arise even as Richardson provides chuckles.

An engrossing documentary that looks at the seeming inevitability of humans – even us lot in the West – having to turn to insects as a daily food source, and which chronicles several start-ups' unsuccessful attempts to get that ball rolling. The maths seem simple: the planet's human population will grow by billions over the next few decades, and agriculture as we know it won't be able to keep up forever. The use of "cricket flour" in protein bars, pasta and sauces might be a start. 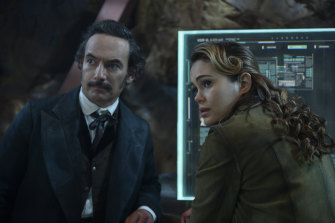 Netflix's grimly spectacular sci-fi noir is back, and this time it's Marvel-movie fixture Anthony Mackie playing grudge-bearing tough-guy Takeshi Kovacs. Why the new actor? Well, in this far future bodies don't really matter. Most folks have uploaded their consciousness to a small storage device known as a "stack", which can then be stuck back into your own body – or into any other body. If you wreck your original body you can just have your stack stuck into another one – organic or synthetic, as you prefer.

Mackie gives Kovacs a suitable sort of intensity and loose-limbed physicality, so it's all good, right? Not everyone's happy. The fragile immortality afforded by the stack system is under threat from a new weapon that can destroy your back-up stacks. As a result, Kovacs is going to find himself in the middle of another deadly mystery, scowling past some stunning backdrops and getting into fights that range from wildly acrobatic to nasty, brutish and short. New showrunner Alison Schapker (Lost, Fringe) continues expanding a fascinating world out of the novels by Richard K. Morgan.

There's plenty happening in the new season of this gorgeous documentary series following the work of a very thorough school for orphaned orangutans in Indonesian Borneo. New orphans are arriving, being sorted into groups according to age and ability and heading out into the jungle with human teachers to learn the skills they will need to survive in the wild. It can take more than a decade to learn the survival skills needed to graduate, but it looks like a whole lot of fun.

*Stan is owned by this masthead.