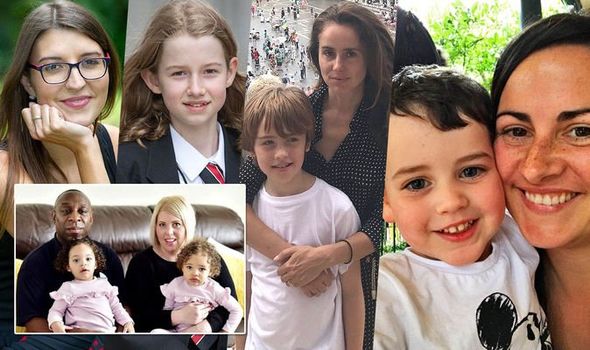 Phenylketonuria (PKU) leaves sufferers to live on a severely restricted diet as too much protein is hazardous to their health.

Since 2008 US firm BioMarin’s drug Kuvan – which could help 600 UK sufferers lead a normal life – has been approved for use but not available on the NHS.

Meanwhile patients in 26 other European countries have it. It costs around £45,000 per adult each year and as low as £4,000 for a toddler.

In December Prime Minister Boris Johnson vowed that if re-elected he would do his “utmost” to strike a deal but US drug firm BioMarin and the NHS are still at loggerheads.

So on Rare Diseases Day today the Daily Express has launched a crusade, demanding action for PKU sufferers.

Yesterday former health secretary Jeremy Hunt, a campaigner for PKU sufferers, backed the Daily Express campaign. Mr Hunt said: “Kuvan will change the lives of thousands of people including a number of my constituents with PKU. This excellent campaign by the Daily Express has my full support.”

Eric Lange, chairman of The National Society for Phenylketonuria, said: “The NHS has accepted Kuvan is a safe and effective drug.

“It is completely unacceptable the UK is one of the only countries in the world which does not provide this treatment.” 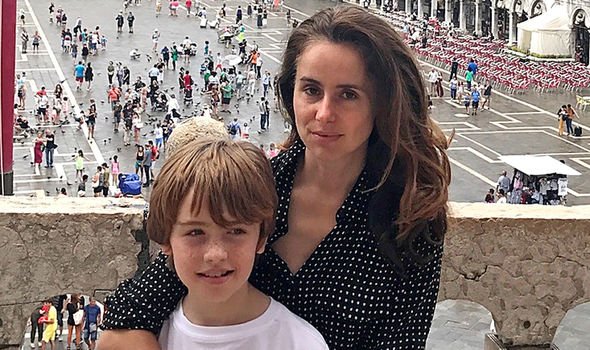 People with PKU cannot properly digest the amino acid phenylalanine, it builds up and can cause brain damage. Kuvan reduces those levels but has yet to be approved by NHS drugs appraiser the National Institute for Health and Care Excellence.

NHS England wants BioMarin to re-engage with the NICE process after the firm withdrew in October.

Leading PKU campaigner Kate Learoyd has fought for years for sufferers to access Kuvan even though her son Alex, 11, is luckily taking the pill.

Kate, 46, of Holt, Wiltshire, said: “I started campaigning because I know this drug changes lives. When Alex was five years old his consultant at Bristol Children’s Hospital offered us the chance to use Kuvan on a clinical trial.

“All I have to do is give him Kuvan pills in the morning and this boosts his ability to metabolise protein. This makes his PKU much easier to manage. When I saw the difference Kuvan could make I was determined to campaign to get the drug available on the NHS. The Health Secretary Matt Hancock must sort this. It’s time the 11-year wait was over.”

Meindert Boysen, director of the Centre for Health Technology Evaluation at NICE, said: “We understand this is a stressful time for patients and their families.

“We urge BioMarin to reverse their decision to withdraw from our standard appraisal process. ”

Last night BioMarin said: “The decision is devastating and means there is no realistic probability of Kuvan becoming available in England.

“The NICE single technology appraisal STA) system is not designed to evaluate rare disease treatments and is not a suitable pathway for Kuvan. To embark on the STA process would encourage false hope for patients. BioMarin has offered the lowest tier of pricing in the world to NHS England – but the NHS does not recognise the burden and severity of PKU.” 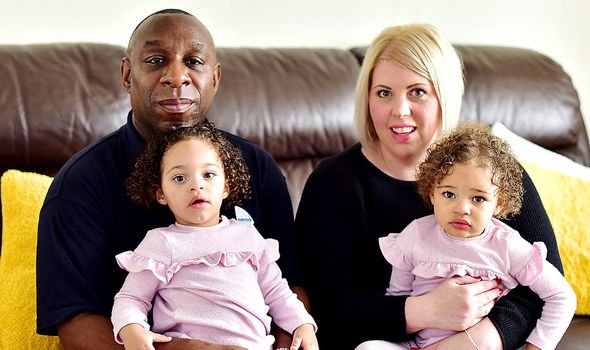 Mum Leanne Barnett knows the anguish of living without life-changing drug Kuvan – as her twin two-and-a-half year-old girls have PKU.​

Sisters Olivia and Ruby were born via IVF after parents Leanne, 43, and Peter Barnett, 55, tried for 17 years to have children.​

But the couple, of Kingswood, Gloucs, were shattered when doctors revealed both babies had PKU.​

Every day full-time carer Leanne measures and weighs each meal and snack ingredient to be sure it is low in protein.​

Leanne said: “It is disgraceful after 11 years we still don’t have Kuvan on the NHS. ​

“We were advised that for their age it would only cost the NHS around £12 a day to pay for Kuvan each for them.​

“Instead they mainly eat prescription-only foods that are specially low in protein. So how much is that costing the NHS? It makes no sense. ​

“On Kuvan they could eat more normal, natural foods with natural protein instead of having to eat synthetic protein meals.​

“But crucially we would not have to worry and monitor them constantly – they could grow up with more freedom and live their lives.”​

Leanne added: “Every day it’s a struggle to get them to take it. It is maddening and so frustrating we don’t have it. We can’t afford to pay for it each year. We need Health Secretary Matt Hancock to sort this.”​ 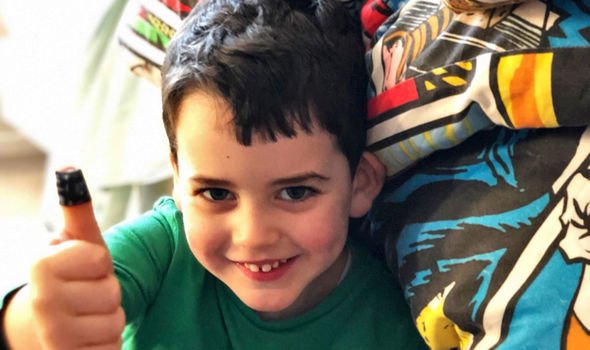 Happy-go-lucky five year-old Stanley Brown only wants Lego and dinosaurs – but his parents know what he needs is Kuvan.

The youngster only started primary school last September but has already sadly told his parents: “I wish I didn’t have PKU.”

But mother and father Jessica, 38, and Matt Brown, 39, of Halesowen, in the West Midlands, know getting him Kuvan could change his future forever.

Teacher Jessica said: “Sometimes he also gets upset and says ‘I wish I didn’t have PKU!’ That gets us upset too.

“Why are we failing to offer treatment that is available in so many other countries? My boy needs it.” 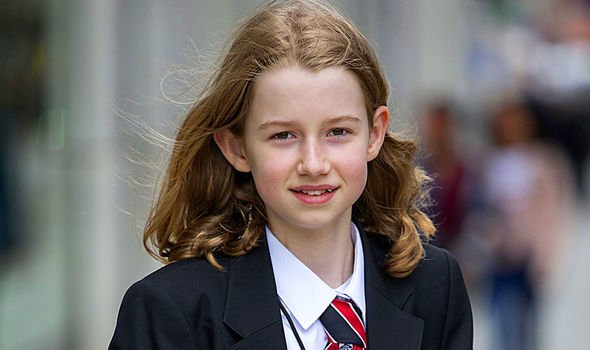 Teenager Olivia Falcon is proof Kuvan works, as her 18 months on the drug have already transformed her life.

Before starting treatment Olivia, 13, of Crouch End, north London, was only able to eat protein equivalent to a slice of brown bread.

But after medical complications led the NHS to agree to fund her Kuvan in August 2018, Olivia’s life has been turned around.

Her mother Lynn, 49, said: “Before Kuvan her diet was so restricted it was difficult for her to adhere to.

“She had to eat artificial, prescription food as if she had the same food as everyone else it would cause irreversible brain damage.”

Since taking Kuvan, Olivia is now able to eat the normal amount of protein for a child of her age.

Lynn added: “We’re more relaxed and happier as a family, food is no longer an issue.

“Olivia is a lot happier.” 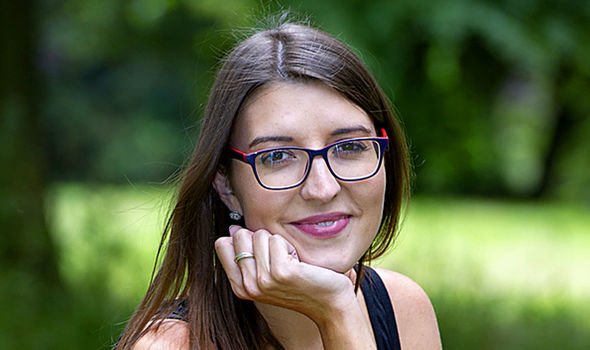 Cystic fibrosis sufferer Carlie Pleasant was at the centre of the Daily Express crusade to secure life-saving drugs for fellow victims.

She said: “​Every day PKU patients suffer terribly to avoid foods that could cause permanent brain damage – but it could all be avoidable if they had Kuvan. ​

“Their plea for this drug, easily available elsewhere in Europe, has been an 11-year battle yet this medicine would dramatically
improve lives. ​

“Our battle went on for four years. For these patients it has been over a decade. I wholeheartedly empathise with the PKU community. ​

“The PKU community deserve
a voice.” 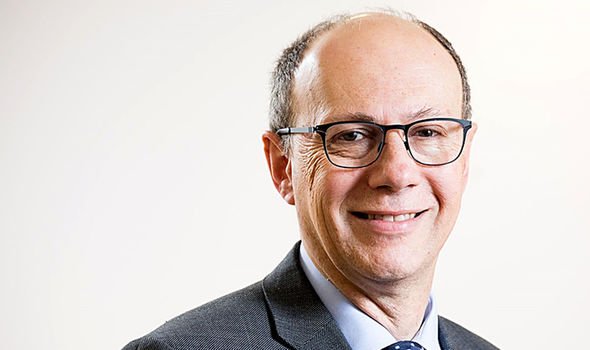 A senior NHS medic has claimed US drugs firm BioMarin is “holding the British public to ransom” over its Kuvan drug.

“Sufferers can generally lead healthy lives but at the expense of eating a highly controlled, low-protein diet.

“As a doctor I think it’s fantastic that the Daily Express, a tireless campaigner for families with complex diseases, is shining a light on this poorly understood condition.

“There is a drug available called Kuvan, made by the American pharmaceutical manufacturer BioMarin, which has a monopoly on treatments for PKU and is now holding the British public to ransom.

“At list price the cost per patient per year can be as high as £44,000 for a drug BioMarin didn’t even fully develop themselves, and which helps better manage diets but does not cure.

“In the last three years alone, BioMarin made in excess of a billion dollars from Kuvan.

“Unlike the vast majority of pharmaceutical companies, BioMarin has time and time again refused to price their drug fairly and has now withdrawn from a review by NICE – the independent assessor which recommends medicines on the NHS.

“It’s not just Kuvan where this company is prepared to play hardball with patients’ lives. A review of its product Vimizim, which treats rare disease Morquio syndrome, was also suspended after BioMarin declined to pay the costs of the review and submit adequate evidence data.

“And now they have indicated a new haemophilia treatment will be priced between $2-3million a patient.

“Last year MPs from across the political spectrum called out the company on its behaviour, noting BioMarin’s ‘monopoly position carries a particular obligation to have regard to your responsibility to patients’.

“Today, on Rare Diseases Day, I plead with BioMarin to reconsider its position.

“Stop playing politics with patients for profits, re-engage with NICE and the NHS, and price your drug fairly.”