NICK DIAZ stepped into the Octagon for the first time in six years and ‘got what was coming to him’ at UFC 266.

The veteran fighter suffered defeat by Robbie Lawler in a hotly-anticipated rematch of their 2004 classic. 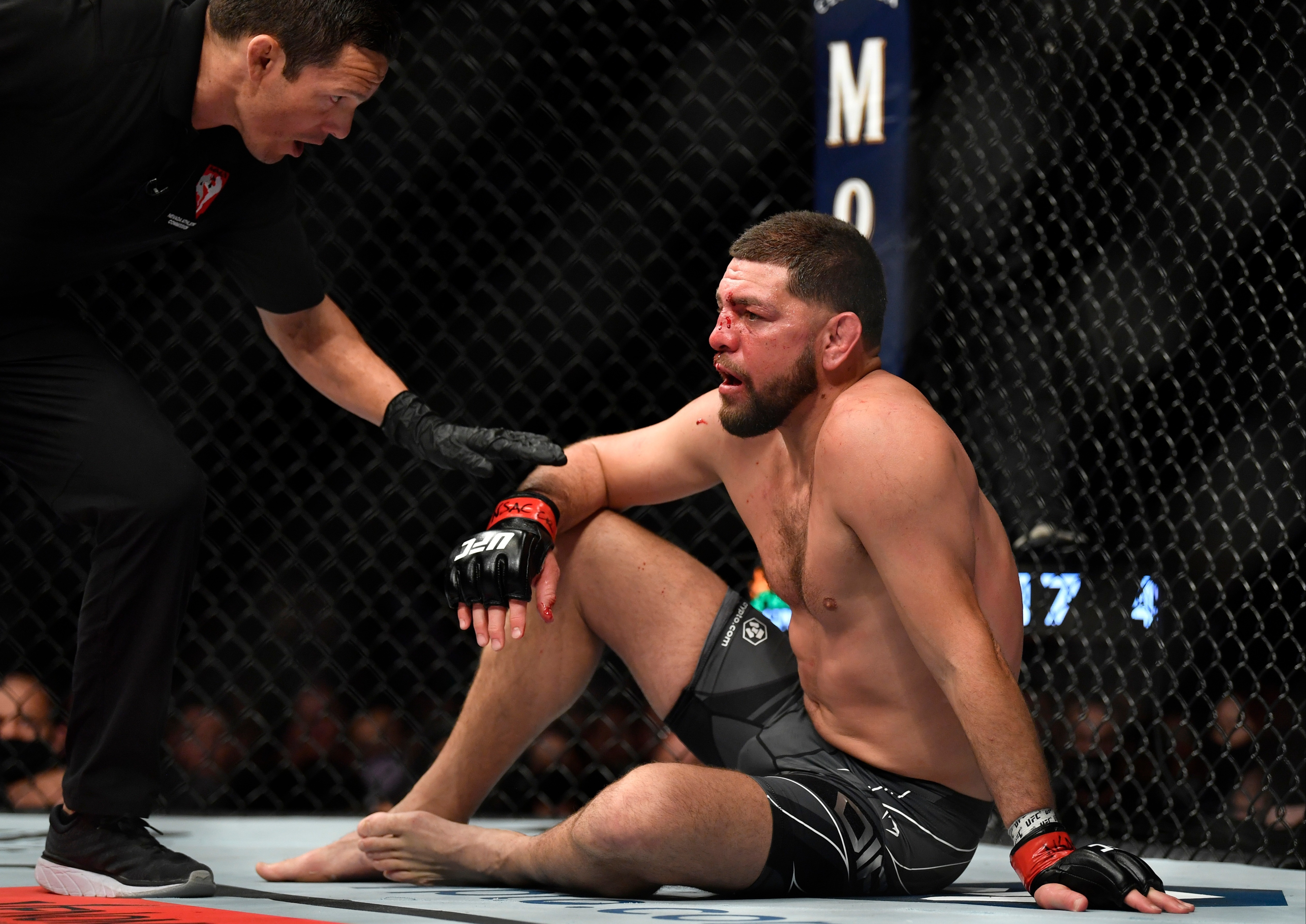 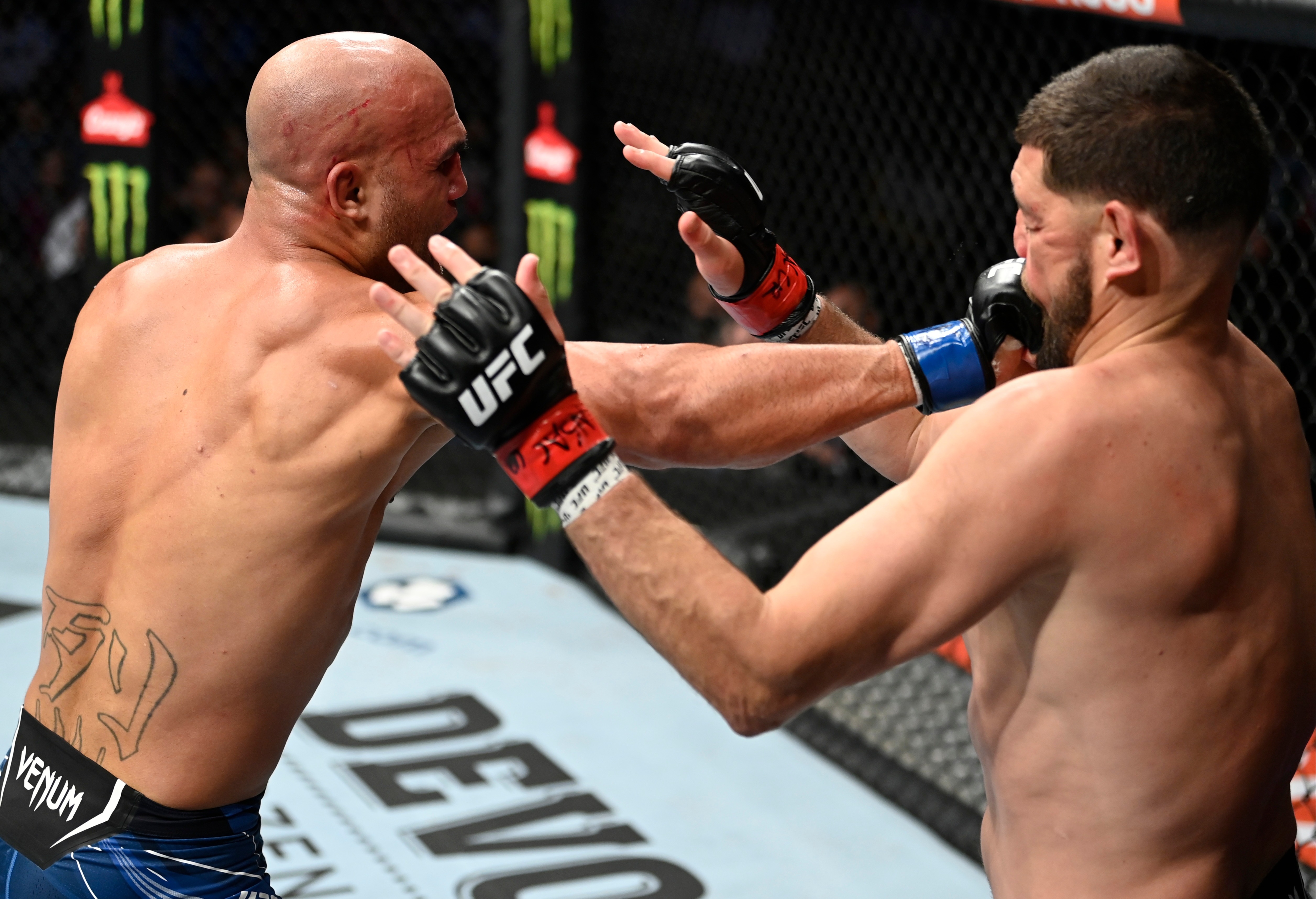 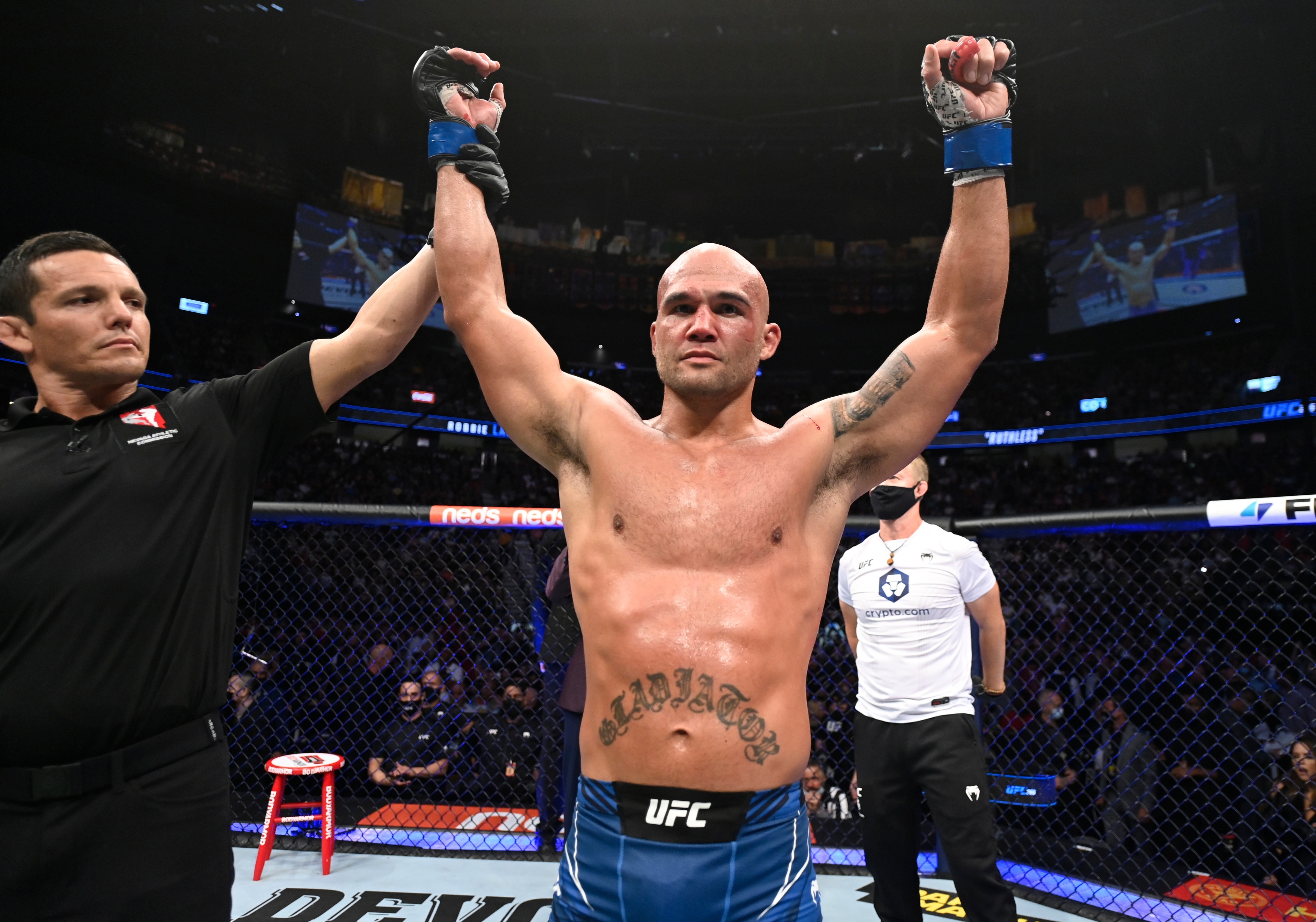 Father Time had done a sluggish Diaz no favours after so long away from competition.

And the 38-year-old admitted he was not all that surprised to have been stopped 44 seconds into the third round at Las Vegas’ T-Mobile Arena.

“I had a lot of stress coming into this one, especially being off for a long time. I don’t have no excuses. I had a long time off and I knew I had it coming.”

Ahead of the fight Diaz admitted there was ‘nothing’ he liked about the UFC.

And he looked uncertain in the opening exchanges of the middleweight bout – originally billed as a welterweight contest.

But while he showed the chin that has made him such a fan favourite, the Californian’s conditioning let him down in the end.

Lawler is a year older than Diaz but was on top throughout before stopping his fellow American with a right hook in the third.

Declining the referee’s invitation to get back to his feet, Diaz then used his post-fight interview to question how the match-up had been made.

He said: “I don’t know how this fight got set up.

“I had a switch-up in my whole management set-up and the way the fight got set up.

“It was just a bum wrap. But no excuses. I had it coming. He was in great shape.”