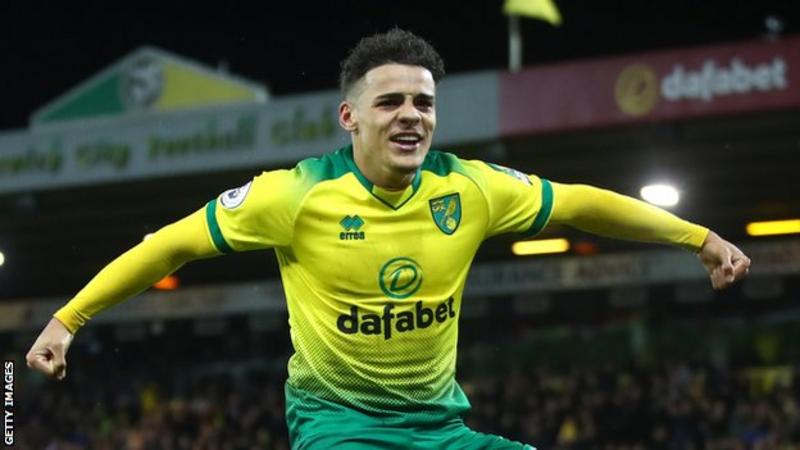 Norwich moved to within four points of an unlikely escape from the Premier League relegation zone as Jamal Lewis’ fine goal gave them a precious win against Leicester.

The Canaries were in real danger of being cut adrift heading into the final 10 games of the season but can now retain hope of overhauling the struggling sides above them after a much-needed win.

Daniel Farke’s side had not scored from open play since New Year’s Day but managed to hang on after Lewis smashed in for a fifth win of the season.

For the second week in a row, Leicester will feel hard done by as they saw Kelechi Iheanacho’s excellent 20-yarder ruled out by VAR for handball.

Brendan Rodgers saw his side have plenty of pressure without the injured Jamie Vardy but the Foxes have now gone five games without a win in all competitions.

Leicester have looked locked in for a European place for months now and will remain in third place no matter what happens over the Premier League weekend – but they will now be starting to worry after a damaging slump in form.

At the other end of the table, survival was starting to look improbable but this win could prove absolutely vital come the end of the campaign.

On the 15th anniversary of Delia Smith’s famous “where are you?” outburst at half-time of a 3-2 defeat by Manchester City, the club were in need of inspiration once again.

One win in 14 league games had left the Canaries rooted to the foot of the table and a further defeat would have left them on 18 points after 28 games.

Only one side in Premier League history – Portsmouth in 2006 – had stayed up after being in such a predicament but now Norwich can focus on Watford and West Ham just a win ahead.

Delia was watching on again as defender Ben Godfrey went close with an early header before a familiar tale of pretty approach play with no end product began to play out.

Top scorer Teemu Pukki dragged wide after fine play from Todd Cantwell and Emiliano Buendia but it was hard to see where a goal could come from.

Lewis was the unlikely answer, arriving on to right-back Max Aaron’s deep cross to hit a swerving shot on the bounce that curved past Kasper Schmeichel and in. It was his first league goal for the club on his 82nd appearance.

The hosts actually wasted two great counter-attacks – including a six-on-three break – but held on for just a second league win since November.

‘We can’t dance around the truth’ 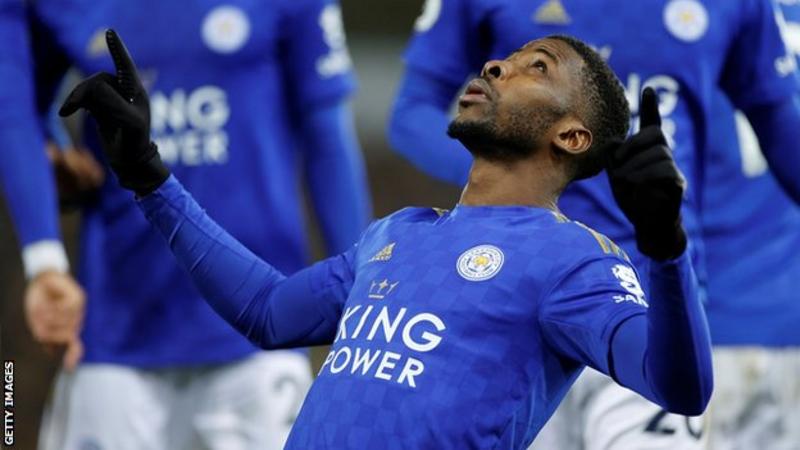 This week marks the first anniversary of Rodgers’ arrival at Leicester and the club are perhaps facing their first real blip.

Vardy was missing with a calf strain but Leicester still could and should have been ahead before Lewis’ intervention.

Dennis Praet hit the outside of the post as Leicester had 12 first-half efforts and Iheanacho’s ‘goal’ would surely have stood in any previous season.

As the striker jostled with Godfrey for a bouncing ball, both players appeared to unintentionally handle it before the former Manchester City man went on to power home a brilliant finish with his left foot.

There was a long wait as VAR Graham Scott consulted the footage and the goal was ruled out. It was another blow for Leicester and Rodgers, who felt his side were denied a penalty for handball against Manchester City last week.

“We are disappointed with our goal being ruled out,” Rodgers said.

“We felt it was very, very harsh. It was unintentional but it hits their player’s arm and drops on to Kelechi’s.

“We have been inconsistent. We can’t dance around the truth, we need to be better but that is something I am confident we can do.

“We need to get that focus back in our game.”

An expected late onslaught never really came as Leicester failed to force Norwich goalkeeper Tim Krul into a save in the final 20 minutes despite plenty of pressure.

They retain a nine-point cushion over fifth-placed Manchester United but need a win soon to get their Champions League hopes back on track. 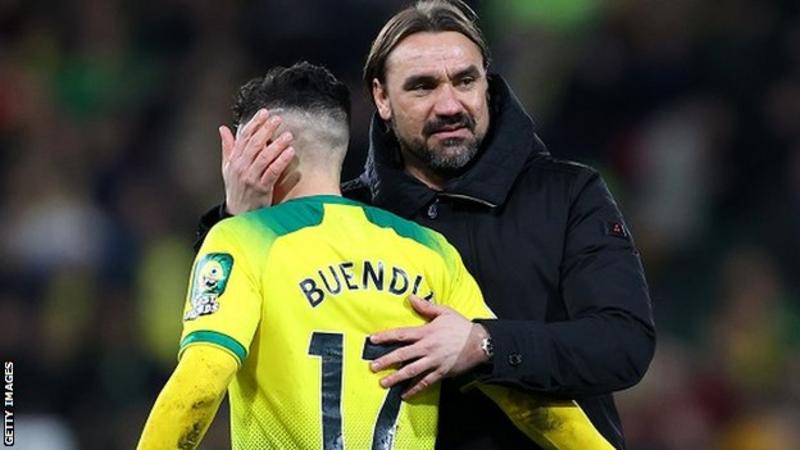 Attempt saved. Josip Drmic (Norwich City) header from the left side of the six yard box is saved in the centre of the goal.

Grant Hanley (Norwich City) wins a free kick in the defensive half.

Josip Drmic (Norwich City) wins a free kick in the attacking half.

Attempt saved. Josip Drmic (Norwich City) left footed shot from the right side of the box is saved in the top centre of the goal. Assisted by Lukas Rupp.

Jonny Evans (Leicester City) wins a free kick in the attacking half.

Youri Tielemans (Leicester City) wins a free kick in the defensive half.

Çaglar Söyüncü (Leicester City) wins a free kick in the defensive half.

Attempt missed. Harvey Barnes (Leicester City) right footed shot from outside the box is high and wide to the right.

James Maddison (Leicester City) wins a free kick in the defensive half.

Attempt missed. Wilfred Ndidi (Leicester City) with an attempt from the left side of the six yard box is too high following a set piece situation.

Jonny Evans (Leicester City) wins a free kick in the attacking half.

Goal! Norwich City 1, Leicester City 0. Jamal Lewis (Norwich City) left footed shot from the left side of the box to the bottom right corner. Assisted by Max Aarons with a cross.

Emiliano Buendía (Norwich City) wins a free kick in the attacking half.

Attempt saved. Ondrej Duda (Norwich City) right footed shot from the centre of the box is saved in the top centre of the goal. Assisted by Emiliano Buendía.

Dennis Praet (Leicester City) wins a free kick in the defensive half.