Skip to content
HomeLifestyleNothing to watch on Sky TV or Netflix? There’s a dramatic change to what you can stream 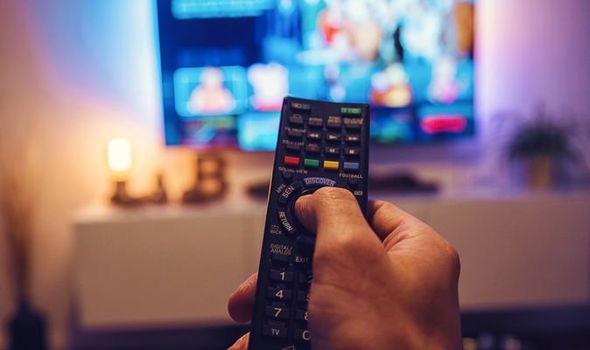 Movie studios are looking to new ways to get the latest blockbusters out to cinema fans worldwide unable to visit multiplexes during the coronavirus pandemic sweeping the globe at the moment. Universal Pictures has brought forward the launch of a number of films that were in the cinema when COVID-19 gripped the UK and forced the Government to implement social distancing policies, including discouraging people from visiting non-essential shops, pubs, restaurants, theatres and cinemas. These include Emma, The Invisible Man, and The Hunt.

Universal Pictures has rolled out the rentals, which cost between £4.49 and £15.99 depending on the platform, to a number of the most popular digital distributors available, including Amazon Prime Video, Sky Store, Google Play Movies, and of course, Apple iTunes.

And Universal Pictures isn’t the only Hollywood studio drastically rethinking its plans as millions lock themselves away at home in a desperate bid to stop the spread of the novel coronavirus, which has already infected 398,760 people worldwide and resulted in more than 17,000 deaths.

Paramount Pictures has made the decision to release romantic comedy The Lovebirds on Netflix after cancelling its theatrical release. This is the first time that a studio has taken its film to a third-party streaming service, like Netflix, instead of digital purchase, rental, or its own in-house streaming solution.

Unfortunately, the details of exactly when the film, which starts Kumail Nanjiani and Issa Rae, will launch in countries around the world isn’t quite clear yet. However, Paramount had scheduled the film for an April 3, 2020 premiere, so presumably sometime around then, depending on how that fits with Netflix’s schedule.

In the United States, Pixar launched its latest film – Onward – as a digital rental much earlier than planned as families were told to stay at home to “flatten the curve” and reduce the strain on healthcare providers amid the spread of COVID-19. Disney, which owns Pixar, has also confirmed plans to bring forward the release of Onward on its streaming service, Disney+. It has already released Frozen II on the platform much earlier than initially planned to help those cooped-up inside.

Although Disney+ has now launched in the UK, the catalogue differs from the one available in the United States and there’s no sign than viewers on this side of the pond will see Frozen II or Onward any earlier than originally scheduled.

Although The Lovebirds is the first pulled Paramount Pictures release to go to Netflix, it’s not the only film the studio has quickly moved to a new home. Sonic the Hedgehog, which was also in cinemas when the pandemic struck the United States and Europe, is also now available as a digital purchase much earlier than planned.

Films that weren’t in cinemas – or days away from debuting in cinemas – before lockdowns were enforced have been delayed.

The next James Bond film, the 25th instalment in the series and Daniel Craig’s last outing as the titular character, No Time To Die, has been delayed until November 2020, while the latest Fast And The Furious film has been pushed back an entire year until summer 2021.

It’s unclear how long the novel coronavirus pandemic will continue on. In the UK, Prime Minister Boris Johnson has promised to review tougher lockdown rules in three weeks time to see if these are working to stop the spread of the outbreak. If people are unable to stick to the strict rules – which only permit people to leave the house once a day – it could be months until cinemas are able to re-open their doors.

If that’s the case, studios will likely have to continue to come up with innovative ways to get their content out to audiences worldwide.