WITH the Cheltenham Festival now 10 days away, the Sun Racing team will be bringing you their 'Festival 50' every day between now and 10 March.

We will salute the Prestbury Park heroes that made us fall in love with the Festival, all the way until the 'Cheltenham roar' signals that the wait is finally over. 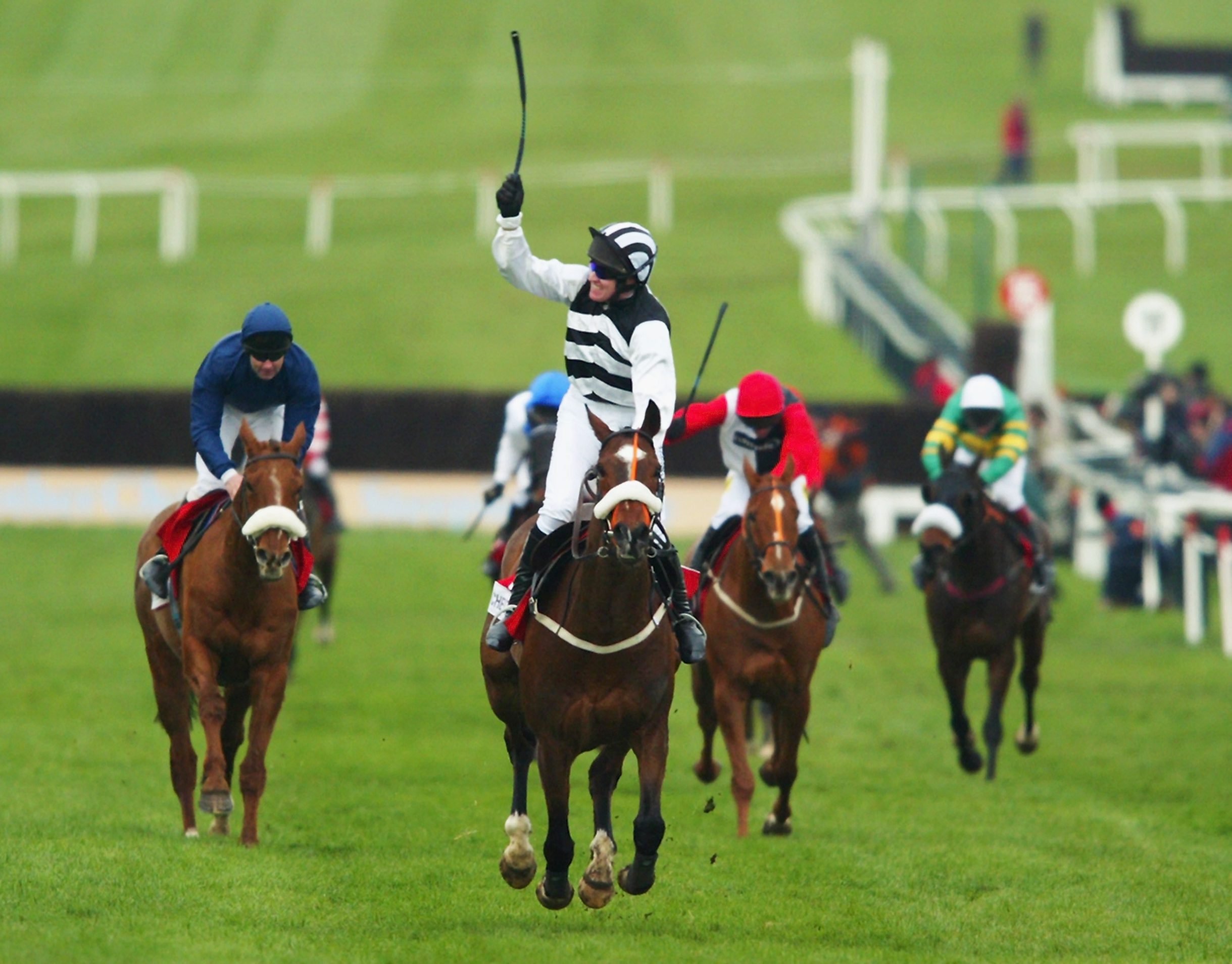 There was something about this horse that punters warmed to more so than most.

His three Festival wins help, of course, but there are horses further up this countdown with more wins to their name.

Perhaps it was just a simple case of a horse winning a Championship race at a short price, take his first Champion Chase win, or perhaps it was his tendency to take a fall every four races that just added a layer of intrigue to the horse.

Whatever it was, he'd get a huge cheer every time he came into to winners' enclosure at the Festival, and will go down as a modern day great.

His Festival story began in 2002 where he rolled into the Arkle picture after an up and down first season chasing.

But he could not have been any more impressive. Barry Geraghty was cool as a cucumber off the back of the frenetic pace and the pair were the only left on the bridle three from home.

He picked the field off one-by-one and it was over with a flick from Bazza. Seebald was left to chase his shadows up the hill.

Open company next and bar a fall in the Tingle Creek – that couldn't be avoided – he remained spotless in the form book.

He went into the Champion Chase as the warm favourite after Jessica Harrington had him win a Grade 2 as the perfect prep.

The punters piled on and 7-4 was as good as you could get. Favourite backers hardly broke sweat.

When Latalomne fell two out, he was left in front and Geraghty was left to steer him home to the Cheltenham cheer for the second year in a row.

But his odd habit of unseating or falling every four runs would continue to rear its head in one of the strangest curses you'll see on a course.

And you guessed it, the next season at Cheltenham was Moscow looking for his fourth win in a row.

Punters didn't believe the myth and at 5-6 it was thought Geraghty had nothing to worry about. But the curse struck again.

Four from home he unshipped his rider and Azertyuiop was left in front.

Redemption was sweet though. He'd brush Azertyuiop aside in the Tingle Creek before entering Pretsbury Park with a swag in his step.

The curse had finally been ended and he wanted his title back.

At the age of 11 he put up a career best to see off the young pretender Well Chief and old rival Azertyuiop.

It was some sight and he only enhanced his popularity. He was a rockstar.

He could only manage fifth as a 12-year-old, but he went out at his favourite place without disgracing himself.

It wasn't a fairytale ending, but this is racing and he left with his head held high.