By next week, around half the US population will have received at least one coronavirus shot — a milestone that could take other countries years to reach at their current pace.

The pace of vaccinations across the globe remains highly uneven: As of Monday, wealthy countries had received 83% of the world’s vaccine supply, despite making up just 53% of the world’s population, according to World Health Organization director-general Tedros Adhanom Ghebreyesus.

Israel, the US, and the UK have the world’s fastest vaccine rollouts so far. Israel vaccinated half its population in just two months, from December to February, while the UK reached that milestone two weeks ago. In roughly a month, around 75% of the UK could be vaccinated.

Meanwhile, plenty of other countries, including Egypt and South Africa, and aren’t expected to cross that threshold for about a decade at their current pace.

The chart below shows how long it will take 18 countries to reach these key milestones, based on their current vaccine rollout speed.

Epidemiologists have estimated that countries will need to vaccinate around 75% of their populations to reach herd immunity — the threshold beyond which the coronavirus can no longer spread easily from person to person.

For many nations, that’s a far-off goal. At the current rate of 110,000 vaccinations per day, it could take Japan eight months to immunize just a quarter of its population, and more than two years to immunize 75%. South Korea faces a similar predicament: The country’s 75% vaccination threshold is more than a year away.

That means it’s likely to take years to reach herd immunity on a global scale. 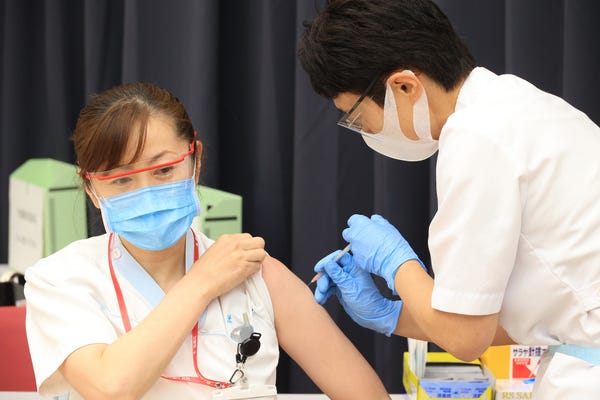 One of the biggest challenges to reaching global herd immunity is a lack of vaccine supply.

Early in the pandemic, wealthy countries like the US and UK struck deals with pharmaceutical companies — before it was even known whether their vaccines were safe or effective — to buy enough doses for their residents.

Lower-income countries couldn’t afford to make that gamble, so many are still vying for shots or waiting on supply from nations that manufacture doses domestically, like China and Russia.

But even some high- or middle-income nations have had slow vaccine rollouts.

Brazil, for instance, rejected an offer to purchase 70 million doses of Pfizer’s vaccine in August, instead betting on AstraZeneca’s shot (which is significantly cheaper) to drive its vaccination efforts. But Brazil is now running low on vaccine supply, so it’s relying on backup doses of China’s Sinovac shot.

Language from Brazilian President Jair Bolsonaro has also fueled vaccine skepticism. Bolsonaro previously joked that the Pfizer shot could “turn you into an alligator.” On Monday, however, Bolsonaro announced that the government would put an extra 5.5 billion reais ($1.05 billion) toward delivering more vaccines to the public. 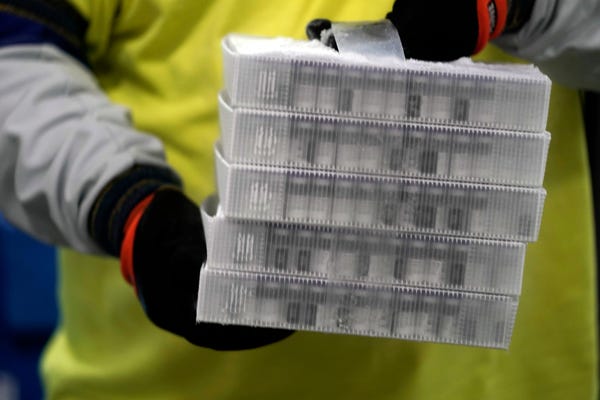 In Japan and South Korea, some public-health experts have attributed slow rollouts to consistently low caseloads: Japan’s daily coronavirus cases have never exceeded 8,000, and South Korea’s daily cases have stayed below 1,000 for most of the pandemic. That created less urgency to procure doses quickly.

But there have been other holdups, too: Only doctors and nurses are allowed to administer shots in Japan, and the nation didn’t authorize its first coronavirus vaccine until February, months after the US and UK.

India has also lagged behind in delivering vaccines to the public. Its vaccination effort took a hit when cases began to skyrocket in February, amid the spread of new variants. Healthcare workers had to shift their focus away from administering shots to care for hospitalized patients.

Now, WHO officials are calling on wealthy nations to help other countries pick up the pace.

“COVID-19 has shown that our fates are inextricably linked,” Tedros said in February. “Whether we win or lose, we will do so together.”