As it’s revealed one in five of us is driven to distraction by the sound of others eating, LYNNE WALLIS begs: Stop your crunching, it’s driving me crackers!

As soon as the train pulled out of London’s King’s Cross, my heart sank. The man sitting opposite me opened a pack of tortilla chips and began crunching, oblivious to the cacophony he was making.

Every time he chomped noisily on the bright orange triangles, I felt my shoulders tense and a familiar fury rising to engulf me. ‘Just stop,’ I screamed inside my head. ‘Stop making that unbearable noise.’

I glared at him but he didn’t notice so, after a couple of unendurably long minutes, I flounced off in a huff to find another seat. The anger subsided, but not for long as the passenger now sitting next to me got out their lunch and began chewing loudly in my ear.

I couldn’t bear it, so I moved seats again. And then again. In fact, on that one journey to Newcastle, I moved seats eight times to avoid six noisy eaters and two sniffers. 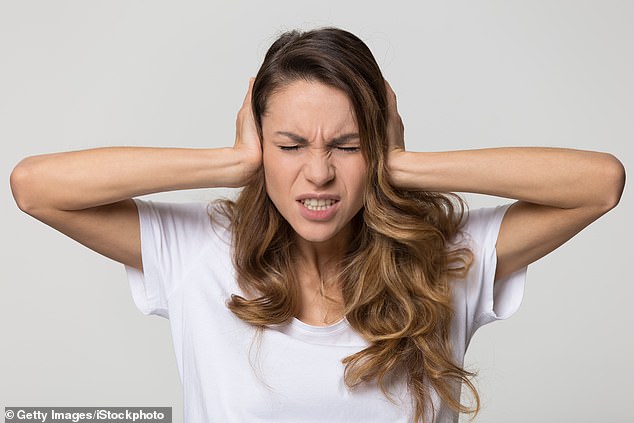 As it’s revealed one in five of us suffer from misophonia, Lynne Wallis reveals how sound sensitivity has affected her life (file image)

By the time I got off the train, I felt close to tears. Worse still, I also felt a sense of shame, hating myself for being so intolerant. Most people get irritated by the prolonged rustle of a crisp packet or the munching of popcorn in the cinema, but I’ve never met anyone whose reaction is as extreme as mine.

I’ve spent most of my life thinking I am a lone case but, last week, I read about a condition called misophonia, and a light bulb went on in my head. Also known as sound sensitivity syndrome, misophonia means hatred of noise, prompting feelings of intense anger and disgust at offending sounds, usually eating, drinking or sniffing.

Researchers from Newcastle University revealed that up to one in five of us suffer from it, and the typical age of onset is about 12.

Even TV presenter Ruth Langsford admitted she is irritated by the sound her husband Eamonn Holmes makes when he is chewing or breathing.

First coined in 2001 by U.S. neurophysiologist Dr Pawel Jastreboff, misophonia is believed to be caused by a ‘supersensitised’ link in the brain.

As this link connects the brain’s auditory cortex and the motor control areas related to the face, mouth and throat, it is thought to spark a hyperactive response in the brain cells that are used to make similar sounds to the ones that upset or anger the sufferer. 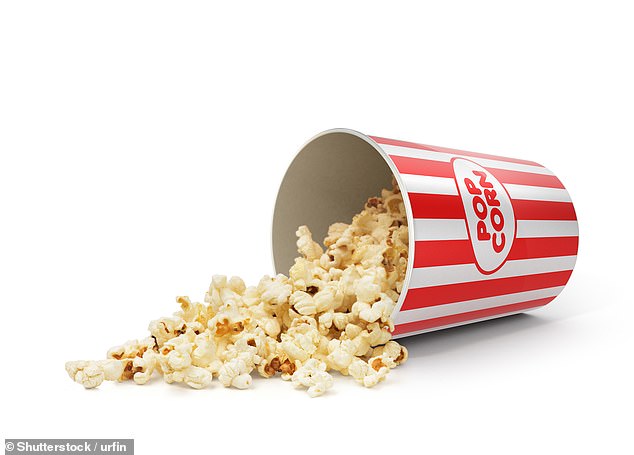 Scientists even believe such an extreme reaction is by the listener’s subconscious effort not to copy the movement that makes the noise.

There is no ‘cure’ for misophonia, but doctors recommend treatments such as cognitive behaviour therapy (CBT), where patients are exposed to triggering sounds to help change their reactions.

Dr Sukhbinder Kumar, research fellow at Newcastle University says: ‘Interestingly, some people with misophonia can lessen their symptoms by mimicking the action generating the trigger sound, which might indicate restoring a sense of control.’

My intolerance of eating noises started — right on time — just before my 13th birthday. For me, it was set off by my nan, who lived with us, eating her dinner.

So unbearable was the sound I’d excuse myself from the table saying I needed the loo, hoping that by the time I got back she would have finished eating

During my teens, my irritation became even more pronounced around my beloved dad. He chewed with his mouth slightly open, making a smacking sound, which prompted my feelings of rage. I felt so guilty, and the only way I could think to cope was to repeat the loo trick.

My mum tried to talk to me about my behaviour in private, saying the noises weren’t that bad and couldn’t I just ignore them?

I tried, but Dad knew he was the source of my irritation and whenever I sighed or harrumphed at the dinner table he looked hurt, like a whipped dog. We never spoke of it, but I felt guilty and to think of it now pains me greatly as I loved him dearly. But the sounds he made drove me crazy. 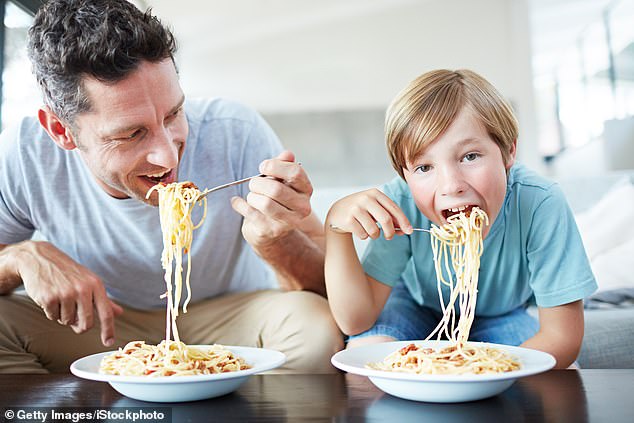 Nuts at Christmas were the worst. And I would have to make a sharp exit when the crisps came out. As I grew older, outside the home, public transport became the next major trigger. The sight of someone on a train loaded up with snacks was enough to prompt me to move seats.

One time on a London bus, I was sitting next to a woman who got out a packet of crackers from her bag and began to eat them with gusto. The noise of her open-mouthed chewing made me feel so angry I thought I was going to explode and had to get off the bus a stop early to escape.

Planes are the worst. Most anxious fliers worry about crashing, but I panic about whether the person next to me will be eating nuts as it’s hard to move seats. I wear ear-plugs, but they only block out some of the sound.

Though I have had relationships, I have never married and am now single. It’s a prerequisite that any man in my life has to be a silent eater.

I could never go out with a cruncher or a slurper. Trying to watch a film while someone munches through a bucket of popcorn has ruined many dates.

About a year ago, I was in a restaurant with a man I was dating when I heard another diner sniffing loudly between every mouthful and making one hell of a noise eating. I couldn’t relax, and my partner became embarrassed, muttering ‘for God’s sake’ every time I tutted at the noisy diner. 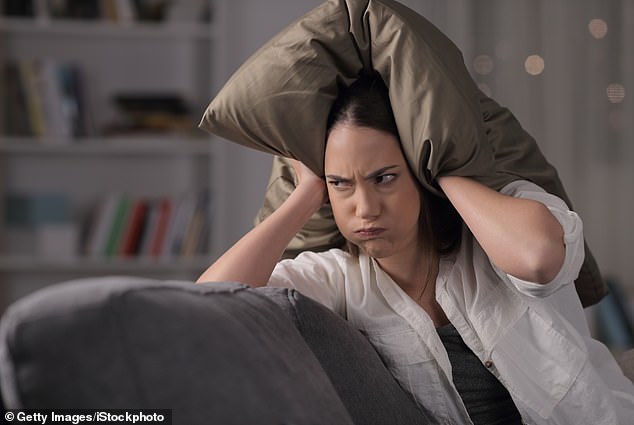 Lynne said she once worked for a man who ate his baguette so loudly, that she had to leave the office whenever he got his lunchbox out (file image)

At work, I’ve had to share offices with colleagues who snacked all day, crunching carrots in my ear and drinking coffee noisily, which I found difficult to cope with.

In another job, I worked for a man who ate his baguette so loudly with his mouth open, that I had to leave the office whenever he got his lunchbox out.

One friend I confided in said ‘Can’t you just zone it out?’.

The odd thing is, I don’t mind loud noises such as car engines, fireworks, or the roar of a motorbike. It’s those micro-sounds of eating and drinking, known as ‘orofacial’ noises, that get to me.

I’ve often wished that snack manufacturers would develop crunch-free crisps in rustle-free packaging, but that would still leave the soup and coffee slurpers, along with the open-mouthed sandwich eaters and the sniffers.

A few years ago, I began meditating and it has helped. I breathe deeply now when I feel irritated which quells the anger.

It’s reassuring to finally know that there is a name and possible treatment for my condition. In the meantime, perhaps it’s time to ditch public transport and use my car instead. How blissful to think of never having to swap seats on a train again.