Skip to content
HomeLifestyleParents and newborns unnecessarily separated during Covid-19

A heartbroken mother has recalled how she was forced to spend two weeks apart from her premature son after she developed Covid while he was in intensive care.

The tiny premature baby weighed just 1.5lb and had collapsed lung and an open duct in his heart that led to him being put on a ventilator and taken to the Neonatal Intensive Care Unit at Royal Stoke Hospital.

He spent a total of 110 days in hospital before being allowed home.

Rosie, who shares Fletcher with boyfriend Bobby Dean, 27, said the most difficult period came after she developed Covid-19 symptoms, meaning she couldn’t visit her boy in hospital. 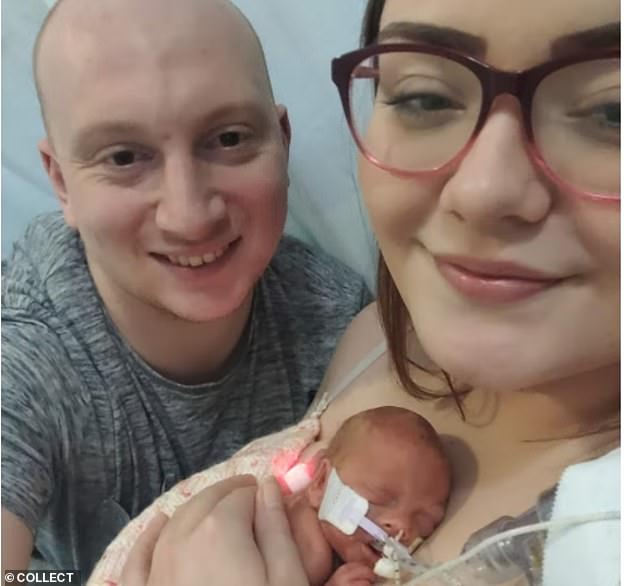 R osie Brown, 26, from Stoke-on-Trent, was just 24 weeks pregnant when she gave birth to son Fletcher Dean in December 2019. Pictured, Rosie and Bobby with baby Fletcher in hospital 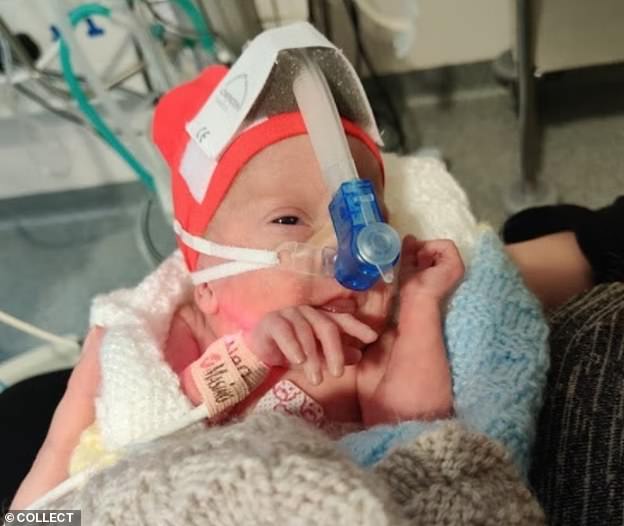 Tiny premature Fletcher weighed just 1.5lb and had collapsed lung and an open duct in his heart that led to him being put on a ventilator and taken to the Neonatal Intensive Care Unit at Royal Stoke Hospital (pictured in hospital)

‘The anxiety of that wait, the panic every time the phone rang, and the immense guilt at not being able to be with him whilst he was struggling was all horrific,’ the couple recalled.

It was made worse because on the same day Rosie developed symptoms, meaning both her and Bobby had to stay away from hospital, Fletcher ‘started to struggle’ to breathe and required more oxygen support.

Luckily, after a few days of antibiotics and a blood transfusion, he made a quick recovery and after Rosie’s 14 day isolation was over she was able to see her baby again.

Fletcher spent three months in hospital before being allowed home while he was treated for a string of medical issues.

Fletcher suffered with a grade 2 brain haemorrhage and half a collapsed lung, an abnormal blood vessel in his eye and an open duct to his heart.

While in hospital Fletcher battled sepsis, pneumonia, E-Coli and NEC – a serious condition that can affect newborns, where tissue in the bowel becomes inflamed.

Initially Rosie and Bobby, who both work at Stoke-on-Trent City Council as Housing Needs Support Officers, were supported by family and friends as they waited by Fletcher’s bedside.

But after the outbreak of the pandemic the hospital restricted to just parents visiting. 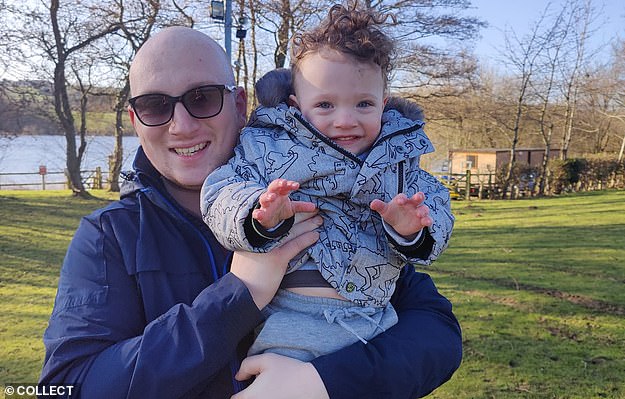 Fletcher, pictured with his dad Bobby, is now at home and has made a full recovery

Contracting covid meant that Rosie was unable to go into the hospital and had to isolate at home, away from Fletcher.

As it was early in the pandemic Dean also had to isolate as he was a close contact.

Rosie and Bobby said they were fortunate because staff sent pictures, messages and videos of Fletcher to them every day that they were unable to be there.

‘They constantly kept us up-to-date with his care and any plans of next steps. We would have been lost in complete devastation without this,’ Bobby said.

Fletcher was eventually allowed home on the April 14, 2020 and has since made a full recovery.

He was however on oxygen for at home for about 324 days due to his chronic lung disease but was a happy boy.

Bobby added: ‘Fletcher had lots of appointments and was diagnosed with mild left hemiplegia, global development delay, hypermobility, suspected ASD and they are looking into some movement disorders.

‘You wouldn’t really know looking at him though as he’s very energetic, just a little wobbly on his legs.’