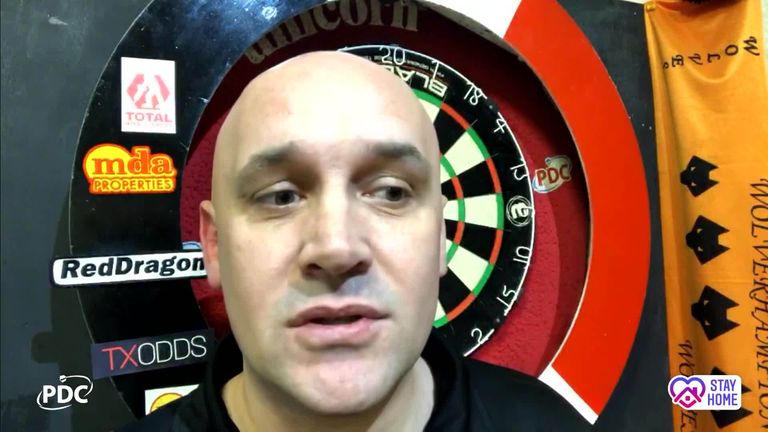 Jamie Hughes added his name to the list of PDC Home Tour group winners, as he clinched Night 24 with victory in all three of his matches.

“I’d have taken just playing well at the beginning of the night, it’s a lot of fun and it just keeps the lads competitive against each other,” said Hughes.

Ratajski followed him as the group runner-up after coming from behind to beat Alcinas and winning the race for second with victory over Labanauskas to close the night.

Ratajski overturned a 3-1 deficit against Alcinas, who had produced a 129 checkout, to win 5-3 in the opening game, firing a 128 finish to level it at 3-3 amid his comeback.

Game two had been set to see Labanauskas take on Hughes, only for the Lithuanian to run into a technical issue forcing a short break in play. As a result, an adjustment to the schedule was made and Ratajski was drafted in to play Hughes, who ran out a 5-2 winner with a clinical performance.

With Labanauskas having resolved his issue, he returned to play Hughes in their re-arranged contest. It was the Englishman that took a 2-0 lead before the pair exchanged four breaks of throw to leave Hughes to hold for the match and a place at the top. 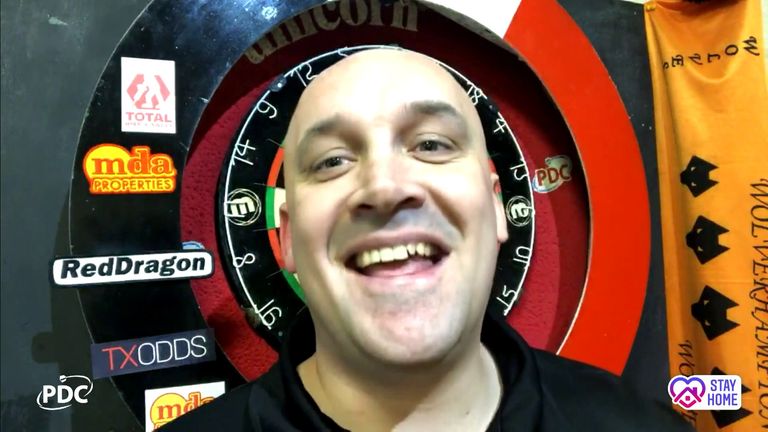 Labanauskas turned on the style in game four by winning five answered legs against Alcinas in a punishing performance that had included a 126 checkout via the bullseye to win a 12-dart fourth leg.

Hughes then held off a fightback from Alcinas to confirm his place as the 24th group winner with a 108 checkout to seal a 5-4 victory in the penultimate game of the night.

Labanauskas and Ratajski refused to be divided early on in their battle for second, sharing the opening six legs between them. The Pole eventually earned himself some breathing space and finished it with a 50 checkout to etch his name below winner Hughes.