Sackable offences? People reveal their WORST workplace blunders including erasing a section of Radio 4 master tape, moving £26 million to the wrong account and a very rude typo on a Volvo ad

Everyone experiences slip ups in the workplace, but one man has revealed how a catastrophic blunder will still haunt you years later, in a hilariously revealing Twitter thread.

Steve Doherty, from North Wales, now managing director of Giddy Goat Productions, admitted that he’d once erased a section of the master tape for a Radio 4 afternoon play, as well as mocking a radio guest – blissfully unaware that they could hear him.

A stream of commenters related to his experience and revealed their own biggest mistakes, with some admitting they were so bad that they’d been fired as a  consequence.

One admitted they had deleted an entire day’s worth of online orders for Debenhams, while another accidentally published an ad for Volvo with the brand named misspelled as vulva. 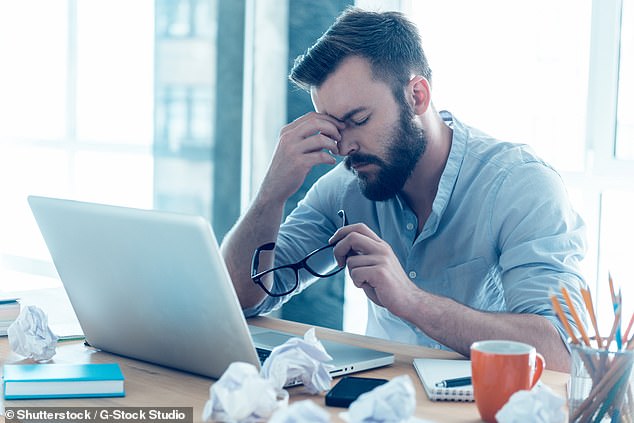 Twitter users have been sharing their biggest workplace mistakes, after a man from North Wales confessed he once mistakenly erased one of Radio 4’s master tapes (file image)

He added: ‘I also took the p*** out of a guest who was waiting to go on air. I flicked a switch I *thought* would link me to a colleague in the next studio… but I spoke into the headphones of the guest who was down the line, somewhere.

Another sympathised with his issues with technology while on the job, saying: ‘Accidentally deleted an entire day’s worth of orders from the Debenhams website.

‘So the money had been taken, but they had no idea who for or what for. Don’t let developers access live databases.’

Another wrote: ‘I was training people on a county council’s emergency alert system. In the test system I demonstrated how to declare an emergency by announcing a zombie apocalypse. It wasn’t the test page. I had LOTS of phone calls.’

And it’s not just people who work with technology who are liable to experience slip ups.

One wrote: ‘Waitressed at a wake, asked the widow if she was having a good day… I also thought I was handing out salmon but it was in fact ham. A few very unhappy pescatarians.

Another said: ‘I was waitressing and as I removed a plate with someone’s half-eaten gateau, I absentmindedly used the spoon to eat the rest. In full view of everyone. I was tired. Was almost sacked. That and accidentally switching off the chiller and wrecking over 10 expensive cakes.’

Others revealed that they’ve mixed up customer orders and eaten leftovers, while working for restaurants

Other shocking confessions included a student nurse who mixed up the dentures of her elderly parents.

She wrote: ‘Many years ago when a student nurse, I worked on a care for the elderly ward. I tried to manage time better by filling a sink and putting all the patients false teeth in together to clean. I did a fabulous job cleaning them until I had to give them back to their rightful owners.’

A teacher confessed: ‘Showed a year eight class a video I hadn’t pre-vetted on YouTube, which ended with ‘YOU F****** C**** coming up in huge letters on the screen, at which point I freaked out and paused the video for about 20 seconds while trying to close the window.’