Towards the End
Ali Alizadeh
Giramondo, $24.95

The sea has inspired some of the strangest, most imaginative poems in literature, from the ‘‘wine-dark sea’’ of Homer to the great Emily Dickinson, whose ‘‘I started Early – Took my Dog’’ presents a marine vision of sexual, religious or literary ecstasy. 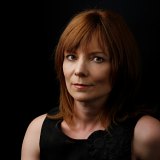 Felicity Plunkett offers a distinctly human vision of the sea.Credit:

As epigraph for her new collection, A Kinder Sea, poet and critic Felicity Plunkett chooses Dickinson’s uncharacteristically gentle lyric ‘‘Whether my bark went down at sea’’. That sounds as if this volume may be more like the intensely rhythmic Gwen Harwood, who wrote several quieter, more harmonious sea verses.

Plunkett’s poems are sparkling, formally diverse works that lap against the reader, cresting with trauma and desire. One of the first poems in the collection, Glass Letters, begins and ends: ‘‘When I try to write you / near, my words break the sea’s caul, tear / solitude, foam into hymn. … I / am the last sun-glint on a storm-recovering sea.’’

In a later section, Volta do Mar again renders the poetic process in sea-metaphor: ‘‘Unstring the ocean’s grammar. Worry / the beads of its clauses.’’ The collection is concerned with poetic surface and painful undertow, the project of making careful words out of treacherous currents of feeling.
The poem continues, ‘‘Everyone is asleep but the sea, knotting, un- / knotting the rope of its own approach’’ – a direct allusion to the sea as unconscious mind. 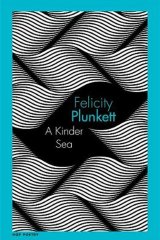 There are two well-honed elegies for men lost at sea, and a particularly vivid piece for Robin Knox-Johnston – the British sailor who, in 1969, was the first to circumnavigate the globe alone and non-stop – that includes the marvellous stanza: ‘‘Separated, alone at sea/ for the ten lunar months/ it takes to make a child, / you discover grief / like someone diving into a dark /envelope of undersea rock / to find a dream’s bones.’’

These narrative poems possess a tightness and restraint lacking earlier on. Plunkett’s lexicon is dreamlike and daringly rich; inevitably not all the words land. The eye sometimes hovers between two images, overwhelmed, while the Carmine Horizon section gropes towards Dadaistic abandon yet clings to conventional semantics.

Later sections tilt towards a spare and powerful candour. Blood Days: Monochords and On Carrying: Seven Cledons are penetrating and lucid, while the dizzyingly brilliant Sunturn winnows down earlier tendencies and motifs to their essence.

By dint of theme and sensibility, A Kinder Sea evokes the work of modernist poet H.D., whose 1916 collection, Sea Garden, remains one of last century’s overlooked masterpieces. Part of the ‘‘Imagist’’ movement, H.D. exercised a haiku-like precision with images, and also embraced the statelessness of the sea in order to redraw both gendered and poetic traditions, prophesying feminist and modernist awakenings. 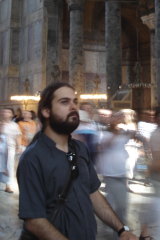 The sea has always been a place onto which such grand philosophical and political concerns have been projected, but Plunkett offers us a conceptually narrower and a distinctly human sea; one that does not offer an escape or canvas but a generous companion to life. That, surely, is a sea many readers will recognise and find consolation in.

Taking ‘‘the irreversible disintegration of capitalist culture’’ as its theme, Ali Alizadeh’s collection, Towards the End, couldn’t be more different. Written in the Australian vernacular, it is often clear-sighted about the state of contemporary politics, is formally – if not rhetorically – secure and, crucially, offers a degree of hope.

The narrator emerges from a domestic setting in the first poems to conclude that ‘‘Genes / are a poor substitute for the fable / of revolutions, a universal family’’. He proceeds to describe his disillusionment with a time when ‘‘a bald autocrat bleats … with an uncanny love / for the sound of his own manicured / voice’’.

The book comes alive through a profusion of comic modes. Instant coffee is singled out as one of the dreariest aspects of modern life, while in Inferno, the Ride Alizadeh almost veers into full-blown Juvenalian satire. 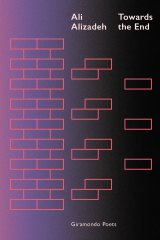 That poem describes a defunct, Dante-inspired theme park ride as part of the ‘‘stinking, condemned / mausoleum of the American Dream’’.

Then there is an abrupt shift from these playful invectives to the likes of P.S., Hope and The Internationale, Alizadeh’s own masques of anarchy, rallying cries featuring lines such as: ‘‘we: the people / flummoxed by so much fantasy, struggle / and wander toward … an event / after the idea of equality, for a humanity … ’’

Skilful though these last few are, the book’s final appeal to universalism feels a little unearned. It’s never entirely clear who Towards the End is for: it is written with great stylistic flair and faultless prosody, but the earlier poems lay it on too thick to really level with those who aren’t ardent socialists already.

Still, preaching to the converted is not necessarily a bad thing, and should anyone want to refresh their Marxism through contemporary political poetry, Towards the End is a good place to start.