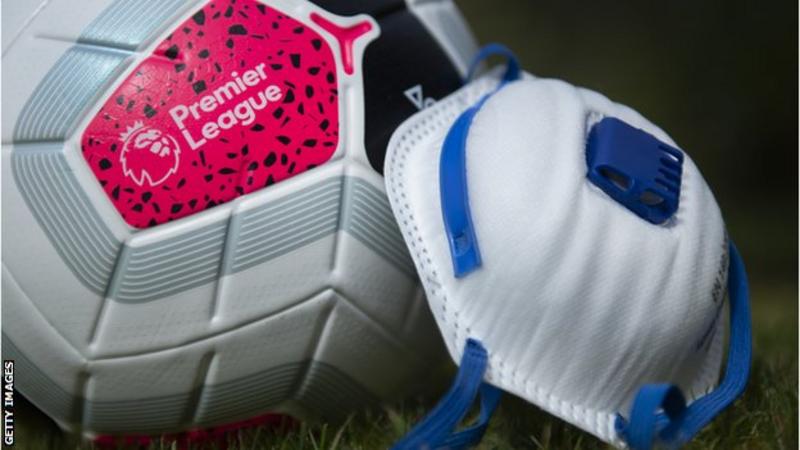 Premier League players are set to start negotiations on a club-by-club basis over proposed wage cuts.

It comes after talks aimed at a collective pay deal in response to the coronavirus crisis broke down without resolution over the weekend.

The Premier League proposed a 30% pay cut, but the Professional Footballers’ Association says that may harm the NHS.

The row has escalated into one of the most serious disputes between players and clubs in the league’s history.

The government has said it expects the football authorities to “come together with an agreement urgently.”

Writing in Monday’s Telegraph, the culture secretary Oliver Dowden said “the deadlock between the PFA and the Premier League clubs on players’ wage cuts is deeply concerning.”

“Clubs, players and owners should be thinking very carefully about their next steps,” he wrote.

“It’s especially important that a disagreement over players’ wages doesn’t undermine all the good work that sport – including football – is doing to help the government’s efforts to tackle coronavirus.”

On Saturday the Premier League told senior players that a pay cut was required because the clubs faced losses of more than £1bn if the season could not be resumed.

But with players rejecting a league-wide proposal, they are now expected to ask their own clubs to explain more about the specifics of their finances before accepting any cuts or deferrals.

Some clubs are hoping that if executives and coaches accept pay cuts, it could help persuade players – who earn an average of £3.5m a year in the Premier League – to do the same by the end of the week.

What has happened so far?

Health secretary Matt Hancock was among the leading politicians calling for players to take a pay cut and “play their part.”

The league wants players to take a 30% salary cut in order to “protect employment throughout the professional game”.

But the union says that equates to more than £500m in wage reductions over 12 months, and a loss in tax contributions of more than £200m to the UK government.

As part of the proposals, the Premier League would advance £125m to the English Football League (EFL) and National League, and give £20m towards the NHS.

The PFA says it is happy to continue talks with the Premier League but called on the league to increase its charitable donation and long-term funding of the EFL. Players are understood to be wary of agreeing pay cuts that would help billionaire owners save money which may subsequently be spent on transfers.

However, clubs themselves are understood to have financial concerns, with Burnley saying on Saturday they faced a shortfall of £50m if the Premier League season was not completed.

The PFA said all Premier League players “will play their part in making significant financial contributions in these unprecedented times”.

Captains of Premier League clubs, led by Liverpool’s Jordan Henderson, have been in talks over a plan to make charitable donations.

England defender Danny Rose – on loan at Newcastle from Tottenham – said that players were keen to give up a portion of their wages to help good causes, but felt their “backs are against the wall” regarding the pressure they had faced to accept cuts.

While Derby striker Wayne Rooney has said players are in a “no-win situation”.