Prince Harry can now add “singer” to his illustrious resume.

The Duke of Sussex teamed up with rocker Jon Bon Jovi on Friday for a special appearance at Abbey Road Studios. There, the two recorded a special version of Bon Jovi’s song “Unbroken” with members of the Invictus Games Choir.

The SussexRoyal Instagram account shared a video of Bon Jovi and Harry with headphones on, preparing to sing together.

“I said I’ll give it a shot…[Sound On ?]” the caption of the video said, referencing Bon Jovi’s hit song “Livin’ on a Prayer.”

The SussexRoyal Instagram account also shared photos of the two on its Instagram stories, and another with them pictured alongside the servicemen and women who helped sing.

It also showed the group walking across the Abbey Road crossing together to re-create The Beatles’ famous album cover. 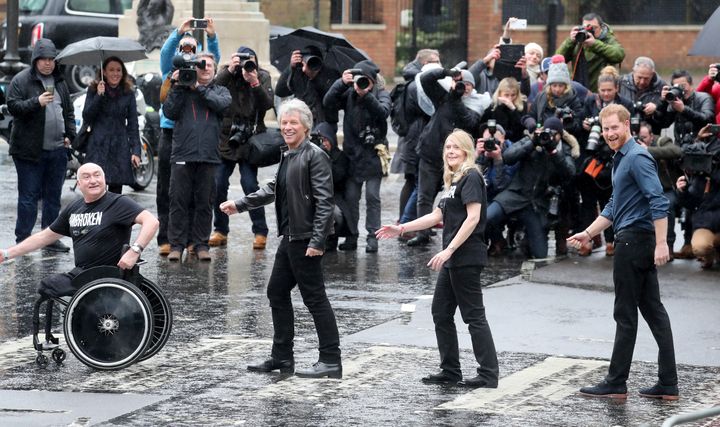 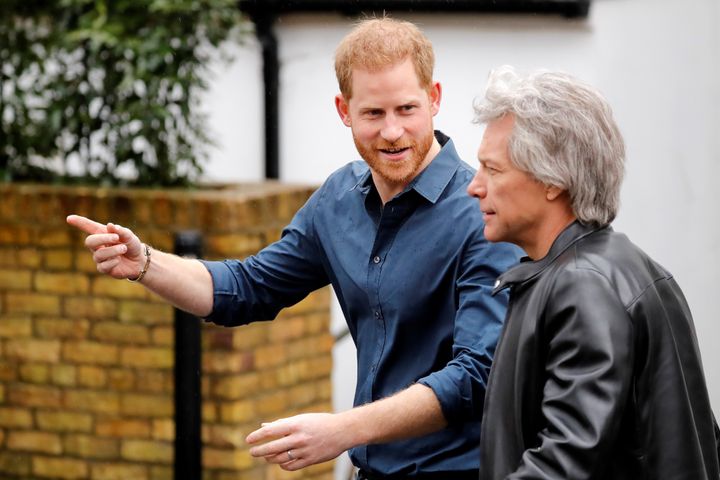 While doing press leading up to the engagement, Bon Jovi joked that he didn’t know what title to use for Harry.

“You know, I’ve been asking, What do I do, how do I address him? And then I realize I’m going to call him the Artist Formerly Known as Prince,” Bon Jovi joked during an appearance on “The Chris Evans Breakfast Show” earlier this week, referencing a nickname the late entertainer Prince used in the 1990s.

He also told Evans more about how his collaboration with the prince came to be.

“I had sent him a letter back in August with the song and the lyrics before it came out in America and I said it would be a great gift from me to the Invictus Games,” Bon Jovi said. 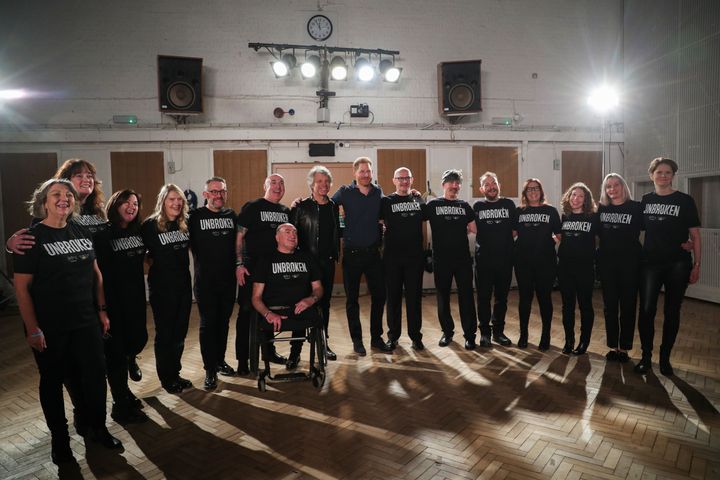 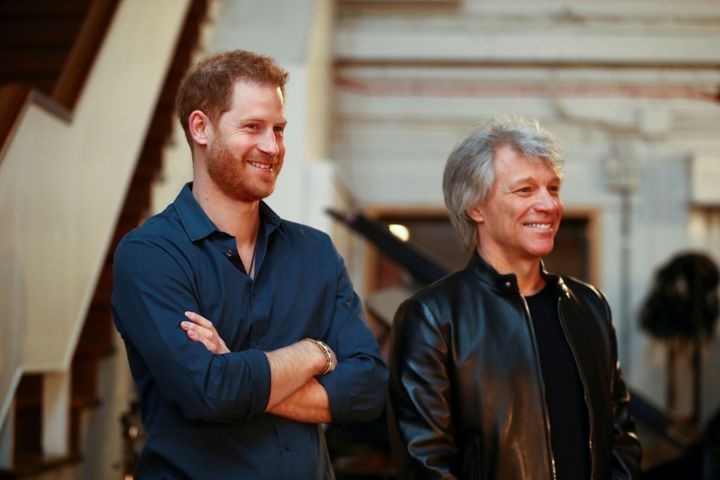 “My idea and letter to [Harry] at the time was, ‘I’d like to give you the single. I would love to give something back to the people … but I want them to be the singers,’” he said.

“It’s the ‘We Are the World’ for this song. I’ve got 12 veterans. They’ll sing the chorus to the existing track, which I did, and then it’ll be on the new record,” the rocker added. “Then we’ll release it as a single here in time for their games and hopefully raise them some money.”

The original version of the song, which was written to shine a spotlight on veterans living with post traumatic stress disorder, will be on Bon Jovi’s upcoming album “Bon Jovi 2020.”

The recently recorded version of the single ― which features both the choir and the prince ― will come out in March.

Harry isn’t afraid to sing in public, as he showed off his singing abilities at a special performance of “Hamilton” in 2018:

Hopefully, there are more collaborations to come.

Subscribe to HuffPost’s Watching the Royals newsletter for all things Windsor (and beyond).