Princely display of affection! Duke of Cambridge gushed over how much he loves his wife Kate Middleton to well-wishers as they lined the streets in Galway

A gushing Prince William told well-wishers how much he loves his wife Kate Middleton on the final day of their official tour of Ireland on Thursday.

The Duke of Cambridge, 38, was meeting royal fans who lined the streets in Galway, when he was drawn to Angela Moran, from Wesport, County Mayo, who was holding up a banner from his wedding day to Kate in 2011.

‘I said to him that I really admired him and Catherine and he said thank you very much,’ she said, speaking to People magazine. 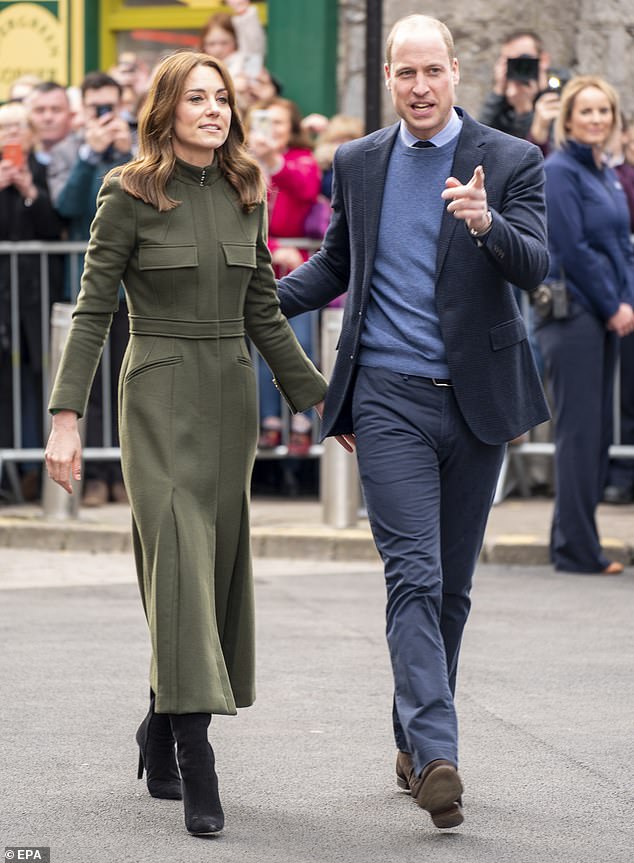 The Duke and Duchess of Cambridge, both 38, greeted people as they visited a family-owned, traditional Irish pub in Galway, Ireland, on 5 March 2020 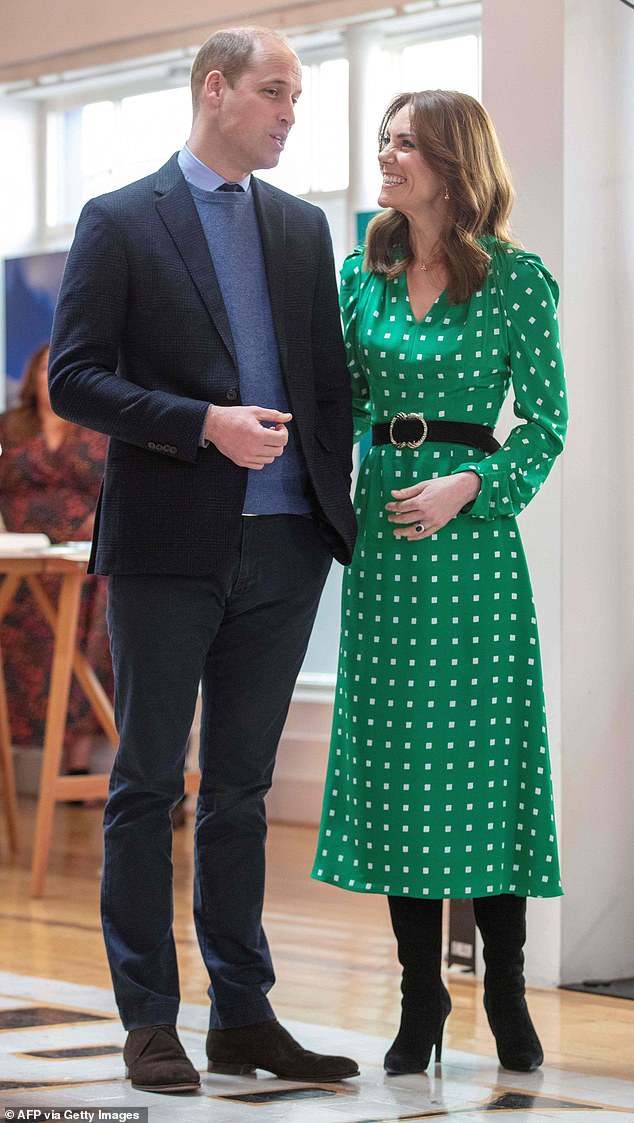 Angela Moran, from Wesport, County Mayo, told how she ‘loved’ Kate, to which William replied: ‘I do too, nice of you to say so.’ Pictured, attending a special event in Tribeton in Galway on March 5, 2020 on the final day of their three day visit Hundreds of royal fans eagerly waited across the road from the Tig Coili pub in central Galway – where the Duke and Duchess were visiting.

During their walkabout, the Duchess of Cambridge also revealed that Princess Charlotte ‘loves to dance’ while speaking to a little girl.

Kate and her husband made the admission while being filmed meeting members of the public on their final day in Ireland – and the mother-of-three couldn’t help but stop and chat with one adorable youngster, four.

After asking the little girl her age, Kate questioned whether she was a fan of dancing, before saying: ‘Charlotte likes dancing too.’ 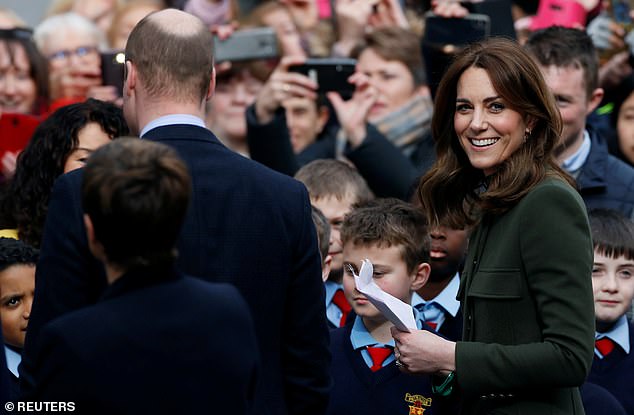 Crouching down to speak with the youngster, who appeared to be standing next to her mother, Kate asked: ‘How old are you going to be in May? You’re going to be five?

‘So you’re exactly the same age as Charlotte,’ with Kate and William’s second child turning five on May 2.

A beaming Kate continued talking to the little one, asking: ‘Wow, do you like dancing?’, with the girl saying she did.

‘Charlotte likes dancing too,’ the proud duchess then admitted, before wishing the child a happy birthday for May. 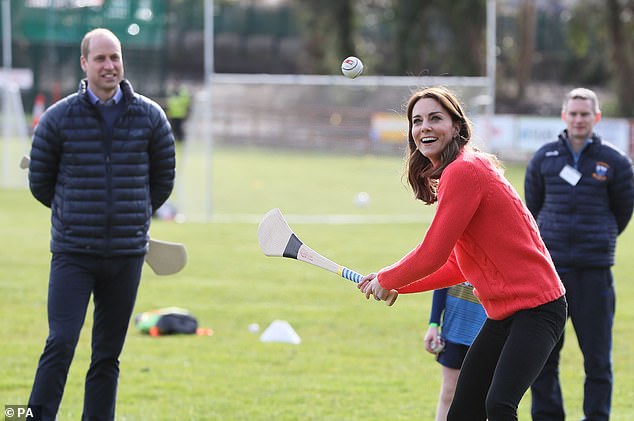