An award-winning West Australian children’s author, illustrator and speaker has been quizzed about his LGBTIQ “agenda” by a prospective workshop client. 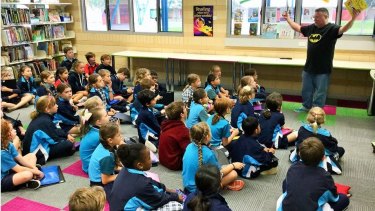 Josh Langley in one of his children’s workshops.

New South Wales-based Big Sky Publishing has published eight of his books, including three picture books for children on topics such as self-acceptance, self-esteem and learning from your mistakes.

His It’s OK to Feel the Way You Do was awarded the 2018 Australian Book Industry Award for the Small Publisher Children’s Picture Book of the Year.

Mr Langley lives in the South West with his partner of 20 years, now his husband, and runs primary school and high school workshops on such topics as mindfulness, creativity, dealing with difficult emotions, how to be resilient in hard times, and how it’s OK to be different.

He has visited more than 60 government and private religious schools over the past four years, from Port Hedland to Albany, Norseman to Geraldton, and everywhere in between.

“I write these books for my younger self,” Mr Langley said.

“I want to know what I would tell my 8-year-old self what he needs to know to thrive in life … to feel good, to feel confident and brave – because I didn’t have a very good upbringing.”

Mr Langley has never been asked about his sexuality or “agenda”.

But he was recently approached by a community organisation to run two workshops, one for primary school students and one for high schoolers, and the woman inquiring asked if there were any “LGBTQI issues or agendas” in his presentation, because if so she would have to decline the booking. 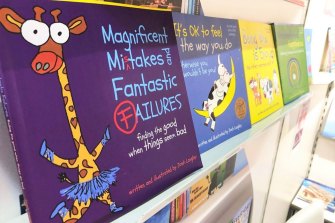 Some of Mr Langley’s books.

“I am not a ‘gay kids’ author’,” Mr Langley said. “Most people wouldn’t even know that I am gay … though I don’t hide it. That’s why I was taken aback.

“It really floored me, and it brought back all the issues of my childhood, of my past, of growing up gay and feeling disconnected.”

“I told her I do reinforce that children are perfect the way they are, that they can make friends with their feelings and they are important to the world,” he said.

“I said if you don’t feel comfortable with that, feel free to decline the booking.”

In the end the woman did decline on the grounds she didn’t get the numbers.

“I am not angry,” Mr Langley said.

“I suppose I am just asking people to put themselves in each others’ shoes … if we all understand each other more we will be making a better world.

“It’s important to reassure kids and teenagers that whatever they are going through, whichever way they feel different, they should not feel lesser than anyone else.”

Helen Adam is a researcher from Edith Cowan University’s School of Education who has recently published a new study about the bleak picture of cultural inclusivity reflected in Australian children’s literature.

Her research has shown that children develop awareness and recognition of difference and identity from very young ages, and she says they can develop biases from as young as three months of age – a concern given her studies have shown a marked lack of diversity in the books children are exposed to in kindergarten.

Dr Adam said it was critical for children to see multiple ways of living and being, whether this meant family structures, gender, sexuality, ability and disability, race or religion.

“When we see authors such as Josh and Holden Sheppard and other minority backgrounds publishing, we need to embrace those books and get them in the hands of families so children can see all the ways of being,” she said.

“The bravery of people like Holden and Josh is that they are not hiding who they are.

“It’s a gift that authors don’t forget what it’s like to be a child and that’s why their books have such impact.

“To be questioned about your 'agenda' is quite offensive; because what was questioned was not an agenda, but his identity. It’s a concerning line to cross.”