Skip to content
HomeLifestyle‘Red Table Talk’: Kelly Osbourne Admits She ‘Didn’t Do Anything Sober’ Before Rehab

In this ‘Red Table Talk’ preview clip, Kelly reveals the extent of her substance abuse and how she’s struggled to accept being vulnerable.

Kelly Osbourne, 36, is revealing the true extent of her substance abuse and years’ long battle with drugs and booze in the upcoming episode of Red Table Talk. And, in the EXCLUSIVE preview clip obtained by HollywoodLife, the Brit confesses that, before she got clean, she “didn’t do anything sober.”

“When I first got sober, I didn’t feel like I deserved to be in any room that I was in,” Kelly says during the upcoming June 2 episode of the Facebook Watch series. “And then I gained so much weight, so I thought that everyone was just looking at me like, ‘She’s fat and disgusting.’

“People were taking pictures of me and I could see them. ‘Look at how fat Kelly Osbourne is now.’ So, it’s like you have to get In touch with vulnerabilities and things that trigger you. Like, I never went to work sober. I never went to dinner sober. I didn’t do anything sober. Like, nothing sober.”

Kelly, who has been in and out of rehab multiple times since she was 19, doesn’t specify exactly which time period she’s referring to. But her comments were met with understanding by the Red Table Talk co-hosts, Jada Pinkett Smith, her daughter Willow and mother Adrienne Banfield-Norris. The latter – aka Gammy to her family – has been open about her own substance abuse, including an addiction to heroin. Now 67, she has been sober for three decades. 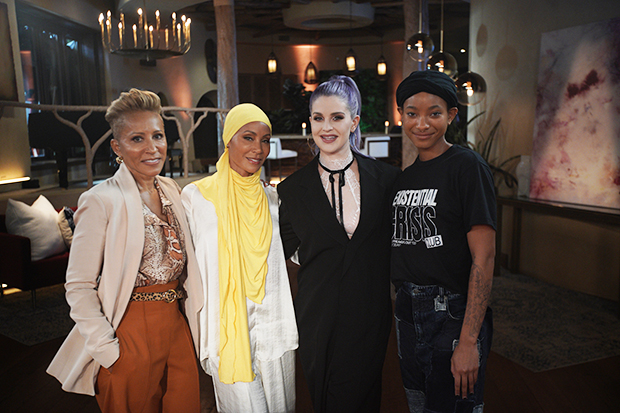 For Kelly – whose dad, rocker Ozzy Osbourne has had a lifelong, well publicized addiction to drugs and alcohol – her journey towards sobriety has not been a linear one. In the episode that airs tomorrow she also tells the Red Table Talk hosts that she first went to rehab as a teenager after developing an addiction to opiates.

In April she stunned her fans by admitting that – after being sober for four years – she relapsed and started drinking again. “This is a little hard for me to talk about, but I’ve always promised you that I will always be honest with you about where I’m at and what’s going on in my road to recovery,” the former Fashion Police co-host said in an Instagram story, according to TODAY. “I relapsed. Not proud of it.” 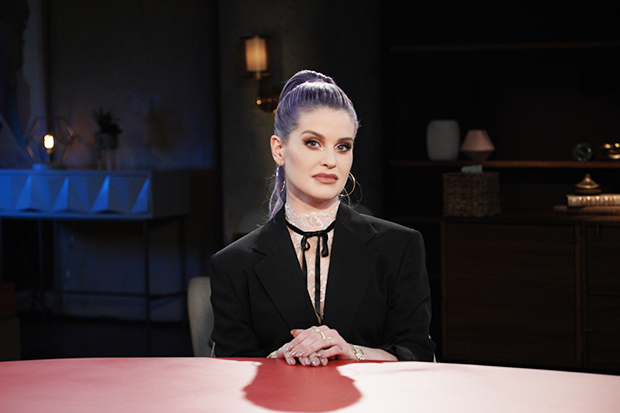 In an interview with Dax Shepard on his Armchair Expert podcast in May, Kelly admitted that one glass of champagne led to her spiraling out of control. She confessed she ended up doing “embarrassing s***” and blacking out two weeks later.