Inmates broke windows, set a fire and threw debris to the ground late Sunday at a downtown St. Louis jail that’s been plagued by uprisings in recent months.

The disturbance broke out Sunday night at about 9 o’clock at the City Justice Center, CBS St. Louis affiliate KMOV-TV reported. Inmates were seen tossing objects out of broken windows and setting a fire. Firefighters used a hose to douse the flames. The objects included chairs and TVs, KMOV reporter Alexis Zotos tweeted.

A large crowd gathered on the street below. 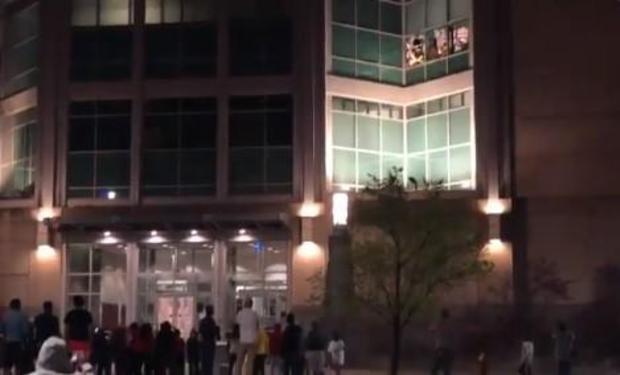 Law enforcement responded to bring the jail under control. Inmates had moved away from the broken windows by about 10:30 p.m., according to KMOV.

Then around 11 p.m., inmates broke windows on the other side of the jail and began throwing objects again. Thirty minutes later, the inmates had disappeared again and officers could be seen inside. A KMOV photographer said things appeared to be under control again. 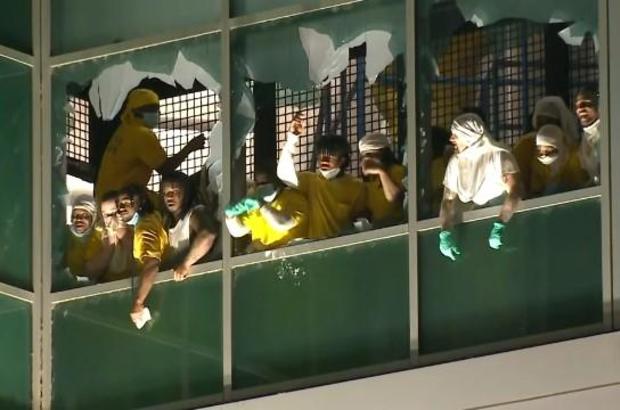 It was unclear whether anyone was injured.

At one point, Zotos reported she could smell a bit of tear gas or pepper spray or some kind of chemical irritant on the ground outside after hearing some inmates saying, “I can’t breathe” – the words uttered by George Floyd when Minneapolis police officer Derek Chauvin had his knee on Floyd’s neck.

Some inmates were heard yelling demands for court dates. Proceedings have been delayed due to the coronavirus pandemic.

An uprising at the jail on Feb. 6 involved over 100 inmates and sent one corrections officer to the hospital. Officials said detainees were upset about conditions inside the jail and had concerns about COVID-19. That occurred on the jail’s fourth floor, which is still boarded up, Zotos says.

A task force was appointed to look into issues at the jail. Its chairman, the Rev. Darryl Gray, issued a report last month urging the city to create an independent oversight board to help oversee the lockup.