DAVID DE GEA has been left stunned after being congratulated on his international retirement by the Spanish FA without officially hanging up his boots.

The Manchester United goalkeeper has won 45 caps for his country but hasn't played for Spain since a Nations League game two years ago. 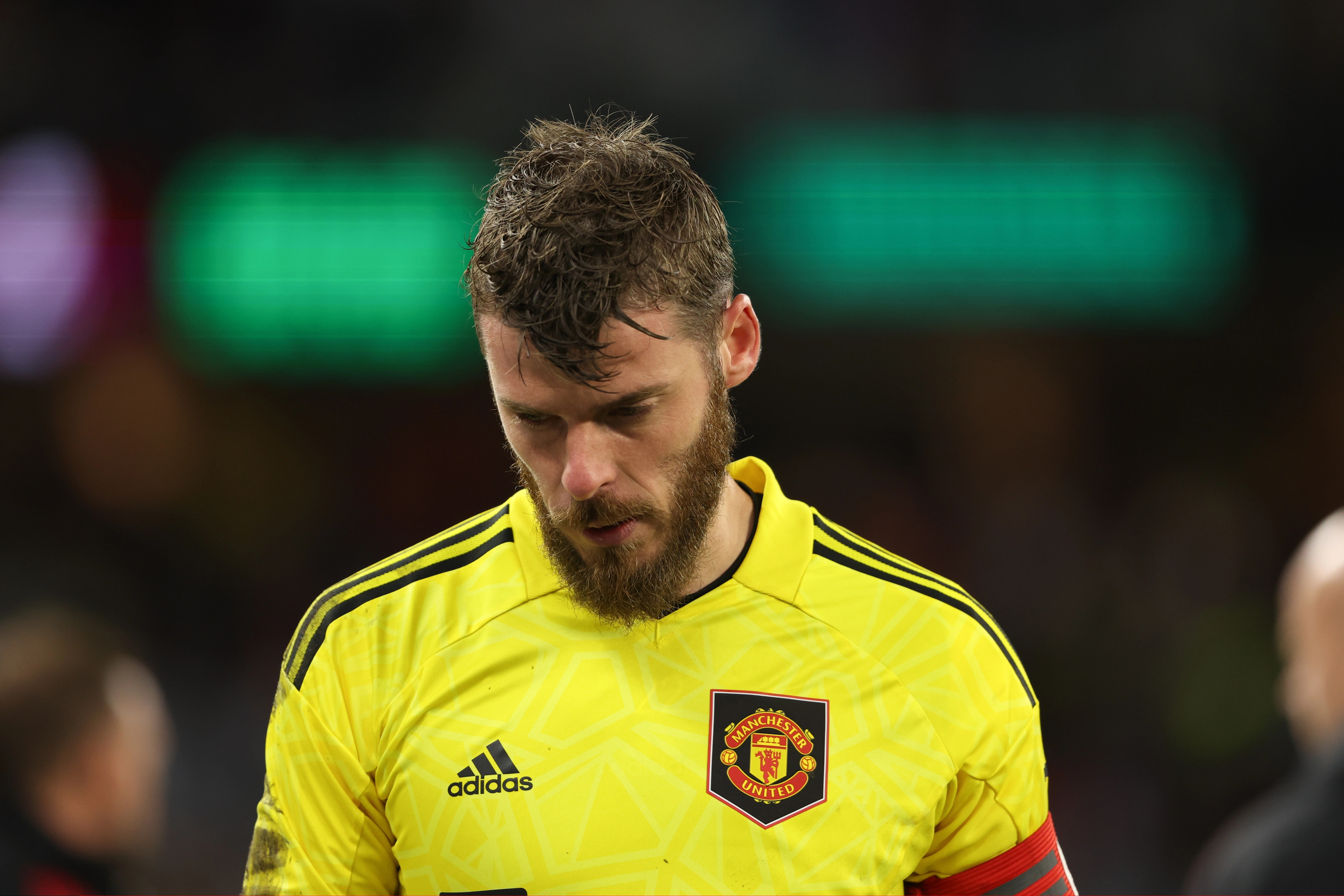 De Gea has been in excellent form his club, helping United enjoy a strong end before the break, only to be overlooked by Luis Enrique for the World Cup.

Instead, the ex-Barcelona boss picked Unai Simon, Robert Sanchez and David Raya as his three goalkeepers.

Therefore, the United star will remain stuck on 45 caps heading into next year.

Journalist Jose Alvarez told El Chiringuito: "De Gea has been a bit of a strange subject.

"The last year and a half De Gea has been very good, being a protagonist for Manchester United in almost every game and he was seen as being a part of the three in the national team.

"Suddenly he disappeared from the call ups a few months ago and Luis Enrique did call David to tell him he was not going to count on him.

"He told him that it was a technical decision.

"Obviously, David asked him what the reason was, but he was not given any further explanation.

"A few days later David receives a message from Rubiales, president of the Federation, who says 'David I am glad that you have finally made the decision you have been thinking about.

"I have already been told that you are leaving the national team'.

"To this David replies 'Sorry? There is no renunciation of anything, who has told you that I renounce anything? The coach has told me that he is not going to count on me, but I have never renounced the national team, nor do I intend to do so, that is if I am called up’.

“He was a bit surprised by the communication between Luis Enrique and Rubiales and the message that arrived from Rubiales afterwards.

"I do not say he should be a starter, but he believed he could contribute apart from experience.

"He was a bit surprised that Rubiales sent him the message saying that he was going to resign from the national team or that he had made the decision after thinking about it, never mind congratulations for taking the decision."