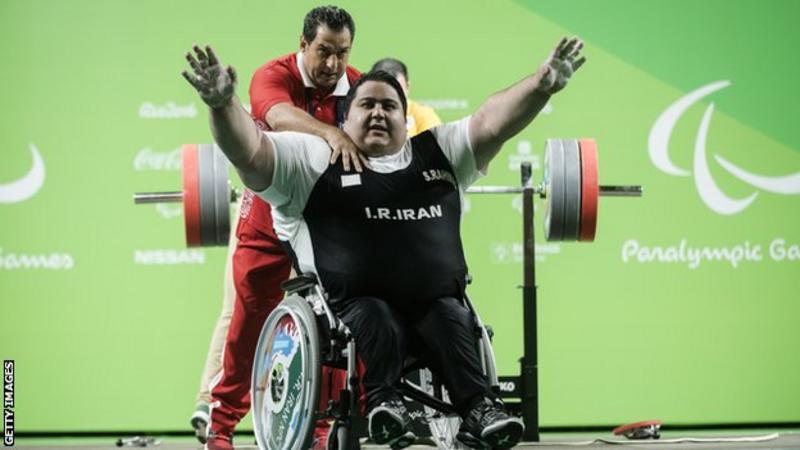 Two-time Paralympic champion Siamand Rahman has died at the age of 31 after a suspected heart attack.

The Iranian powerlifter won gold medals at both London 2012 and in Rio in 2016.

In Rio, he became the first ever Paralympian to lift more 300kg and his bench press record of 310kg still stands in the over-107kg category.

“The whole Paralympic movement is deeply saddened to learn of the passing of Siamand Rahman,” said IPC president Andrew Parsons.

“Siamand was a pioneer for his sport, an inspiration for many in his home country, Iran, and around the world, and a fantastic ambassador for the Paralympic movement.

“He was also a wonderful human being, a gentle giant and one of the friendliest people you could ever meet.”

He won two more world titles in 2017 and 2019, while his performance at the Rio Paralympics, when he lifted 75kg more than his nearest rival, saw him named best male at the Paralympic Sports Awards that year.

Rahman had been targeting a third Paralympic gold in Tokyo and had promised to try to break his current record in the process.