Skip to content
HomeLifestyleSix books compete for the $50,000 Stella Prize for women writers

When Caro Llewellyn began writing her memoir, Diving into Glass, she envisioned it as about her father, Richard. It was telling his story but also what it was like for her to grow up with a man who was profoundly paralysed.

"Then halfway through – voila and lo and behold – I get diagnosed with MS and am looking at a similar future. I had to process all of that and realised it changed the whole nature of the book. I couldn't tell his story without telling my story." 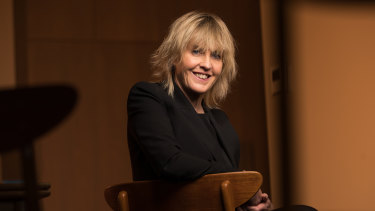 Caro Llewellyn can hardly bear to read sections of Diving into Glass now because they are so raw.Credit:Jason South

Now Diving into Glass has been shortlisted for the eighth annual $50,000 Stella Prize for writing by Australian women along with five other titles: See What You Made Me Do by Jess Hill, an investigation of domestic abuse in Australia; There Was Still Love by Favel Parrett, a novel about two sisters, separated in their teens and living in Prague and Melbourne; Here Until August by Josephine Rowe, a collection of short stories; The Yield by Tara June Winch, a novel immersed in Indigenous language and story; and The Weekend by previous Stella winner Charlotte Wood.

The judges said the books were all outward-looking: "They tell stories – of illness, family life, friendship, domestic abuse and more – in remarkable ways."

Llewellyn, a former director of the Sydney Writers' Festival and New York's PEN World Voices Festival, said she struggled when she got her diagnosis. "But I wanted that struggle to be represented in the book, for the reader to feel it. I wrote all that stuff as I was going through it and it was very raw. I wanted those sections to stay raw and get that absolute confusion that I had. I can hardly bring myself to read them now."

She said her father had a profound impact on her. His paralysis – the result of polio at the age of 20 – gave her a sense of urgency about life. "I felt that it was my responsibility to do everything that I possibly could because it couldn't be squandered. That has been the driving force of my life."

Favel Parrett's subtle, delicate novel is also about a significant influence on her life, but in her case that of her paternal grandmother, who fled Prague as a teenager and spent her life missing her beloved twin sister who remained, and her grandfather. 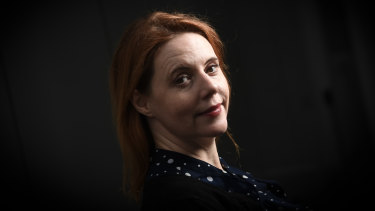 Favel Parrett says her grandparents taught her about love.Credit:Justin McManus

However, she didn't expect the book to be published. She felt her publisher had branded her books – There Was Still Love is her third novel, after Past the Shallows and When the Night Comes – as usually being about water and Tasmania.

"This is a real departure and it felt that perhaps no one would find it interesting. The book felt to me like it was nothing, but it also felt to me like it was everything. It was a personal thing but I really had to do it. I wanted to honour them as the people who taught me about love. They were working class: there was no money, no outings, no movies or McDonald's, but there was time and love and that's everything."

When Parrett heard about her shortlisting she burst into tears, but it wasn't the only good news she received. Three days ago she learned There Was Still Love will be published in the Czech Republic in November. "That means the world to me, to be in their language."

But if she goes to Prague for publication – she hasn't been for 25 years – it could be costly: "My cousin is convinced I owe him 1000 beers because he helped me so much."

The Stella Prize will be presented in Sydney on April 8.