A frog no bigger than a 5p coin has been discovered in Madagascar – and already classed as critically endangered by conservationists.

The new species of stump-toed frog, named Stumpffia troschaueri, is brown in colour with black spots on its side, in an apparent attempt to camouflage itself among the leaves around it.

Four specimens were pulled from Sahamalaza forests, on the north-west coast of the island, after researchers spent day and night painstakingly combing through leaf litter.

The tiny frog is already severely threatened by logging, drought and forest fires in the region, which has been a UNESCO Biosphere Reserve since 2001. 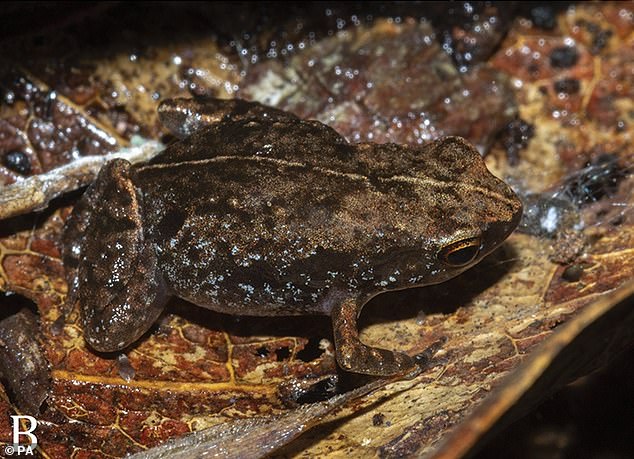 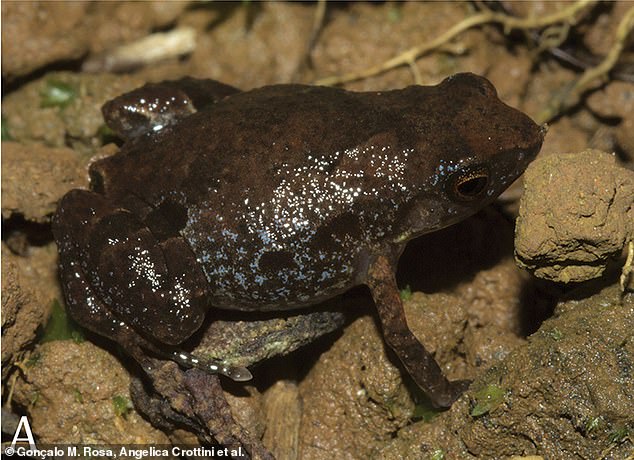 Four specimens of the less than half-an-inch amphibian have been found. Pictured above is the holotype, or frog used to describe the species 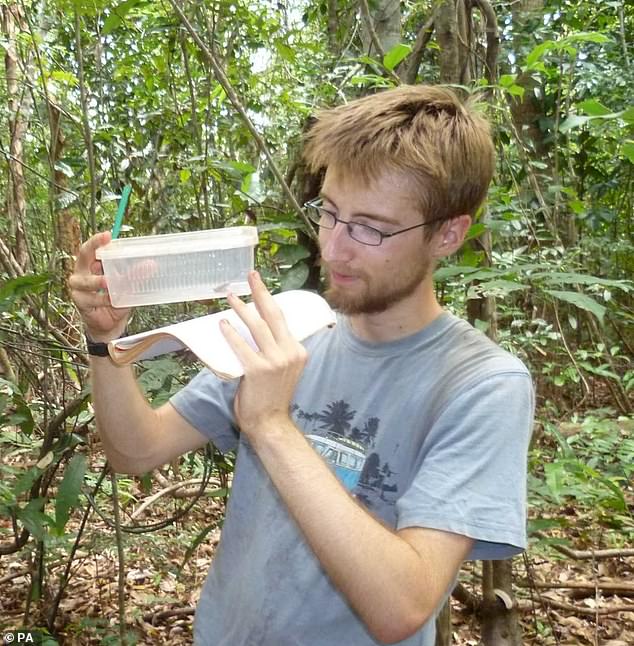 Dr Samuel Penny, pictured examining the frog, was part of the team from the University of Brighton that made the discovery

The unique frog is only known from three patches of forest which are all ‘severely threatened’, said researchers from the University of Brighton, which made the find.

It was defined as a new species following analysis of its colouration, body form and genetics, according to a study published in ZooKeys.

DNA in its mitochondria, which are the part of cells that produce energy, forms a genetically-distinct group.

Genes from cell nuclei also formed a separate group to 18 frog species in the same genus, indicating a different species.

The researchers said the frog was critically endangered because threats to its habitat fitted the IUCN’s definition. 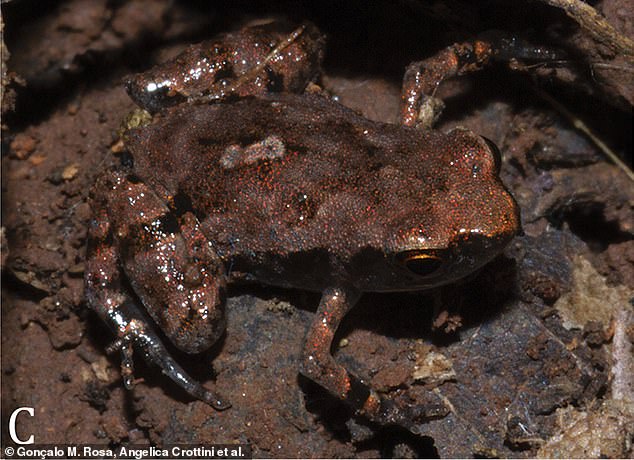 The unique frog, pictured, has been found in three patches of forest in the region which are all ‘severely threatened’ by logging, drought and forest fires 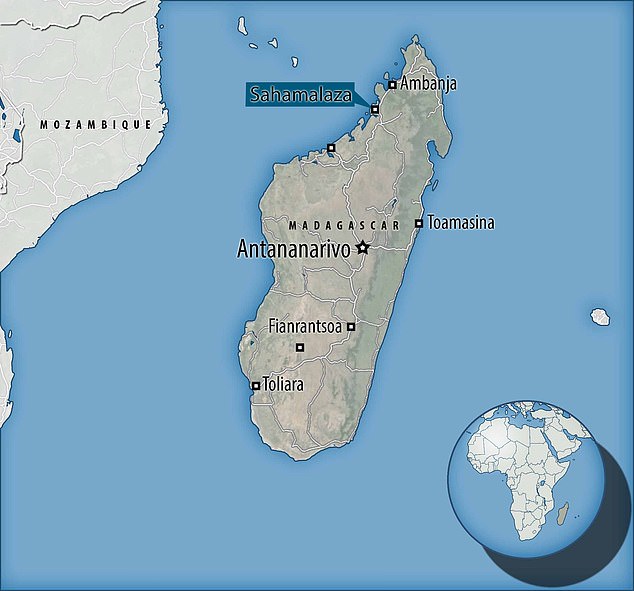 The new species of frog was identified in three forests in Sahamalaza, Madagascar

Coloration: Brown, possibly with a single stripe down its back

Where does it live?: Three patches of woodland in Sahamalaza, north-west Madagascar

Dr Samuel Penny, a lecturer at the University’s school of pharmacy and biomolecular sciences who was on the expedition, said: ‘This small and inconspicuous frog measures around 0.4 inches in length and inhabits the leaf litter of relatively undisturbed forests.

‘Habitat loss across its limited range suggests it should qualify as critically endangered.

‘The species name honours Christoph Froschauer (ca. 1490 – 1564), a renowned printer whose family name means the man from the floodplain full of frogs.’

‘It’s amazing to find a completely new variety of frog but it’s worrying to know they are already threatened with extinction.’

Scientists are constantly finding new species. At least 71 new creatures were uncovered in 2019 including flowers, fish, spiders, ants and lizards, according to the Californian Academy of Sciences.

An additional 270 new species were found in 2018, said the Natural History Museum. 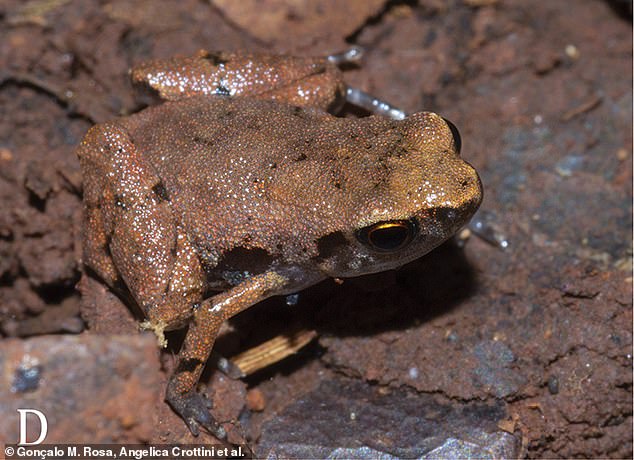 The species was named in honour of Christoph Froschauer, a renowned printer whose family name means ‘man from the floodplain full of frogs’

Madagascar is famed for its unique fauna and flora, which has evolved due to its varied habitats and isolation from mainland Africa for more than 160 million years.

The native wildlife is, however, under threat due to the illegal trade in species, deforestation and degradation of forest habitats.