Skip to content
HomeLifestyleSpoilers: Can the team save Holby City after devastating news? 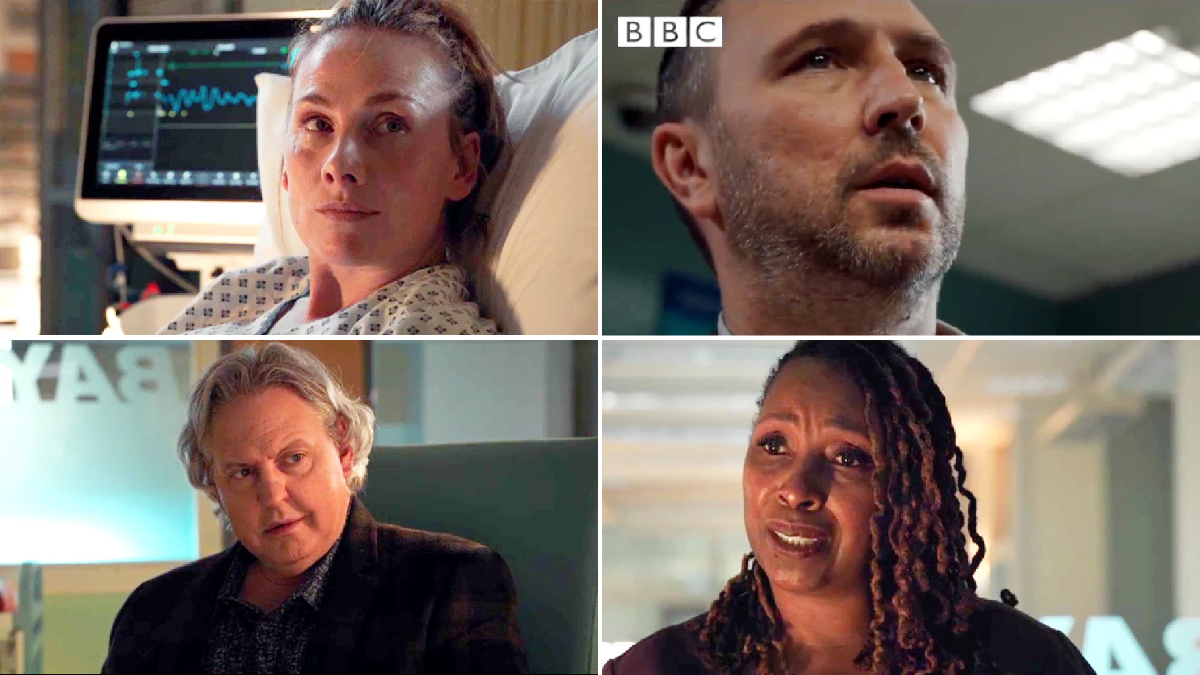 With the devastating news that Regina Marriott (Karen Ascoe) was recommending that all specialist services be moved from Holby City to rival (and possibly mythical) hospital St James’s, it began to feel like this really was the start of a long goodbye to the series, which we know is going to end in March.

Despite Jac Naylor (Rosie Marcel) literally picking herself up from her office floor and shaking off the persistent and unpleasant symptoms of her brain tumour to deliver a passionate defence of Holby, the best she and Hanssen (Guy Henry) managed to achieve between them was a three month stay of execution (till March, in other words), during which time they have to try to get their waiting times down.

Quite a lot of the dialogue seemed especially poignant in the light of the show itself being in its final months, from Donna (Jaye Jacobs)’s despair that she’s worked so hard for so long at the hospital – ‘All those extra shifts, isolating from the girls so I could work on the covid wards. They are going to slice Holby up into pieces and sell it to the highest bidder’ – to Dominic (David Ames) deciding that it was no good scattering Carole’s ashes in the hospital garden because ‘they’ll probably end up selling this place off to developers and she’ll end up scattered under some new-build.’

Hanssen tried to show Regina that the hospital meant more than just targets and figures, reading letters from some former patients and their relatives. It was this that made Regina give Holby the breathing space of three months – but what they can do in that time remains to be seen.

Dominic, back too soon from compassionate leave following Carole’s death, felt that she’d taken some of the sparkle from Holby when she went. This gave Sacha (Bob Barrett) an idea, and he had her ashes (kept in a cocktail shaker because Carole felt it was more classy than an urn) made into fireworks.

Seven sleeps till we’re back! Here’s a sneak peek at what’s in store… #HolbyCity pic.twitter.com/Xs6UwpME8F

‘You go sparkle one last time,’ Dominic told her as the remains of Carole lit up the sky above the hospital in a moment that was celebratory and quite beautiful.

There’s still a lot of sparkle left in the old place after all.

Sue Haasler is the author of five novels and the official BBC Holby City book, which you can read about here.