Skip to content
HomeLifestyleThe Apple fury is building. Here’s how to make peace

Apple’s annual conference for app-makers, which started on Monday (US time), is usually a lovefest. This year, it’s going to be awkward.

Some developers are angrier than ever at Apple’s dictatorship over iPhone apps, accusing the tech giant of imposing unfair costs and complexities on them and on iPhone users. Here’s what you need to know about this dispute, where Apple and the unhappy app- makers have a point, and my suggestions for reaching app peace. 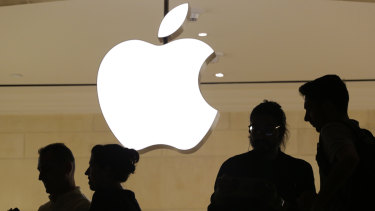 Apple’s control over the app world continues to cause friction. Credit:AP

Why are app-makers mad?

It boils down to what some app companies and lawmakers say is Apple’s domineering control of iPhone apps.

Some are angry at what they see as high and capriciously applied commissions that Apple takes when, for example, someone subscribes to an online dating service in an app or buys virtual gems in the Clash of Clans game. Apple takes a fee of up to 30 cents per dollar of each sale in an iPhone app. (It recently cut its commission to 15 cents per dollar for all but the top-selling apps, although that change affects a fraction of Apple’s app revenue.)

Other app-makers believe Apple unfairly blocks their apps or puts them at a disadvantage to Apple’s competing internet services. The complainers could be a vocal minority among the couple million iPhone apps, but it’s an influential one — including Spotify, Match Group, Airbnb, Tile and Epic Games, maker of the Fortnite video game and whose trial against Apple concluded last month.

Do the complainers have a point?

Yup. Apple has been running its app store using the same approach since it started it in 2008. That made sense at the time. It might not anymore.

People’s familiarity with apps makes it harder for Apple to justify its restrictions and commissions as if people couldn’t find apps without the company’s help. Apple also makes increasingly Byzantine rules to keep control over the app store, and they don’t always make sense. Why does Apple want an app to pay it a commission on the e-book edition of a cookbook but not the print version?

Apple overstates the value of what it does for app-makers and the rest of us, but it is a meaningful contribution.

The big question for us is this: What does Apple’s grip on the iPhone cost us in higher priced apps or new ideas that never get off the ground because some developers don’t think they can make money under Apple’s terms?

But Apple is a little right, too.

Apple says that it deserves to be compensated for its role in the app economy. It brings hundreds of millions of potential customers to app-makers’ doorsteps, makes it easy for people to buy stuff and screens apps to make sure they’re safe. (The company’s vetting is definitely not foolproof, though.)

Apple overstates the value of what it does for app-makers and the rest of us, but it is a meaningful contribution.

What’s the solution to app peace?

I have two suggestions, one mild and another aggressive. (I doubt that Apple would do either voluntarily.)

First, Apple should stop blocking app-makers from telling people that they don’t have to buy stuff in the app. For example, YouTube Music’s streaming subscription costs $US12.99 a month if purchased in the iPhone app. The same membership costs $US9.99 from YouTube Music’s website. (YouTube pays a commission of $US3 to Apple and passes the cost on to us.)

If app-makers were allowed to link to websites where people could buy subscriptions or digital goods for less, many people still wouldn’t do it because it’s a pain, my colleague Greg Bensinger told me. But Greg, a New York Times editorial board member, said that it would win Apple a lot of goodwill. It also would conform more closely to how Google operates its Android app store.

My out-there second option is to ditch app stores entirely. It is easier and arguably more secure to find, pay for and download apps from a single digital storefront. But I’m no longer sure it’s worth the higher costs and control by owners of app stores. What if we just downloaded a Tinder or YouTube Music app from the companies’ websites? Or, as I have proposed before, what if there were no apps at all?

Get news and reviews on technology, gadgets and gaming in our Technology newsletter every Friday. Sign up here.

Most Viewed in Technology