Peter Weber is still trying to find his future wife on The Bachelor, but the reality TV show’s producers just revealed they’re about to make a major announcement: The next star of The Bachelorette will be revealed on Good Morning America on Monday, March 2. (Set your alarm clocks now, people!)

This is a pretty big departure from past seasons, where the new Bachelorette is usually announced during the After the Final Rose special. Of course, The Bachelorette is a massive emotional ride, and it’s good to know upfront who you’re going to be rooting for every Monday night in a few months.

Here’s everything you need to know about The Bachelorette season 16 (so far).

Who is the next Bachelorette?

Full disclosure: No one knows yet. That said, Bachelor spoilers king Reality Steve said in a recent blog post that producers have definitely met with Kelsey Weier (from Peter’s season), Tayshia Adams (from Colton Underwood’s season), and Tia Booth (from Arie Luyendyk Jr.’s season). “One thing I keep hearing is that they’re not gonna go with someone from Peter’s season,” Reality Steve wrote, which would eliminate Kelsey.

Apparently, former Bachelorette star Hannah Brown was a “top choice,” but she and ABC couldn’t agree on money, so womp womp.

An unconfirmed spoiler on Facebook said that Bachelor Nation veteran Clare Crawley would be the new Bachelorette. In response, Reality Steve tweeted that, while the choice might seem unusual, it wasn’t out of the realm of possibility.

For those that didn’t see, this was the rumor that was posted on a FB Fan Page last night. I have no idea who this person is, why they’re reporting it, or if it’s even true. This was the first I’d heard of it. Guess we’ll see. pic.twitter.com/EJyteyN2JZ

Here’s my opinion on Clare IF she does end up being the “Bachelorette.” Yes, it’s random. And yes, she’s not on anyone’s radar really. But 1) that gives them major shock value 2) gives them some1 older and 3) it kinda puts her as a combination of being the female Arie & Nick

The new Bachelorette star may not even know that she’s The Chosen One yet. Reality Steve pointed this out on Twitter. “In regards to ‘Bachelorette’ being announced Mon morning on GMA, just remember that when Arie was announced on GMA his season, he didn’t find out until the night before,took the red eye to NY, and went straight to the studio,” he wrote. “They’re gonna try & keep this as secret as possible.”

In regards to “Bachelorette” being announced Mon morning on GMA, just remember that when Arie was announced on GMA his season, he didn’t find out until the night before,took the red eye to NY, and went straight to the studio. They’re gonna try & keep this as secret as possible.

So… fans will just have to wait for the official announcement come Monday morning.

When is the The Bachelorette season 16 release date?

No official date in 2020 has been announced yet. That said, in the past few years, The Bachelorette has debuted sometime in mid- to late-May. Given that The Bachelor debuted in January, like it normally does, you can probably expect to see the next Bachelorette grace your TV screen in the late spring, as usual.

Is there a trailer for The Bachelorette yet?

Nope, but that could come as early as Monday. It might be a super short trailer with just the new Bachelorette (considering production likely won’t have much time to throw something together), or they might save that debut for when they’ve got juicier nuggets to share with fans.

Where can I watch The Bachelorette?

ABC is your go-to source for all Bachelorette/Bachelor content (including Bachelor in Paradise and Bachelor Summer Games). You can also watch episodes on demand at ABC’s website (with a cable login) and on Hulu.

Who will host this season of The Bachelorette?

Chris Harrison will be back for another season of reality TV greatness to do super important things like announce when it’s the final rose, counsel the Bachelorette when she’s struggling, and crush grown men’s hearts when he reveals there won’t be a cocktail party on any given evening. 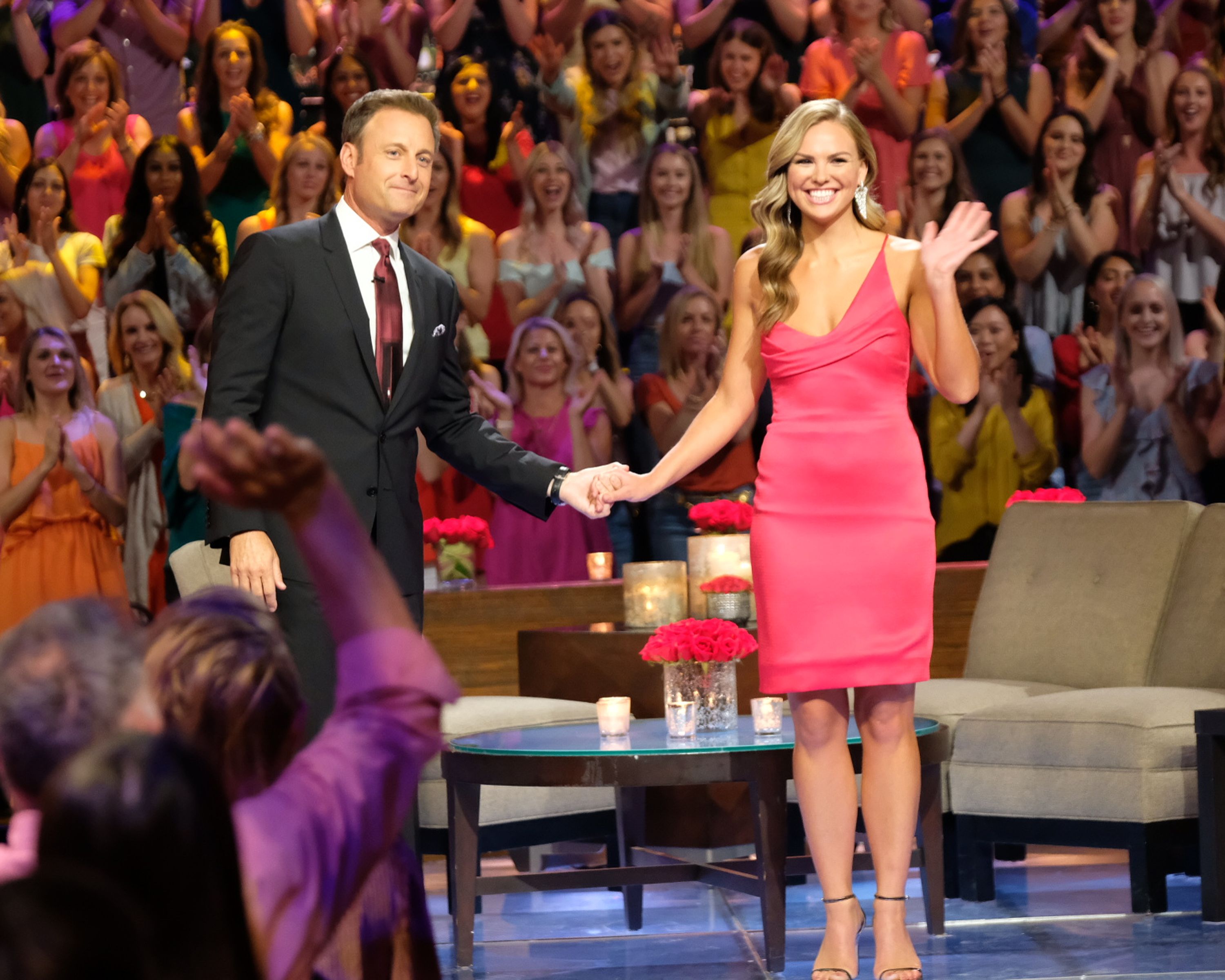 Where do they film The Bachelorette?

The same place as The Bachelor. It all kicks off at the Bachelor Mansion (which is in Agoura Hills, California), before the group sets off to travel the world. Reality Steve just shared one of the confirmed filming locations on Twitter. “We might not have a ‘Bachelorette’ chosen yet, but I can confirm one US city they are headed to when next season begins filming: Chattanooga, TN! The ‘Bachelorette’ will be all up inside you towards the end of March. There will def be a public date to attend as well,” he wrote.

(SPOILER): We might not have a “Bachelorette” chosen yet, but I can confirm one US city they are headed to when next season begins filming: Chattanooga, TN! The “Bachelorette” will be all up inside you towards the end of March. There will def be a public date to attend as well.

Typically, The Bachelorette heads to at least one city in the United States before taking things international.

Who is going to be on The Bachelorette?

ABC usually announces The Bachelorette before they reveal the contestants, so there’s a lot fans don’t know yet. That said, Reality Steve did just reveal on Twitter that there were 10 men he’s “pretty sure are cast to be on the ‘Bachelorette.’ Of those 10, he added, “only one of them is in their 30s – and he just turned 30 recently,” so… there’s that. Expect to hear more concrete details about them (and to have a good laugh poring over their profile pages) in the next few weeks.

For what it’s worth, I have 10 guys that I’m pretty sure are cast to be on the “Bachelorette,” and only one of them is in their 30s – and he just turned 30 recently. Might mean something, might mean nothing.

Remind me: What happened on last season of The Bachelorette?

A lot. Hannah Brown was the star, and she put up with zero crap from anyone. Still, Hannah did keep around super conservative contestant Luke Parker, who sparked all kinds of dramaz for arguably way longer than she should have before she finally (finally!) sent him home.

Hannah also had sex in a windmill with current Bachelor Pilot Pete four times, but sent him packing afterward. She ended up choosing singer-songwriter Jed Wyatt over sweetheart Tyler Cameron, only to later dump Jed when she discovered he had been dating someone pretty much up until the moment he went on the show (and later lied about it). Long story long, Hannah is still single.