HL got EXCLUSIVE scoop from ‘The Bold Type’ EP about what’s next after the season 5 premiere, including when Sutton and Richard will see each other, a Jane and Scott kiss, and more!

Jane, Kat, and Sutton are all preparing for the next chapter of their lives in the final 6 episodes of The Bold Type. In the season 5 premiere, Jane and Scott set the record straight about their feelings, Kat struggled with the fallout of sleeping with Ava, and Sutton remained heartbroken over what’s happened with Richard. There are just 5 episodes left, and The Bold Type boss Wendy Straker Hauser spoke EXCLUSIVELY with HollywoodLife about what to expect.

Jane and Scott have been the ultimate slow burn. They know how they feel about each other at this point, and there’s an avenue to make it work as Sutton noted. So, what’s next?
Wendy Straker Hauser: We wanted to keep that option open because we didn’t want to tell the story where just because you work with someone there’s not a possibility or a path if you do it the right way. With Jane, certain things are going to come her way that are going to be obstacles, and it’s going to make it a little more challenging, so we’ll see. She likes him, he gets her, they have a connection, and I think she deeply needs and wants to sort of allow herself to move forward, not only from Ryan but also post-BRCA and her own personal feelings about the reconstructive surgery and stuff like that. It feels like something that she wants and certainly deserves. He’s a great person who respects her, but it’s complicated. 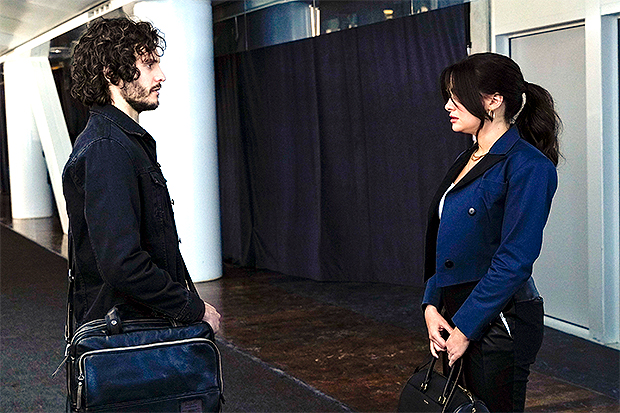 I’m going to need a kiss, Wendy.
Wendy Straker Hauser: We had shot half of the episodes that are now episodes one and two, and I will say we did have a very steamy kiss that was supposed to be in last season, and we had to pull it for a little bit because we wanted to keep the slow burn.

So there will be a kiss at some point?
Wendy Straker Hauser: There is a kiss somewhere. 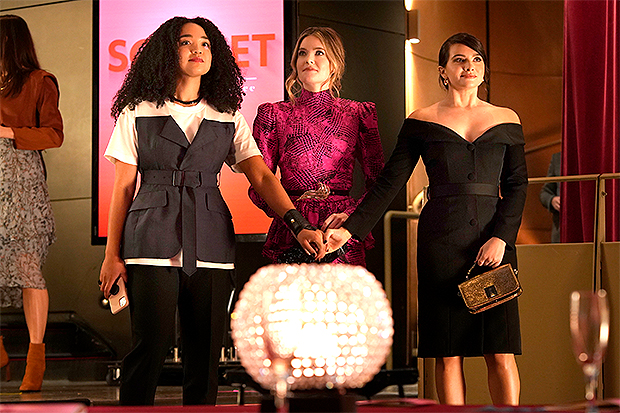 There’s still so much to figure out between Sutton and Richard. He wasn’t in the first episode, but Sutton is still grappling with the end of their relationship. What can you say about their journey in these final episodes?
Wendy Straker Hauser: What I can say is that we went back and forth and all around on their storyline. We’re all huge Sutton and Richard fans. There’s a magic between the two of them when they just lay eyes on each other, and it is a really complicated life decision that they both have very different views and thoughts on. I think she had to sort of process in her brain how quickly things went south, and it got really messy last year. I know there were some fans who were not thrilled with that at all, but it brings up that we all make mistakes, we do things sometimes that are out of character, we do them sometimes from a place of pain, and we have to forgive ourselves, and try to pick up the pieces. He is going to come back this season, and they are going to see each other. It is going to be complicated because there’s so much love there. There’s a desire to sort of live in the dream for a bit. We’ll see how it shapes them and what choices they make, but that love never goes away. Even though he wants that divorce, the love is still there.

Fans obviously see steamy scenes between them in the latest trailer. It definitely seems like they need to have another conversation about their future. Is there anything you can tease about a follow-up talk between them?
Wendy Straker Hauser: We really spend a lot of time with them in a great way. I think at first it’s just two people seeing each other who have a huge history. They’re still married. She’s holding those divorce papers. There’s still so much love and attraction, and then there’s this very deep, real issue that they have which can’t resolve itself unless one person changes their mind. It has been such a tricky story to navigate in a way that feels true and inspiring and exciting and romantic. They’ve also had huge conversations already, as you said, that are very detailed so we sort of allow them to live in that bubble for a little bit and not harp on this very true real divide they have. They see each other, and they love each other. Sometimes we just want to live in the moment a little bit, so we played with that for the two of them. 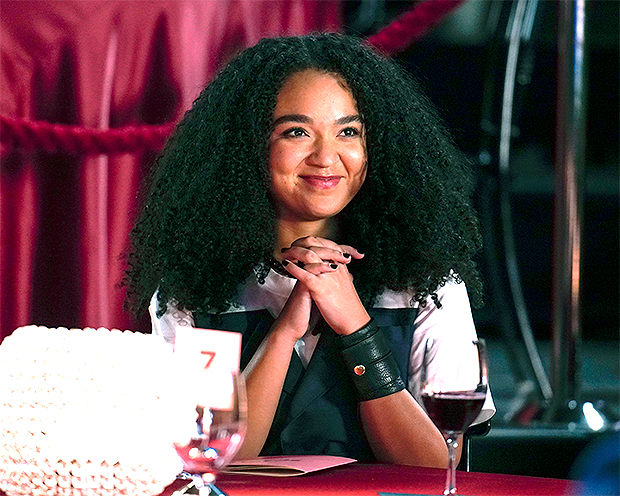 What can fans expect with Kat?
Wendy Straker Hauser: She continues along on her trajectory as a social warrior and kind of grappling with what that looks like for her and how she feels after she slept with Ava. There’s a lot of discussions with her friends about that as well. And then coming to a place of perhaps realizing I’m not just going to jump into bed with everyone that I’m attracted to. I might be ready for something more real, but we also feel like how does somebody who has commitment issues not feel stifled by commitment, both professionally and personally? That is part of her arc as we sort of set her off into the world at the end of the series. What is she afraid of? What makes her so afraid about commitment? Can we make our own rules and still be part of a system or a relationship? And then I think just coming back together with Adena and working with her and the magic of two of them together and how they work together is something we’re exploring as well. That’s going to launch her in a trajectory at least career-wise that is going to be different and unexpected, and I think really rewarding after a season of watching her leave Scarlet and become a bartender. Yes, she had the podcast but the Kat we knew in season one, episode one was the most powerful and successful out of all of them career-wise, so we’re going to see her do some fun things that bring her back into that world.

Series finales are always bittersweet. Is there anything you can say about how The Bold Type comes to an end?
Wendy Straker Hauser: We made some nods to the pilot in the finale. We teased one of them already with the girls screaming on the side of the street. You’ll notice that when they do their screaming their jackets are actually the same colors that their dresses were from the subway. We do certain things like that, and I think the finale is really rewarding and emotional and leaves our girls and Jacqueline off in all different, authentic ways that feel really right for their characters but also feel like the world is going to be a better place in their hands. They’re going to go off and do what they’re supposed to go off and do. I think some of the storylines felt, in a great way, very true to where we were wrapping the show. It was very emotional. There were speeches that were given as part of the show but felt like they were even bigger, and they could have been given by the actors themselves in terms of speaking to our audience and things like that. It truly felt very right and felt like in some ways mirrored the pilot but also brought things full circle in a really rewarding way.