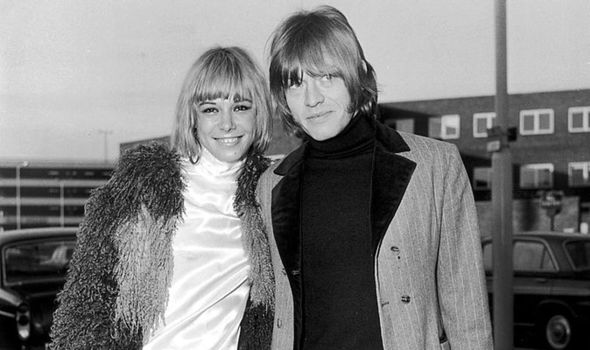 If it sounded messy on paper, it proved even more so in real life.

In a gripping new biography of Pallenberg, She’s A Rainbow, writer Simon Wells documents how the ­casting of the magnetically beautiful German-Italian actress in Performance had an explosive impact on The Rolling Stones. The film resulted in what Marianne Faithfull, then Jagger’s pregnant girlfriend, later described as “a seething cauldron of diabolical ingredients: drugs, incestuous sexual relationships, role reversals, art and life all whipped together into a bitch’s brew”.

Born in Rome in 1942, as a teenager she bewitched Federico Fellini during the making of La Dolce Vita and later spent time in New York as an acolyte of Andy Warhol’s Factory.

Her agent recalled her aura of “uncanny mystery and her wicked cat smile”. Another friend commented, “She didn’t need any limelight – she was the limelight!”

Pallenberg held a dark allure for both sexes. Rumours of witchcraft and black magic clung to her like a second skin. Arriving in London as the capital started to swing, Pallenberg had been Brian Jones’ lover from 1965 until her “defection” to Keith Richards during a trip with the Stones to Morocco in February 1967. 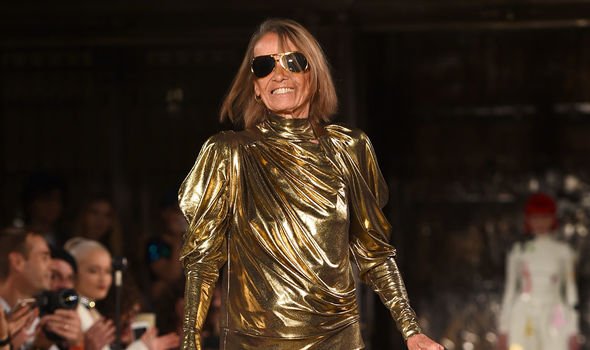 The split marked the beginning of Jones’s downfall. The golden-haired Stone descended into drug and ­alcohol-fuelled disarray, becoming increasingly isolated within the band.

Co-directed by Donald Cammell and Nic Roeg, who later made the arthouse classics Don’t Look Now, The Man Who Fell To Earth and Walkabout, Performance pushed the boundaries of the permissive 1960s with daring depictions of graphic sex, cross-dressing, extreme violence, drug use and psychological terror.

The almost incidental plot centred on an unstable gangster, Chas, hiding out at the home of a reclusive ex-rock star, Turner, and two mysterious women: Pherber, a groupie/muse figure, and the andro­gynous Lucy. Pallenberg was cast as Pherber, Michele Breton played Lucy and James Fox was Chas.

Jagger’s Turner was partly a self-portrait, but he also drew heavily upon elements of Jones and Richards.

The psychosexual ramifications alarmed Faithfull. “He became this hybrid character,” she said. “What I hadn’t anticipated was that Mick, by playing Brian and Keith, would be playing two people who were extremely attractive to Anita, and who were in turn attracted to her.” 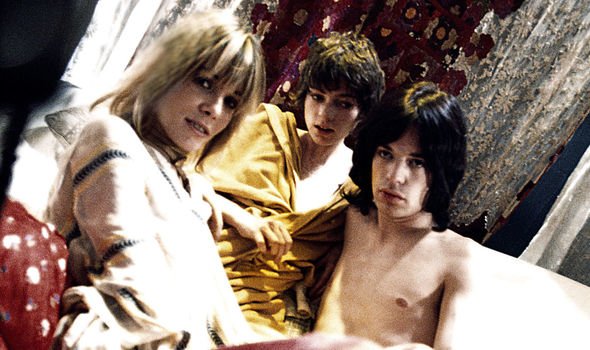 When he became aware of the ­intimate nature of the film, Richards’ reaction was also one of intense ­discomfort. He hated Cammell, later calling him a “twister and a manipulator… utterly predatory”.

He was also well aware of Jagger’s reputation as a ladies’ man. “How much you gonna get for this film?” he asked Pallenberg. “I’ll give you the money. Don’t do the film.”

Pallenberg refused to bow to him.

At the time, she was staying at a luxurious Chelsea flat belonging to wealthy art dealer Robert Fraser. Although Fraser had recently served six months in jail for drug possession after a police raid on Richards’ Redlands country home, he was unreformed.

Both Pallenberg and Richards shared his predilection for shooting up heroin.

A further emotional complication arrived when Pallenberg became pregnant. She decided that a ­termination was the best course of action, partly so she could continue with Performance. 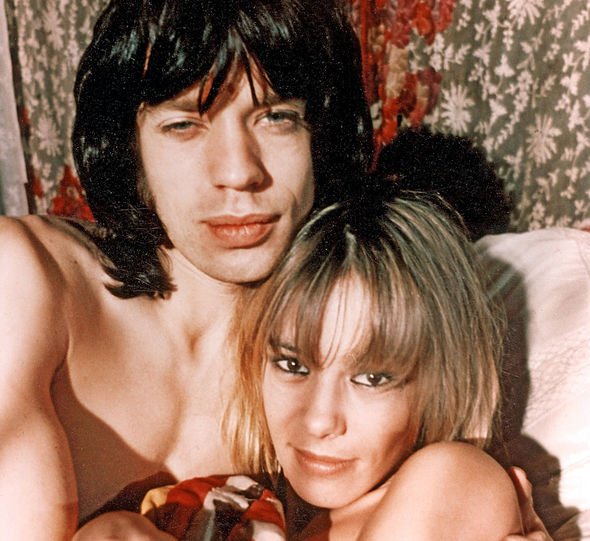 When filming began on September 2, 1968, much of the focus was on the bedroom scenes between Jagger, Pallenberg and Breton. Legend ­suggested the explicit sex scenes took five days to film; more likely they only lasted a few hours.

“Lit by two ­enormous spot lamps shining through the ­colourful textiles, the trio would initially be filmed underneath the covers,” writes Wells. “Such was the sheer abandon being explored, Donald Cammell would also poke a camera under the covers.”

While this highly realistic action was taking place at the Knightsbridge location, a paranoid Richards instructed his chauffeur to drive him in his Bentley and park outside, where he would “nervously smoke, drink and ponder what was occurring inside”.

When Pallenberg returned to their flat late at night, the guitarist interrogated her about the day’s activities, and was often enraged by her teasing, inconclusive answers.

“The lines between acting and a sensual reality frequently blurred during the shoot,” writes Wells.

“On the third day of shooting, Jagger and Pallenberg were reportedly caught in Mick’s room, allegedly realising the action they’d previously initiated under the covers.”

Rumours of an affair between her and Jagger during filming have abounded for more than 50 years. 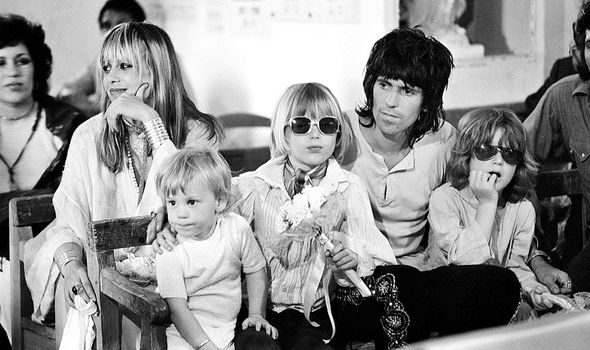 Before his suicide in 1996, Cammell stated unambiguously that they were true. Richards also believes something happened.

Pallenberg, however, denied it: “I was a one-man girl at the time and Keith was the man for me.”

Perhaps understandably, the planned collaboration between Jagger and Richards on the film soundtrack was ditched due to their tense relations.

The volatile personal chemistry fostered by Pallenberg was arguably good for the Stones in the long run, however. With its graphic exploration of the seamier side of Swinging London, Performance enhanced the band’s transgressive credentials, inspiring them to push the envelope even further.

Jagger called upon his dark, Satanic portrayal of Turner for Sympathy for the Devil, the opening track on the classic Rolling Stones album Beggars Banquet, released in December 1968 shortly after Performance wrapped.

As for the movie, the executives at Warner Brothers were disgusted with what they regarded as its depravity, and shelved it indefinitely.

After a substantial re-edit, it was finally released in August 1970.

Since then, the film has enjoyed a healthy afterlife on video and DVD, and has become a critically acclaimed cult classic.

But by then, Brian Jones was dead, having drowned in his swimming pool in July 1969, a month after being ousted from the Rolling Stones. 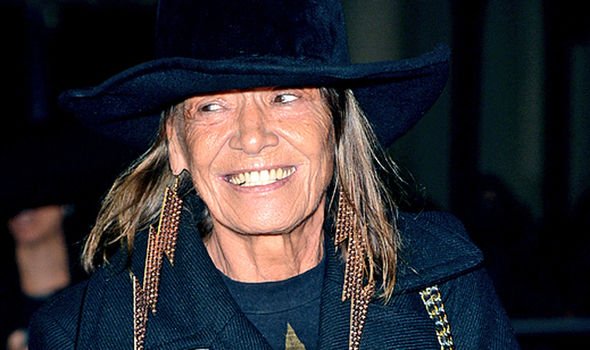 “While the film should have signalled Anita’s elevation to the highest tier of acting, the dark elements embedded in the Performance episode would ultimately neuter her screen ­ambitions,” writes Wells.

Whatever did or did not happen between her and Jagger, Pallenberg and Richards remained a couple and had three children together, of which one, Tara, died from cot death in 1976, aged 10 weeks.

By the time they parted, in 1980, they were both embroiled in drug addiction and scandal.

Richards was busted for heroin in 1977, while a 17-year-old called Scott Carrell shot and killed ­himself in Pallenberg’s bed in 1979, amid rumours of a predatory affair, “spells”, and a game of Russian roulette gone wrong.

She regained her spark in later life, however, studying design at St Martin’s School of Art in the 1990s, splitting her time between Chichester and Chelsea, and tending to her allotment until her death, aged 75, in June 2017. Despite the drama Performance provided, Richards remained a lifelong ally.

• She’s A Rainbow by Simon Wells (Omnibus Press, £20) published March 5. For free delivery call Express Bookshop on 01872 562310 or order via expressbookshop.co.uk. We are no longer accepting cheques or postal orders